Dr. Patricia Daly made the comments during an update on the poisoned drugs crisis and the COVID-19 pandemic to Vancouver city council today.

While prescribed safe supply programs are in place for some drug users who are at the greatest risk of dying from an overdose, “we cannot prescribe our way out of the overdose crisis,” she said.

Last week, Vancouver’s mayor and councillors voted to support an application for an exemption from Canada’s Controlled Drugs and Substances Act that would let a group called the Drug User Liberation Front procure and distribute tested drugs.

The group has held several events where organizers handed out tested, clearly labelled heroin, cocaine and meth in the Downtown Eastside. Because there is no regulated, legal supply of those drugs in Canada, the group has so far bought the drugs from unknown sellers on the dark web.

Vancouver has the highest rate of deaths from illicit drugs in British Columbia.

“This is not to say that it’s because we’re not responding and putting in place interventions to prevent death,” Daly said. “We have the highest population of people at risk for drug overdose deaths within the city of Vancouver, and that’s why we have the highest rate.”

While in other parts of B.C. overdose deaths are mainly happening in private residences, in Vancouver half of all illicit drug deaths are happening in supportive housing or single-room occupancy hotels, according to sudden death data provided by the Vancouver Police Department.

While the COVID-19 pandemic has killed 2,000 people in B.C. since 2020, vaccines have already dramatically reduced the chances of dying from the virus.

There is no such vaccine to halt overdoses, Daly reminded councillors.

Daly also highlighted the links between COVID-19 and the sharp increase in illicit drug deaths, links she fears will continue for years to come. Soon after restrictions to prevent the spread of COVID-19 were put in place in March 2020, visits to overdose prevention sites dropped and overdose deaths increased.

During the pandemic, the illicit drug supply has become unpredictable and even more tainted with additives like fentanyl — a powerful synthetic opioid — and unregulated benzodiazepines, a type of tranquilizer. Depressants like fentanyl and benzos are now more likely to be found in drugs that are sold to users as stimulants, such as cocaine.

Daly said surveys conducted by the BC Centre for Disease Control showed that during the pandemic, young adults in the province experienced more food insecurity, worse mental health, had higher need for financial relief and were more stressed and lonelier than older age groups. A survey of children’s caregivers also showed the pandemic caused more stress, fewer social connections and less learning for kids, and that many families lost their child care during the pandemic.

All of those stressors increase the likelihood that young British Columbians may use substances in the future, Daly said.

“We need to be concerned about this, because these mental health challenges could have profound and long-lasting impacts for young people, their overall health, and could lead to increase the risk of substance use in the future,” Daly said. “And so, we need to then bring it back to our other public health emergency… we need to consider how the response to the pandemic may have increased risk for other conditions in our young adults and children.”

A recent provincial announcement of $132 million for addictions treatment and recovery is welcome, Daly said.

She also called for investment in supports for children and teens, and especially for supports for Indigenous youth, who are also often dealing with intergenerational trauma that has its roots in colonial policies.

But while prevention and treatment are important, Daly reiterated that delivering a safe supply, without medical “gatekeepers,” is the only thing that will slow the rate of deaths at this point.

While some drug users have been able to access prescribed alternatives to illicit drugs, not enough people have access and those safe supply programs don’t work for everyone, Daly said.

Prior to 2020, interventions like overdose prevention sites and making the overdose reversal drug naloxone widely available seemed to be effective in slowing the rate of overdose deaths. The death rate would have been higher without those harm reduction services, Daly said, but now more work is needed to prevent overdoses from happening in the first place.

She compared the compassion club model to the cannabis stores that were common across Vancouver before marijuana was legalized by the federal government in 2019. Those stores were technically illegal and sourced their product from the illicit market, but were allowed to continue operating by city council and the police. 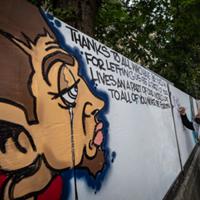 In response to a question from Coun. Melissa De Genova, Fiona Wilson, a deputy chief with the Vancouver Police Department said the department supports safe supply, but has concerns about the compassion club model.

Without a regulated supply of drugs like heroin — which does not exist in Canada yet — the model could support organized crime and lead to violent robberies, similar to the brutal assaults cannabis stores experienced before legalization, Wilson told council.

Daly said the only legal supply of heroin currently available in Canada is procured by the Crosstown Clinic in Vancouver’s Downtown Eastside, and that heroin is sourced from outside Canada. Crosstown’s prescription heroin program is limited to a small number of participants.

“This is the single most important intervention,” Daly said of the need to increase access to non-tainted drugs, in response to a question from Coun. Rebecca Bligh about what council should be advocating for.