Vancouver city council voted Thursday to support an attempt to start a compassion club that would provide drug users with untainted heroin, cocaine and methamphetamines in the midst of B.C.’s deadly overdose crisis.

Dozens of speakers called in to tell councillors about their experiences responding to hundreds of overdoses, often getting there too late and finding their lifeless bodies, and of losing friends who had themselves saved others from overdoses before succumbing to tainted drugs.

The motion, brought forward by COPE Coun. Jean Swanson, asked the mayor and councillors to support a request for exemption from Canada’s Controlled Drugs and Substances Act that would let the compassion club procure drugs.

Vancouver Coastal Health also supports the application and will help implement the compassion club model if the exemption is granted.

A group called the Drug User Liberation Front has applied for the exemption after running on three events in the Downtown Eastside where organizers handed out packages of tested and labelled heroin, cocaine and methamphetamine, with no overdoses recorded.

But with no legal, regulated supply of those drugs available in Canada, DULF organizers have had to buy the drugs for each of those events from the dark web.

That was a concern for some councillors, who said they could not support a program that would buy drugs from an unknown source, potentially funding organized crime groups or terrorists.

“It would be disingenuous or naive to suggest that the dark web is not a vehicle for organized crime and people who perpetuate violence on other people, so what it amounts to is: should we endorse that particular model?” said Green Coun. Pete Fry.

“It’s endorsing a harm reduction for some, but (is harm) being perpetuated for others… by the people who are organizing on the dark web? How we get around this to support it in a way that does not endorse that?”

NPA Coun. Melissa de Genova repeatedly raised concerns about the dark web in response to many of the speakers who called in to support the motion, raising the spectre of child pornography and terrorism as well as the illicit drug trade. Independent Coun. Lisa Dominato also said she was concerned that buying from the dark web could support organized crime.

British Columbia’s tainted drug supply is becoming deadlier by the month. In 2020, drug toxicity deaths shot up and they’ve continued to steadily increase this year: 184 people died in July, the deadliest month recorded in 2021. In 2020, 1,734 people died of overdoses. If current trends continue, over 2,000 British Columbians could lose their lives by the end of 2021.

B.C. has the highest rate of drug deaths in Canada, at 40 deaths per 100,000 people — a higher rate than 48 U.S. states, including some of those hardest hit by the crisis like Ohio and Pennsylvania.

The province’s illicit supply is now contaminated with fentanyl — a powerful synthetic opioid — as well as benzodiazepines and other dangerous additives. The mix is unpredictable and changes all the time, making it impossible for drug users to know what will happen when they take drugs.

Donald MacPherson, the executive director of the Canadian Drug Policy Coalition, told council he supports DULF’s application for an exemption and the compassion club model.

MacPherson reminded councillors that other efforts like needle exchanges and safe injection sites were once illegal. But drug user activists persisted and showed how the services could operate and save lives even though they were breaking the law to do so — just as DULF is doing now.

The leadership of civic politicians, like former mayor Philip Owen, also helped to pave the way for Vancouver to adopt harm reduction services that were once taboo, MacPherson said.

In response to Fry and de Genova’s concerns about using the dark web to source drugs, MacPherson said in the absence of a safe, regulated and legal supply of drugs like heroin and cocaine, the DULF model presents a safer choice.

“We’re stuck with a tough dilemma. People are going to go buy drugs tonight from the illegal market, whatever that looks like — they will do that,” MacPherson said.

“The proposal before you acknowledges that that’s very dangerous and presents a way of making it safer, without having the ideal fix — which would be accessing legal regulated drugs, which we’re all trying to get to.”

Canada’s Controlled Drugs and Substances Act allows the federal health minister to issue an exemption from any part of the legislation “for a medical or scientific purpose or is otherwise in the public interest.” 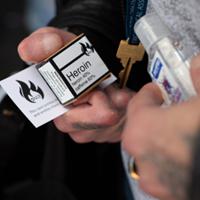 Eris Nyx, one of the founders of DULF, said getting the Section 56 exemption is key to being able to move towards getting the drugs from a regulated and legal supplier.

One of those suppliers could be Fair Price Pharma, a non-profit company set up by former B.C. provincial health officer Dr. Perry Kendall to manufacture injectable heroin. However, those legal supplies are not yet available in Canada.

The end goal for many of the supporters of DULF who spoke to council is legalizing the currently illicit drug supply.

“It is the unpredictability of the drug supply that is killing people,” Jeremy Kalicum, a co-founder of DULF, told council. 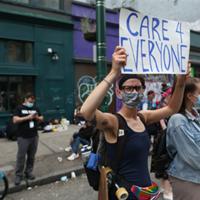 “Drug prices are set not at fair market, but at prices that allow maximum financial exploitation, which in turn drives crime.”

In response to the concerns raised about buying drugs from the dark web, Swanson introduced an amendment to her motion, stating that council would support the exemption request as long as DULF gets its supply from a legal, regulated source.

De Genova voted in favour of endorsing DULF’s application for the Section 56 exemption, but against writing to Ottawa to support it and against asking city staff to look at other ways safe drug supply could be provided. The mayor and all other councillors voted in support of the entire motion.

Nyx said council’s support will help, but DULF is committed to running the compassion club with or without the political help.

“We’re going to run this program by hell or high water because it will save lives,” Nyx said. “We’re a radical organization. We don’t need state sanctioning — but it helps. Safe supply by any means necessary.”

* Story updated on Oct. 8 at 12:19 p.m. to correct Lisa Dominato's party affiliation. In April 2021, Dominato left the Non-Partisan Association to sit as an independent councillor.