It took Kathy Calder four years to put her sister Leanne Calder’s photo up on the wall after she died of a cocaine overdose in 2003. Losing her younger sister nearly destroyed her, Calder said.

“I lost a piece of my face when she died. My heart was breaking so much that you could see it on my face.”

Now, nearly 18 years after Leanne’s death, Calder has no idea when she’ll be able to face the pain of putting her daughter’s portrait on the wall next to her sister’s.

Danielle Lucas died in May due to toxic drugs. The single mother of three was one of 160 people who died of toxic drugs in B.C. that month.

At 36, Lucas was just a year younger than her aunt when she died.

“Losing a child is a completely different thing,” said Calder. Danielle was her husband’s daughter from a previous marriage, but Calder said she considered Danielle her own from the moment she met her at age 12.

“It rips you. Your heart is literally broken, you can feel the ache in your chest,” she says. “And we’re losing kids every day.”

Calder says the province should have done more to support people who use drugs and provide a regulated, safe supply in the nearly two decades between the deaths of her sister and daughter.

Instead, the family’s two losses a generation apart are emblematic of how little things have changed, as the drug supply in British Columbia has become increasingly potent, unpredictable and toxic.

“It’s like nothing has happened,” Calder said. “If you’re treating your most vulnerable this way, what kind of government are you?”

Nearly a decade before Leanne died, the alarm had been sounded on the risk of overdose deaths, particularly from heroin and cocaine.

Personal possession of small amounts of some drugs should be decriminalized, and a “medical model,” including prescription heroin, should be pursued, B.C. chief coroner Vince Cain wrote in a 1994 report on illicit narcotic overdose deaths.

“We have the problem, and we must do what we can about it, now,” he wrote.

Calder said her sister Leanne, who worked in restaurants and at a golf course in Parksville on Vancouver Island, was devoted to her eight-year-old daughter Savannah. She liked to party and drank often, but Calder said she wasn’t aware her sister used other substances.

Leanne certainly wouldn’t have met the medical diagnosis of “substance use disorder,” which is currently required to access prescription alternatives to street drugs.

The Calder sisters last spoke early on the morning of June 30, 2003. Kathy didn’t know Leanne, who was divorced and a single mother, was going to a party later that night.

Their brother found Leanne in a hot tub at the party in Parksville just after midnight on July 1. The coroner’s report, reviewed by The Tyee, found recent alcohol and cocaine use caused her to lose consciousness and drown.

Calder was working as a server at a local restaurant later that morning when her husband came to tell her that her sister was gone.

She and her sister had plans for Calder to move back to Vancouver Island from the Lower Mainland so they could camp and fish and laugh together more often. “It knocked me so hard, I am surprised I lived.”

Leanne had helped reunite Calder with her husband, and Danielle’s father, Drew, just the year before. Having him with her in the weeks and months after her sister’s death “saved her,” Calder said, but she began depending on alcohol to cope with the grief and loss.

She stopped drinking in 2011, and this September will mark 10 years in recovery.

Despite rising drug deaths, it wasn’t until 13 years after Leanne’s death that toxic drugs were declared a public health emergency in B.C., as powerful opioids fentanyl and carfentanil arrived.

Fentanyl has been present in 85 per cent of toxic drug deaths in 2021 and 86 per cent the year before, up from five per cent in 2012. And the pandemic saw use of carfentanil, up to 100 times more potent than fentanyl, skyrocket because it is smaller and easier to transport through locked-down borders.

Benzodiazepines, a class of depressants, are also increasingly present in opioids, creating a dangerous combination that can increase a person’s risk of dying by stopping their breathing.

These more potent mixes make it difficult for anyone, even those who use regularly, to know what dose they are taking. Many of the people dying each month in B.C. are not habitual users, meaning their tolerance and knowledge of the supply is even lower.

Carfentanil contributed to 60 deaths in 2020, and it has already killed 75 people this year, including Danielle Lucas.

Lucas was a loving mother to her three young children as she struggled with alcohol dependence and issues in a past relationship, said Calder.

In 2019, her oldest child went to live with their father and her two youngest were taken into foster care. “It just broke her,” Calder said, which was when she began to realize Lucas was drinking again.

Calder doesn’t know when her daughter may have started to use other substances, but she had never known her to try anything else but alcohol.

“I think with losing her kids and COVID-19, it really changed her patterns. Now you’re sitting around and not seeing as many people. It kicked the crap out of everyone’s regular routines and for her and so many others, inserted alcohol and drugs.” 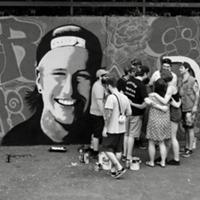 I Want to Tell You How This Feels

Calder wishes her family’s pain on no one but knows many more families will go through something similar unless emergency action is taken.

She wants to see a safe, regulated supply of drugs made available to anyone who needs it, more education for high school students about how toxic the current drug supply is, and an emergency-response style team of people to reach out to people like Danielle who are in programs but still don’t have the support they need.

“The system failed her as well.”

Vancouver is currently applying for federal permission to decriminalize personal possession of drugs, nearly three decades since Cain’s call for the same.

And Minister of Mental Health and Addictions Sheila Malcolmson said recently that details on an expanded safe supply directive, promised before the September election campaign, would come in a matter of weeks.

But as the guidance currently stands, neither Leanne nor Danielle would have qualified for regulated options because they did not have a diagnosed substance use disorder.

Calder did move to Vancouver Island. She spends her days in Union Bay gardening, writing letters to government and elected officials, speaking with fellow members of Moms Stop the Harm and trying to communicate the grief the crisis has left her and her family, and thousands of others, carrying.

There are other days where she can’t work through the grief, days she spends taking long baths and letting herself off the hook for anything she planned to do.

On those days she is most worried about her sons, her friends, their families, and seeing the police walk up to her door to tell her another loved one is gone.

“We’re losing daughters and sons and sisters and brothers and mothers, and children are being left to live with their grandparents,” Calder said.

“How much more can we take? Something should have been done a long time ago.”