Canadians consume, on average, just under two-and-a-half pounds of blueberries every year and blueberries are, following apples and competing with cranberries, one of the top three fruits produced in Canada by weight.

Still, their prices don’t quite capture the public’s attention like those of bread — the subject of a highly publicized investigation by the Competition Bureau.

Perhaps this is why the Competition Bureau did not make an announcement when it folded an investigation into wild blueberry price-fixing in March 2020, even though most major news organizations covered the opening of the file in 2018.

The Tyee learned about the end of the investigation when the bureau said it had been closed in an email reply to questions this week.

Some growers in the Maritime provinces had called for an investigation into whether blueberry processor Oxford Frozen Foods, the major buyer in the region, was involved in suppressing the local price paid for blueberries.

Complainants noted that some competing American buyers paid almost double the price to U.S. blueberry farmers when buying south of the border but appeared to match Oxford Frozen Foods’ rates when buying in Canada.

Growers were paid around 22 cents a pound in Canada versus 45 cents in Maine, in many cases by the same company, a grower told SaltWire Network. Meanwhile, a local Loblaw-owned grocery store next to the Oxford plant sold the berries for just under $4 per pound, reported SaltWire.

In 2017, producers in Canada told SaltWire that 22 cents a pound didn’t even cover their production costs. Bumper crops that year are thought to have pushed prices down to an all-time low — but this did not explain the discrepancy between the Canadian Maritime and nearby U.S. markets.

The probe “did not find sufficient evidence that an offence under the Competition Act had occurred,” the Competition Bureau told The Tyee by email, adding that it wasn’t able to provide further details due to the requirements of the act.

Vass Bednar, executive director of the master of public policy in digital society program at McMaster University and author of the regulatory newsletter Regs to Riches probed some of the lingering questions surrounding the Maritime blueberry industry in a post last Sunday.

Oxford, Nova Scotia, may be something of a “company town” for Oxford Frozen Foods, Bednar argues. A significant portion of the town’s residents work for the company and are eligible for interest-free housing loans worth up to $20,000, which are forgivable after 10 years.

Such loaning practices — which are making a comeback in competition for workers in digital platform “towns,” says Bednar — can trap workers, who are discouraged from switching jobs since they’d have to repay the loans.

The parent of Oxford Frozen Foods is the Bragg Group of Companies, headed by John Bragg, the “undisputed blueberry baron of Canada,” according to Canadian Business. Bragg nabbed the number 87 spot on the magazine’s list of Canada’s richest people in 2018.

Aside from being a blueberry baron, Bragg also owns Eastlink Communications, which offers television, internet, land and mobile phone services earning half a billion dollars in annual revenue. A recent press release boasted that Eastlink’s “roots” began on a blueberry farm in rural Nova Scotia 50 years ago.

Frank Quinn, president of the Crossroads Blueberry Co-op, which is located a few hours southwest of Bragg’s Oxford plant, told SaltWire that Bragg once told him he could either sell his berries exclusively to Oxford Frozen Foods, or Oxford — the dominant buyer in the area — would stop buying from him altogether.

Quinn confirmed the story to The Tyee, adding that this was about 25 years ago, and he and his more than 100 members have never sold to Oxford Frozen Foods since.

Quinn added that blueberry prices had quadrupled to nearly 78 cents a pound over the past few years because of poor crops and lowered supply.

The discrepancy in prices paid in the U.S. versus Canada may have been explained by longer-term contracts guaranteeing those higher U.S. prices would continue to be paid at a time of falling prices, Quinn said.

But the market power of Oxford Frozen Foods has only increased since the Competition Bureau probe was launched, said Quinn. There are only a few buyers remaining in the country, with several having gone out of business since 2017.

If a smaller competitor tries to offer growers a higher price than a dominant buyer, said Quinn, that dominant buyer can simply find out who the small competitor is selling to and offer them a lower price.

“In a year or two, the small company is out of business,” said Quinn.

There are only four or five buyers left now, while only a few years ago there were many more, said Quinn.

One buyer in Nova Scotia just went out of business, says Quinn, and another large firm in the U.S, Wyman’s, just bought out another — Allen’s Blueberry Freezer.

Quinn said he was, until The Tyee informed him, unaware that the investigation had been closed. 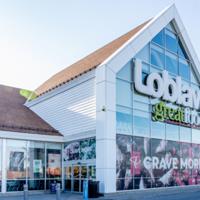 The Tyee reached out to Oxford Frozen Foods to ask questions about the inquiry, blueberry prices and their forgivable loans program, but had not heard back by publication time.

In 2018, the company flatly denied suppressing prices. “We do not engage in any price fixing behaviour,” a company spokesperson told SaltWire.

To date, the Competition Bureau has publicly mentioned its blueberry inquiry only once, during a celebration of the short-lived “Anti-Cartel Day” initiative.

“The Bureau is committed to get concrete results for Canadians,” the Competition Bureau noted on its fourth and last Anti-Cartel Day in 2018.

“As you may have heard recently, the Bureau is pursuing investigations across many markets, such as retail bread, wild blueberries and newspapers,” the bureau announcement continued. 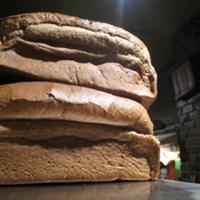 The bureau also folded its case against newspapers without recommending any charges early this year, though the investigation involved raids, compelled testimony and legal battles over evidence admissibility.

The blueberry case, in contrast, produced no court records or publicly obtainable details at all before it ended last spring, suggesting that no search or other warrants were sought.

Recent Tyee reporting raised questions on whether the bureau was also examining meat pricing, after court documents revealed that the CEO of Maple Leaf Foods had discussed extending pricing strategies — infamously applied to bread, and alleged to be illegal — to its meat products.

Allegations of price fixing are also surrounding the global market for farmed salmon, with an ongoing $500-million class-action suit launched by an anti-poverty activist slowly making its way through federal court.