Premier John Horgan’s announcement today that the government will continue with the Site C dam despite massive budget increases and delays brought criticism from opponents and supporters of the project.

“We’ve seen mismanagement of this file,” said Tom Shypitka, the BC Liberal critic for energy, mines and low carbon innovation. “It’s a sad day for the taxpayers, but it’s a good thing to see Site C proceed for the future of British Columbians.”

Horgan announced the government will continue with the project even though the budget has grown to $16 billion, an increase he blamed largely on unexpected geotechnical issues and delays due to the COVID-19 pandemic. It is now expected to be in service in 2025.

Shypitka said the cost of the dam has doubled since the NDP came to government and that the oversight committee it put in place in 2018 has clearly failed. “Under their watch, this project has gone off the rails. That’s on the NDP government.”

He rejected the idea the BC Liberals should have been more diligent before starting the project. It’s unclear how much of the delay and cost escalation can be blamed on the pandemic and how much was due to the NDP’s mismanagement, he said.

The BC Green Party has long opposed Site C, and today Leader Sonia Furstenau said the NDP should have cancelled the project when the party formed government in 2017.

“British Columbians should brace themselves, as this isn’t the last time they are going to hear about costs going up at Site C,” Furstenau said in a press release. “The issues facing Site C are significant and aren’t going away. There will be ongoing geotechnical problems impacting public safety, which will further escalate the costs.”

The West Moberly First Nations said the government made the decision to continue construction without consulting First Nations, downstream residents or the public.

“We are not at all convinced that this project is safe,” West Moberly Chief Roland Willson said in a statement released shortly after Horgan’s announcement. “The premier’s decision has grave consequences for West Moberly and other First Nations. His government had a constitutional duty to consult us.... Yet the premier hasn’t so much as acknowledged our existence on this issue.”

The First Nation has filed a civil claim against the government over the dam that is scheduled for 120 days in court next spring, Willson said.

“It’s the last place we want to be, but we’ve never been more sure that Site C is a violation of our treaty rights. If the premier hasn’t been forced to cancel the project by the time our case is decided, the court will have the opportunity to do that for him.”

The Union of BC Indian Chiefs released a statement condemning the decision that quoted Grand Chief Stewart Phillip, its president, saying “The Horgan government has made a monumental error in judgment by proceeding with this disgraceful blight of a project.”

“This risky and unneeded project should have been cancelled long ago, but even now, it was not too late to change direction and protect the Peace from further harm.”

Joe Foy, protected areas campaigner for the Wilderness Committee environmental group, said cancelling the project would have been the best decision for British Columbians. 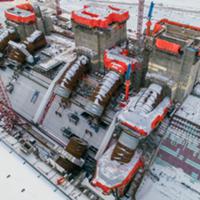 “Site C could very well hit $20 billion from the public coffers — and at the end of the day we could end up with a monstrous monument to greed and stupidity that may not work,” he said. “The government was aware from the beginning that building a huge dam on a shaky site with no bedrock is too risky. These findings confirm how dangerous and foolhardy this project has been from the get-go.”

“I know there are a lot of British Columbians who have never accepted this as an appropriate way for BC Hydro to go,” Horgan said today.

His government inherited a project it never would have started and has done its best to deal with circumstances as they’ve presented themselves, he said.