When the election results are final and the B.C. legislature resumes sitting, it will be no closer to reflecting the province’s racial diversity than it was before the election.

That’s the conclusion of Rob Gillezeau, an assistant professor of economics at the University of Victoria, after looking for people who were Black, Indigenous or people of colour among the winning candidates.

“My sense of the results so far is really limited progress across the board in terms of representation,” said Gillezeau, who previously worked in the offices of B.C. Finance Minister Carole James and former federal NDP leaders Tom Mulcair and Jack Layton.

While there was modest improvement on the gender balance of the house, he said, there was no gain in the number of people who are BIPOC winning seats.

While people who are BIPOC make up 36.2 per cent of the provincial population according to census figures from 2016, they will continue to hold 19 of the 87 seats in the legislature, or less than 22 per cent, he said.

Final voting results won’t be available for another week or more, but they are unlikely to differ significantly from the preliminary results.

Though she’d like to see representation rise until it at least reflects the population, Savanna So Wai Pelech said, “I guess I’m happy it didn’t go down.”

Pelech is the co-chair of the BC NDP’s Indigenous, Black and people of colour committee, but stressed that she was talking as an individual providing her own views and not on behalf of the committee.

The committee raised concerns internally during the campaign about the lack of racialized voices among the party’s decision-makers and inner circles.

While the conversation around equity and diversity has progressed quickly this year, there’s much further to go, Pelech said. “In all political circles people need to be talking about how to best represent British Columbians in all ways.”

Aside from gender and race, other categories are harder to determine without putting potentially invasive questions to the 87 people elected.

But there continue to be at least six MLAs who are lesbian, gay or bisexual. Of the three MLAs before the election who use wheelchairs, just one was re-elected. 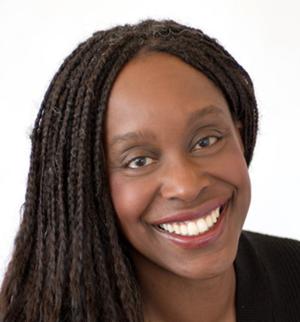 While several sources said Premier John Horgan added to the challenge of recruiting diverse candidates by calling the election early without warning to the other parties, many also see a longer-term challenge that all of the province’s political parties have failed to address.

The sacrifices required to run are easier for some people than for others, especially on short notice, Gunderson said. “To ask somebody to stop their life for five weeks, who can do that? A very select group of people.”

Pelech too said it is difficult to get BIPOC people into positions where they can run. Not everyone can take a month or more off work to campaign, and many would need access to child care or funding so that they could fully participate.

There’s also a question about what experience the public is likely to view as qualifying someone for office and the greater tolerance for white settlers to learn on the job, she said. “The bar is set higher for BIPOC folks to be perceived as qualified to hold office.”

And in many cases, they’ll face barriers such as past experiences of trauma that others may not, she said.

A new report released today by Chris Tenove and Heidi Tworek at the University of British Columbia’s Centre for the Study of Democratic Institutions, Trolled on the Campaign Trail: Online Incivility and Abuse in Canadian Politics, looked at social media from the 2019 federal election.

“Women and racialized candidates were not necessarily subjected to higher rates of incivility online, but the impact of the incivility and abuse they faced was often amplified by their lived experiences of threat, harassment or marginalization offline,” the authors found.

Gunderson said parties need to recognize that BIPOC candidates face challenges that other candidates don’t and can respond by making sure they receive the financial and other support they need to be successful.

There’s also work to do between elections, when parties need to look at their membership and think about how to create diversity, since that’s often where candidates are drawn from, she said.

That will mean reaching out to different communities to ask what their issues are and what they’d like done, she said. It could take the form of town halls, focus groups or round tables. Parties should also be seeking out prominent and respected community members and building relationships.

It’s a matter of parties and communities getting to know each other, and it’s not work that can be done quickly, Gunderson said. When BIPOC candidates are nominated it needs to be in constituencies that the party is likely to win.

There’s also a need for a campaign school for BIPOC people similar to programs encouraging the involvement of women in politics, she said, adding she plans to put her energy into organizing one for 2021.

Gunderson, who moved with her family from the U.S., said she finds few Canadians want to have a conversation about race and political power. “There’s this complete lack still of wanting to talk around race and ethnicity,” she said. “We like to do this passive aggressive stuff when it comes to race, and I think we’re seeing the results of that.”

Sonia Theroux, a co-executive director of the advocacy group Leadnow who has worked in the past on campaigns for Green candidates, said that while the numbers of diverse candidates matter, it’s also important to consider the environment people are being recruited into and what opportunities there are for them once they’re there.

“All progressives love Bowinn Ma, but if I don’t see the NDP give cabinet positions to people like Bowinn Ma, then I’m not seeing the change I want from the NDP,” she said.

Theroux said the NDP’s equity mandate appears to have helped add to the number of women in the legislature, though she was frustrated when the party cynically “threw it out the door” in Stikine so it could nominate former MP Nathan Cullen.

Under the NDP’s equity mandate, which it has mostly followed for several elections, when an elected female NDP MLA retires, she can only be replaced by another woman. When a male MLA retires, the replacement has to be either a woman or a member of another equity-seeking group.

Neither of the other parties has a similar policy, though each has in the past expressed good intentions about increasing the diversity of their candidates and MLAs.

The result for the NDP is that nearly half of the MLAs elected for the party, 27 out of 55, are women. They were the reason the number of women in the 87-seat house grew from 28 to 35, making it closer to reaching gender parity.

“It takes that kind of proactive approach to combat the barriers that exist,” Theroux said. “We’re doing better at removing barriers for women than we are for racialized and Indigenous people.”

Theroux said she’d be interested in a party that distinguishes women from racialized candidates and recognizes that there are different challenges.

For the NDP, 25 per cent of the MLAs elected are either Indigenous or people of colour. That compares to 14 per cent of the BC Liberal MLAs and one of the three Green MLAs. (Issues of identity are complicated and counts may not be exact.)

Gillezeau at UVic said an equity mandate designed to make sure more BIPOC candidates got to run in safe seats would help.

It’s also important to have a mentorship approach where parties identify committed and talented people from diverse backgrounds and give them access to people and ideas, he said. It also means making sure the political staff is diverse, as that’s a common path into elected positions.

Olivia Dixon said a good start would be for all the parties to strike committees like the NDP’s Indigenous, Black and people of colour committee. She’s the treasurer of that committee, but spoke to The Tyee as an individual, not a committee representative. 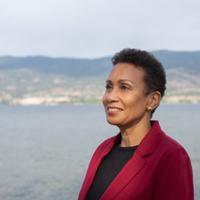 ‘Not on Your Life’: Toni Boot Refuses to Back Down

According to the preliminary results, three quarters of the 29 BC Liberals elected are male and at least 86 per cent are white. Former BC Liberal candidate Puneet Sandhar talked about the issue on Global television’s election night coverage. “The party needs to go back and reflect on a lot of things,” she said. Mentioning women and youth, she said, “I think the party needs to be more diverse.”

Leader Andrew Wilkinson announced his resignation this week, launching the Liberals into a period of renewal.

The Greens recognized during the 2017 election campaign that the party had work to do on diversity, but Furstenau, who became leader one week before the campaign started, has said the snap election had the party scrambling for candidates and made it more difficult to recruit a more diverse slate.

Dixon said diversifying all the parties would also mean more voters would be able to choose a candidate who makes the legislature more diverse, but also aligns with their values.

“There should be more of us to choose from,” she said.