Across the country, workplaces are shutting down to prevent the spread of COVID-19. With health-care officials calling for people to restrict their local and interprovincial movements, and with the international border closed to non-essential travel, people across Canada are being asked to stay home. To keep their distance. To only go out when necessary.

Most provinces and territories, however, are exempting most mining employees from travel restrictions.

This juxtaposition is on full display in the Northwest Territories, where concerns about COVID-19 have prompted the government to implement strict new travel restrictions — violators of which face fines up to C$10,000 and up to six month’s imprisonment. But these restrictions do not apply to mine workers, says Allan Torng, a senior environmental health advisor to N.W.T.

“Employees entering the territory for mining and mineral processing are classified as industry workers,” says Torng. Because they are deemed essential to N.W.T's economic function, mineral and petroleum “industry workers are permitted entry into the Northwest Territories,” he says.

Other essential workers in N.W.T's include suppliers to the mineral and petroleum industry and those moving goods in and out of the region, as well as those working in health care, first response, law enforcement, parks, corrections, construction and aviation.

Across Canada, Indigenous leaders, health-care workers, and local residents are worried that mining activities — compounded by the industry’s fly-in, fly-out culture — could give rise to the swift spread of the highly contagious virus, particularly in remote Indigenous villages where access to health care is limited.

In Nunavut, residents in Rankin Inlet — a 1,180-kilometre flight from Iqaluit, Nunavut’s capital and most populous city — blocked access to Agnico Eagle’s Meliadine gold mine after mine employees from outside the territory arrived at the airport and headed toward the worksite on March 19.

Agnico Eagle now plans to curtail all three of its mine operations in Nunavut, as it has already done at its three mines in Quebec to comply with provincial orders. Agnico Eagle’s two mines in Mexico and one in Finland continue to operate at normal capacity, according to the company.

In Yukon, Simon Mervyn, chief of the Na-cho Nyäk Dun First Nation, sent a letter to Premier Sandy Silver calling on the territorial government to implement increased restrictions on movement in and out of the territory, as well as a pause on mining activities.

Mervyn wrote that unrestricted movement, particularly by miners, “creates an enormous risk for NND, particularly our elders and our other citizens with pre-existing health issues, who are at particular risk from the virus’s most dangerous consequences.”

Such modifications have been made in Nunavut, where authorities have implemented one of Canada’s strictest COVID-19-related travel bans. The territory is permitting essential workers, including mining workers, to enter “provided that companies avoid all contact with nearby hamlets and municipalities,” says Erika Zell, with Nunavut’s Department of Economic Development and Transportation. “All Nunavummiut employees working at project sites have been returned to their home communities on standby pay to reduce the risk of transmission into communities,” she adds.

But other territories are looking to pull employees in from far and wide. With the price of gold surging, Victoria Gold Corp., for instance, has announced that the company is continuing to work — and hiring for — the Eagle gold mine in Yukon.

In a memo dated March 16, Victoria Gold Corp.’s president and CEO John McConnell says that though the company is asking employees travelling to the mine from outside Canada to self-isolate for two weeks, McConnell says that he, as CEO, could grant case-by-case exemptions to this rule. 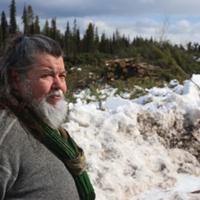 Canada’s recent deployment of the Quarantine Act does not affect the movement of mineral and petroleum industry workers, who are considered essential across the country. But things are changing quickly, and new regulations in Yukon have since enforced the 14-day rule.

Lewis Rifkind, a mining analyst for the Yukon Conservation Society, says it seems Victoria Gold Corp. is putting workers and communities at unnecessary risk by keeping Eagle Mine open, and mixing workers from outside the territory with those from inside. He suggests the company should pause its operations, or at the very least only operate with Yukon workers instead of bringing workers in.

“Gold just sits in the ground and doesn’t rot. If it’s dug up, it just sits in bank vaults or becomes jewelry. There is a very small and limited use of it in industry, but there’s already enough gold dug up for that,” Rifkind says. “By allowing this non-essential industry to continue with outside workers the Yukon is increasing the risk of COVID-19 spreading to the smaller Yukon communities.”