After an op-ed calling for Canada to abandon diversity and tolerance provoked outrage, Vancouver Sun and Province editor-in-chief Harold Munro published an apology Saturday, addressed staff on Monday, and issued a memo with proposed fixes to the system on Wednesday.

If he thought that would calm his newsroom, he was wrong.

The offending opinion piece, by Calgary college instructor Mark Hecht, argued Canada should “say goodbye to diversity, tolerance and inclusion” or risk unraveling as a society. It cited discredited reports by an anti-Muslim think tank.

The piece reportedly was greenlighted by Sun and Province editorial pages editor Gordon Clark without Munro’s sign-off. Almost as soon as it was published, many Sun and Province journalists condemned it on social media.

Now Munro is taking direct fire internally from employees who don’t approve of how he has handled the controversy, and the slant of the paper he leads.

As a result, sources say, Munro has agreed to meet with a contingent of Sun and Province journalists, including some of the most senior and decorated, who wish to press for more changes at Vancouver’s two Postmedia-owned newspapers.

One staffer’s email to Munro, circulated widely to colleagues, called the top editor’s apology “weak and tepid” and “not enough.” Within hours more than a dozen fellow staffers had registered their support, hitting reply-all to place their displeasure on full display.

Here is a verbatim transcription of most of the email, which The Tyee obtained not from the author.

“I would like to stress that reading a blatantly racist op-ed of white nationalist talking points disgusted & infuriated me & has been very difficult trying to work since then. I do not feel that either your published apology or explanations to staff were adequate — nor do they adequately address the hateful racism so casually on display in our paper’s op-eds.

“I have two suggestions:

“1. When adding new members to the editorial board — please make sure they are people of colour. Adding more white people to the board will not help.

“2. Oversight of the op-ed pages is clearly lacking or utterly absent. The retracted article was merely the latest in a series of ignorant, bigoted & racist op-eds that have been published on our site that I found in 30 minutes of browsing. You said that you hope people will judge us by the body of our work: well, here’s a sampling of it from the op-ed section:

“Here’s a Gordon Clark article where he suggests we are letting in too many people into Canada.

“July 22: Racist op-ed that claims — without any supporting evidence — that ‘foreigners’ are coming to Canada to illegally harvest salmon while on fishing tours in B.C.

“July 23: Climate Change denial op-ed — in 2019 — by someone ignorant enough to not understand the difference between weather and climate (but not too ignorant to be published in the Sun’s Op-Eds)

“The logical fallacies & bigoted arguments in this article are similar to those found in a 2015 article by Gordon Clark where he mocks & otherwise denigrates Muslim women who wear a niqab.

“Harold, the apology you offered online is not enough. It was weak & tepid & five sentences long, when it should have been a full throated refutation of racism & bigotry. You should have explicitly stated that the piece was racist & promised that something like it would never be published again. And you should have announced — even without knowing how it would be executed — that moving forward the op-ed pages would reflect the voices of B.C. that are underserved, that are ignored & that face discrimination every day.”

The apology by Munro critiqued in the email is here.

Another staffer’s internal email to Munro yesterday, also shared widely in the newsroom, called for an “honest, transparent” accounting of what led up to the publishing of the Hecht piece. The staffer commended Munro on his Wednesday memo communicating “coming internal change.” But Saturday’s op-ed, “casually printed under a masthead that our names and our identities are connected with, was gutting.” The staffer noted "a personal friend” read it and, like many others “will have walked away this week… asking, ‘What happened to the Sun?’”

The staffer then asks, “So what happened to the Sun, Harold?” 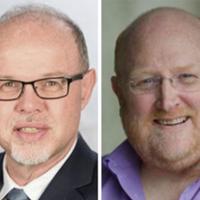 Inside the Vancouver Sun after Anti-Immigrant Op-ed Debacle

Others are asking what will happen to Gordon Clark. So far, no word on whether he will remain editorial pages editor.

Jennifer Moreau, a representative of Unifor Local 2000, the union representing the Sun and Province newsroom, on Monday posted a message to workers stressing “ALL members deserve fair representation, and we take that duty VERY seriously, which is why we’re not rushing to judgment on this. That aside, we can definitely judge the contents of the editorial piece. It’s racist propaganda that cites a right-wing think tank best known for spreading anti-Muslim misinformation.”

The union is “investigating to find out what happened and how this racist column actually made it into print,” wrote Moreau.

She promised “a statement on the Vancouver Sun/Province editorial debacle… we’re waiting to get all our facts first.”

As of Thursday evening, Unifor had not issued a statement.

Emails from The Tyee to Munro and Clark have gone unanswered.

Below is the memo Munro sent Wednesday to newsroom staff proposing changes which failed to quell anger in the ranks.