Cecil Rhodes was driven by an almost obsessive belief in “the peculiar destiny of the Anglo-Saxon people to govern the world beneficently,” writes historian Muriel Chamberlain in her book The Scramble for Africa.

This belief is expressed in Rhodes’s 1887 “Confession of Faith,” a document he wrote while attending the University of Oxford:

In a will Rhodes instructed part of his fortune be spent to insure “the occupation by British settlers of the entire Continent of Africa, the Holy Land, the Valley of the Euphrates, the Islands of Cyprus and Candia, the whole of South America, the Islands of the Pacific not heretofore possessed by Great Britain, the whole of the Malay Archipelago, the seaboard of China and Japan” as well as “the ultimate recovery of the United States of America as an integral part of the British Empire.”

Hey kids, what do you think of that? — Emma Renaerts

As the one who reported this story for The Tyee, I have a personal tie. My dad Evan attended Cecil Rhodes School from 1959 to 1962, about a decade before its name was changed.

“When I was in that school I only heard what a great nation builder Rhodes was going into ‘savage’ Africa and carving out a civilization,” he recalled. Later, after finding out more about Rhodes, he remembers thinking, “They lied to us.” — Emma Renaerts

Every time a kid makes a basket at L’École Bilingue Elementary School, the ball lands in front of Cecil Rhodes.

Well, not Rhodes himself, but a nameplate which reads “Cecil Rhodes School.” His name is given a place of pride, even if most of the children who attend L’École Bilingue have no idea who Rhodes was or why the keepers of their play space want them to know his name.

The monument was put there just four years ago, at a moment when people elsewhere in the world were pressing to tear down memorials to the icon of racist imperialism.

From 1910 to 1977, what is now known as L’École Bilingue was called Cecil Rhodes School.

Rhodes, a British citizen born in 1853, was a fervent believer in the importance of expanding the British Empire, a project he undertook with gusto in southern Africa. He founded Rhodesia (which today makes up parts of Zimbabwe and Zambia), exploited African people for cheap labour and land, and according to members of the anti-Rhodes movement at Oxford, “facilitated the deaths of hundreds of thousands of black South Africans.”

He also participated in local colonial politics, first as an MP and then as prime minister of Cape Colony (which would later become part of South Africa) from 1890 to 1896.

One of his worst acts as prime minister was to disenfranchise African voters, a policy which some argue laid the foundations for South African apartheid. As he put it, "the native is to be treated as a child and denied the [voting] franchise. We must adopt a system of despotism...”

He might be best known to some readers for establishing the Rhodes Scholarship, which has brought thousands of students — from former U.S. president Bill Clinton to Zambian civil rights activist Lucy Banda Sichone — to Oxford University in England for post-graduate studies. But according to the instructions in Rhodes’s will, it barred women until 1977 and partnered exclusively with white schools in South Africa to the exclusion of black students until the end of apartheid.

Thanks to his South African diamond mines and other wealth gained by colonizing, Rhodes died one of the richest men in the world. In a will he decreed his money be spent to a create secret society to achieve “the extension of British rule throughout the world.” (See sidebar for more of Rhodes’s views.)

Rhodes’s name fits in well in the list of other names The Tyee has compiled, which honour racists and bigots on Vancouver’s public assets.

In 1977 the school became one of B.C.’s first French language schools and so changed its name to L’École Bilingue, but the name Cecil Rhodes remained at the base of a school entrance where it was first affixed in 1910.

The old building was torn down in 2015 to be rebuilt as part of the Vancouver School Board’s ongoing efforts to seismically upgrade old school buildings. That might have afforded an opportunity to quietly retire Rhodes’s connection to the school. Instead, the original Cecil Rhodes School nameplate was preserved and installed at ground level on the school grounds in 2017 when the new school was completed.

This decision was made just as “Rhodes rage” was becoming an international sentiment.

A statue of Rhodes was removed from the grounds of the University of Cape Town in South Africa in April 2015, and the #RhodesMustFall movement has also taken root at Oxford.

So who decided to keep Rhodes front and centre at L’École Bilingue? Why? And what are children who see Rhodes’s name enshrined in their playground taught about the man and his times and philosophy?

Natalie Morissette, the principal of L’École Bilingue since January 2018, wasn’t working there when the decision to preserve the nameplate was made, but she told The Tyee she thinks the school staff felt no fondness for Cecil Rhodes, but wanted to please people who feel a personal connection to the school under its old name.

Last year, a parent at L’École Bilingue began to express their reservations, said Morissette. Discussions about the nameplate and what should be done took place during Parent Advisory Council meetings in 2018. A final decision is still pending.

The Tyee requested more information from the PAC on those discussions, but did not hear back by deadline.

Before the PAC raised the issue, Morissette had not given much thought to Rhodes. “I never had enough curiosity to figure out who Cecil Rhodes was,” she said.

So far, “nothing concrete has been done,” Morissette added. “We haven’t done enough research, but the intent is to explain who he is.”

The PAC is able to bring forward a concern and propose something to the Vancouver School Board, but Morissette said she has no authority in this process. She said her role as an administrator is to stay neutral.

“I have no personal feelings. If they [the PAC] advise that we do something, I’m going to support them,” she said. “I’m not going to be the one to bring it to the table.”

Allan Wong, vice-chair of the Vancouver School Board, takes a similar hands-off stance. He said keeping the nameplate provides “a learning experience” that enables “discussion rather than to hide it away. I think it should remain.”

It’s up to teachers what to teach about Rhodes or whether to bring him up at all, Wong said. An eight-term trustee and Vision party member, Wong also serves as the chair of the VSB’s facilities and planning committee. He explained that although the board was not involved in the decision to save the nameplate, it’s general practice to preserve heritage whenever possible.

Paige Raibmon, a professor of history at the University of British Columbia, says enshrining the name of Cecil Rhodes in a playground with no context should cause concern for educators.

“It's a mistake to say that we're teaching someone about history through preserving that name,” said Raibmon. “There's a distinction people miss between the past and history. By preserving a name you're saying something about the past, but nothing meaningful about history.”

Raibmon is conscious of the “ways that harmful, outdated assumptions lurk within common words and phrases that we take for granted,” as she wrote in an article for The Tyee about the unexpected lessons she learned while editing a grade four textbook on early relations between Indigenous people and Europeans.

The fact that so many streets, schools and other sites in the Lower Mainland are named after British people with colonial heritage “works to produce this as a settler place,” said Raibmon. 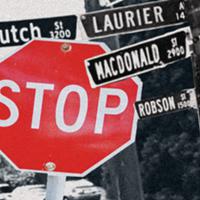 The ‘Anguish’ of Naming (and Renaming) Vancouver’s Streets and Places

Rima Wilkes, a professor in the department of sociology at UBC, sees this case as an example of the need to better teach students about colonialism. “The curriculum is not changing at the pace it needs to be,” said Wilkes, who attended L’École Bilingue, as did her children.

Currently, in the classroom, “we don’t necessarily tackle Cecil Rhodes,” said principal Morissette. His views, acts and legacy are “not systematically taught.” She said this isn’t likely to change unless parents advocate for it.

Raibmon says the time has come for educators, and the wider culture, to end “fetishizing these colonial names.” She would like to see colonial names challenged and contextualized, and more Indigenous and non-white names represented and made normal in Vancouver.

“We need to denaturalize this space as a British space,” said Raibmon. “These become assumptions that students take for granted. We don't need to lay them down and have students unlearn them later. We could just start to remove them now.”