But in the last few years she has focused on breaking the link between a stay in hospital or psychiatric ward and homelessness, a reality for many patients.

Under her guidance, the Lawson Health Research Institute in London, Ontario, has received a $223,000 federal government grant to implement a project aimed at preventing people leaving hospitals from falling into homelessness.

Forchuk, a researcher and professor at Western University, had run a similar project aimed at preventing homelessness for people leaving psychiatric wards.

She found that a hospital stay could be a straight path to lasting homelessness when people were released with nowhere to go and no housing plan.

Both projects take existing housing resources and bring them into the hospital environment. With the help of a housing advocate, patients are able to secure housing before being discharged.

Forchuk says that earlier in her career, when she was working as an advanced practice nurse at a psychiatric hospital, discharging someone into homelessness was a rare occurrence and taken very seriously.

“That was considered a critical incident, and the same form was filled out as a patient assault,” she says.

But in her work as a researcher, Forchuk conducted a review of discharge processes in several Ontario hospitals and found that, as a result of changes in policy, discharges into homelessness were becoming more common. 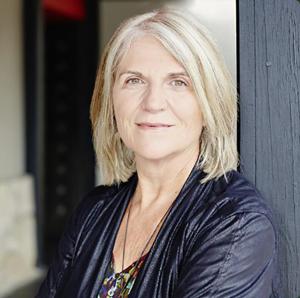 Cheryl Forchuk: ‘It’s far easier to prevent a problem than deal with it afterwards.’

Her current project attempts to intervene in such cases, providing resources to those leaving medical wards so that they can continue healing. The year-long pilot project will be run out of two hospital wards, and according to Forchuk, has already helped keep dozens of people out of homelessness.

“When you think about the meaning of home, it’s more than simply having a roof over your head,” she says, “It’s a place where you can really heal, where you feel at peace with yourself.”

In this interview Forchuk discusses her work and the many, often invisible, connections between health care and homelessness. It has been lightly edited for length and clarity.

The Tyee: In what ways could a hospital stay have an effect on someone’s ability to maintain secure housing?

Cheryl Forchuk: In many ways. Often there’s been a crisis. Often a relationship breakup had happened around that time, or, because the person was unwell, they had not maintained their rent or utility payments.

The other thing that can happen is if somebody is on income support. Within the income support, there’s a portion that is for housing, and there’s a portion that is for the other day-to-day expenses. The province can take the stand that they don’t need to pay the housing portion because they’re already paying for their housing in hospital. However, the landlord would still, of course, expect to be paid. The longer the hospitalization, the more likely that the person is not going to be able to continue to pay rent and utilities because that portion of the income support could in fact have been pulled. So it’s certainly a risky period. By having those income support people right there in the hospital, and knowing what’s going on, they can prevent that problem from happening and make sure that safeguards are in place.

Another thing that can happen is that under the Landlord Tenant Act, to evict someone they put a notice on the person’s door — and that’s perfectly fine in the legislation — and there’s a period for appeal. But if you’re in hospital, you don’t see the sign on the door, and then you miss this period.

You’ve found that, for some people, the initial push into homelessness actually came after a hospital stay, is that correct?

When we did our previous five-year study and talked to people about how they originally became homeless, in many cases it was a discharge from hospital that started that process.

When we first started looking at this issue, we did a very small pilot with people with no prior history of homelessness that had only lost their housing on the current admission. It was a planned discharge, so in other words, their mental health problem had been addressed, they had stable income — either Ontario Works or Ontario Disability — no prior history of homelessness. But during this hospitalization they lost their housing. In some cases it was an eviction while they were in hospital, sometimes it was a relationship breakup, whatever, but never in their life had they been in this situation before.

And this was when we were just developing the project. We had to stop that study after the first 14 people because it was like studying penicillin and syphilis. The people who got this help, from the income support and the housing advocate, they were all fine. Nobody became homeless. But the ones who had usual care, going through the system as usual, six months later, six of the seven were still homeless.

So that’s why we stopped doing randomized trials and instead switched to putting interventions into place, so that anyone who needed it got it. From an ethical point of view it would be the same thing as withholding penicillin from people with syphilis and waiting to see what happened. We already knew. If even people with no prior history, stable income, planned discharges, if they could not get out of homelessness in six months, who could? And the literature says that if you’re homeless six months you’re probably homeless two years. At that point you have to say, well what was the point of even having come to hospital, because any gains they would have made would certainly have been lost.

Has the project already begun?

Yes. Because we already had the project going on in the mental health wards, [we] were able to really hit the ground running. So as soon as we got it [the grant], we immediately had that set up in the medical wards. We’ve already had a couple of dozen people access the service.

Are you able to give us a sense of a typical case that you might be dealing with?

Because it’s still early days, I would be reluctant to go too far. We’ve had some people who were already homeless and that was part of the problem that brought them into hospital. They had some physical situations arise because they were homeless.

This is not your first project aimed at preventing homelessness. Why is prevention so important?

We can never solve a problem without also preventing it. Hundreds of years ago there was a Cornish test for competency where they would have a bucket under a pump that would keep pumping water, and the bucket would be overflowing. They would ask people to stop the bucket from overflowing. If people only ladled the water but didn’t do anything about stopping the pump from putting water in, they would fail the test of competency.

I think sometimes in the [housing and health care] system, we would fail the test of competency, because we’re dealing with ladling the water out of the bucket, but we’re not also dealing with the new water coming in. So if we’re really going to stop that bucket from overflowing we need to do a bit about both.

It’s far easier to prevent a problem than deal with it afterwards. Some of our earlier work, in the mental health wards, we’ve found that in many cases, even 40 minutes of housing advocacy was what was required to prevent homelessness. Whereas if someone does become homeless, particularly long-term homelessness, six months or more, it can easily take a year of regular daily work to get them out of that situation. So putting in those earlier interventions is absolutely critical. It doesn’t mean we don’t also help the people who were missed and ended up homeless, but let’s stop that from happening to people if we can possibly stop it.

It seems like once someone actually becomes homeless, it becomes sort of a self-perpetuating cycle that’s more difficult to stop.

And again, I give that example of people with no prior history of homelessness. It wasn’t that the people who, when the coin was flipped and got the extra help, had done something personally. 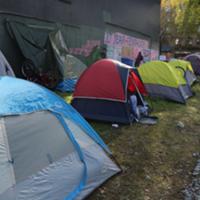 An Open Letter: Homelessness, Not Tent Cities, Is the Real Health and Safety Risk

The issue is, when you become homeless, it’s a very traumatic event. When the people who had usual care did not pull themselves out of homelessness, they had all left with appointments for outpatient care. They had left with appointments with housing services in the community. Nobody made it to a single appointment. Not because they didn’t want to.

When you’re homeless, all of a sudden you’re living in the moment. Where is my next meal coming from, who’s that who’s walking behind me right now, am I safe, where am I going to sleep tonight? So trying to get yourself to a point where you can pull yourself out of that is really hard when you’re constantly dealing with things that are in the moment.

As I said, even these people with no history, stable income, stable symptoms, they could not pull themselves out of it in six months. Because — many of them describe this — all of a sudden, their way of seeing, planning just totally shrunk. It’s like, how can I be safe right now, how can I get food right now?

What is something that people don’t understand about homelessness that you wish they did?