Consensus has it that the municipal election in Nanaimo is all about moving on from the mess of the past four years and getting city hall working better again.

According to mayoral candidate Don Hubbard, “Number one is to bring good governance back to city hall and to bring the pride back to the city and the staff.”

And here’s how Leonard Krog, another candidate for mayor, puts it: “It is about good governance. It is about restoring credibility to civic government. It is about electing a government that will work together.”

Both cite the large number of senior staff, more than three-dozen employees, who have left city hall in the past few years as evidence of how deep and destabilizing the situation has been.

Former chief administrative officer Tracy Samra, who the council fired with cause in May, was charged earlier in the year with allegedly threatening several people, including sitting mayor Bill McKay, who is not running again. Her case continues to work its way through the court system.

“It’s been a mess because of petty rivalries, agendas that weren’t in the public interest, outrageous public and private behaviour that essentially resulted in one member of council being driven out,” Krog said.

“The sense of civic discord in the city is incredible, and that’s why people were asking me to [run], left, right and centre.”

At the council table in recent years, decisions have been dominated by a group of five councillors voting together. Two of that group are running again, including Gordon Fuller.

“I accept my responsibility for what’s gone on,” Fuller said. “Yep, I did tell the mayor to ‘bite me,’ but there were circumstances around that. [Those circumstances are] still around, but I did apologize right afterwards on television. I’m not your typical politician.” (You can read more about the circumstances here).

Fuller said he’s running again because if he didn’t, he’d be giving in to “dysfunctional people who’ve tried to sabotage things as much as they can.”

And the record hasn’t been all bad, he said. “We actually, surprisingly — and these detractors try to put it out that we’ve accomplished nothing — we’ve accomplished more in the last four years than any other council I’m aware of, despite what’s going on.”

There’s now an affordable housing strategy and a strategic plan, Fuller said, adding there’s been economic and tourism growth despite decisions the council made to cut or defund related agencies.

There’s a core services review underway, but it’s been stalled, he said. “It’s been a big holding pattern.”

On the other hand, there was also an 80 per cent ‘no’ vote in a 2017 referendum against spending $80 million on an events centre, a result many saw as a rebuke from the public of the sitting council.

This election, there are 40 candidates running for the eight council positions. They include former five-term mayor Gary Korpan, who last served in 2008, former Campbell River councillor Kevin Storrie, as well as many people running for the first time, including Tyler Brown, Ben Geselbracht and Erin Hemmens.*

The large number of people coming forward is a sign of strong civic engagement in Nanaimo, said Krog, one of four people running for mayor. “People are upset about what’s happened, and there are a lot of well meaning and able people who have come forward who want to fix it. I’m satisfied we will elect a very good council.”

‘I can get my hands dirty’: Krog

It’s Krog’s own candidacy that’s likely to get the most attention, since as the current MLA for Nanaimo his success would lead to a byelection that could change the balance of power in the province’s legislature.

Krog has said that if he wins he’ll resign as MLA. At that point, Premier John Horgan would have six months to call a byelection to replace him.

Krog, who is 65 years old and who was first elected to the legislature in 1991, said he’s proud of what the NDP government has done in its first year.

Having been left out of cabinet, however, he was unhappy to continue on the government’s backbench. “I wasn’t prepared... to speak to empty chambers anymore,” he said. “It’s not as if I had any prospect of moving upwards in Victoria, and you’re back doing the same job you were doing 21 years ago and... seven elections ago.”

Meanwhile people were encouraging him to run for mayor, which he saw as an opportunity for a change. “The voices got louder and louder,” he said. “It’s pretty clear at a certain point you just say ‘yes’.... There are lots of things to be done in Nanaimo. I can get my hands dirty, as they say.”

Aside from restoring trust in city hall and hiring a new city manager, there’s a need to densify the city’s downtown and to deal with a couple of eyesores, he said.

The city also has a significant homelessness problem with the biggest camp in the province, he said, and he would work co-operatively with other levels of government to create the affordable and supportive housing that’s needed.

Krog said he expects the NDP will have little trouble retaining the seat, which he won by 3,800 votes in 2017 and which the party has held for most of the last 50 years. “I wouldn’t have done it if I thought the NDP was likely to lose this seat.”

Krog’s main competition to be mayor is likely to come from Hubbard, a 72-year-old businessperson who has chaired the board of Island Health and been a director of Vancouver Island University.

“The last four years have been kind of agony for me,” he said. “I’m hoping for a new council, new mayor and new future for Nanaimo. New economic future, try and solve the issues we have with homelessness and drug addiction — we seem to have more than our share of it here in Nanaimo. I think with a good council I can help resolve a lot of the issues.”

There are many solutions, including seeking help from the provincial government to provide more addiction treatment and mental health services, he said.

“The big issue is lack of employment and lack of good jobs. I’m one for trying to attract more businesses and industry back to this central island area,” Hubbard said.

“Solutions to a lot of the issues with homelessness, people down on their luck, is a paycheque. A good paycheque. If we could attract more manufacturing, I’m in the manufacturing business, those are good-paying jobs.”

Before 1993 there were nine sawmills around Nanaimo, but now there’s just one, he said. And while he said he didn’t want to criticize people shipping raw logs out of the province, he allowed, “I think there are opportunities to change that direction.” 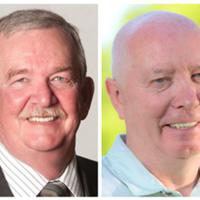 The mayor and council can help to make opening a business more attractive by setting aside more industrial land and streamlining the processes for permits and zonings, he said. “We need to give more certainty to people who want to invest. Right now there are just too many uncertainties.”

Hubbard also criticized the provincial government’s new speculation tax on vacant homes and said he would lobby them to change it based on the business case.

“That’s a wet blanket on our economy,” he said. “The solution to every problem is not more taxes. The solution would be to increase the average income. It’s easy to just go slap a tax on.”

People who buy homes in Nanaimo are helping drive the economy, he said. “We’re putting more people on the streets with the speculation tax than we’re taking off. Where’s that money going? It isn’t doing anything for affordable housing. Nothing. It just creates unemployment and doesn’t attract investment.”

Hubbard said he has much respect for Krog as an individual and the work he has done as an MLA, but the city needs a different kind of change. “I think Nanaimo right now needs a bit of a business background. We don’t have the need for politics right now.”