A task force advising the provincial government on how to improve fairness and security for British Columbia renters has recommended the government slash the allowable rent increases that it previously announced for 2019.

“This decision was made after we heard of many cases where renters struggled to pay yearly maximum rent increases,” the recommendation to Premier John Horgan and Housing Minister Selina Robinson said. “We also heard from tenants who have faced maximum rent increases, while building maintenance was not done.”

Earlier in September the government had said the allowable increase would be 4.5 per cent, a figure arrived at using a formula in place since 2004 that let rents rise at the rate of inflation plus an extra two per cent each year.

As increases compounded under the formula, The Tyee reported earlier this month, rents were able to rise by nearly 40 per cent more than they would have if they had risen at just the rate of inflation.

The recommendation released Monday directly addresses that issue. If B.C. cabinet accepts it, the cap on rent increases will match the rate of inflation, making the increase for 2019 no more than 2.5 per cent.

The task force also recommended that landowners be allowed to apply to the Residential Tenancy Branch if they feel they need to raise rents faster than inflation. “This will allow for additional modest rent increases in cases where renovations and repairs to rental units have been completed,” the recommendation said.

“This change would bring us into line with the similar practices that have been used in Ontario and Manitoba for over a decade and will ensure landlords can complete necessary work to maintain their buildings, while continuing to provide necessary housing.”

Spencer Chandra Herbert, task force chair and NDP MLA for Vancouver-West End, said the task force doesn’t expect to release its full report until the end of November, but since landowners need to give tenants three months notice of any rent increase, the government needs to change the formula by the start of October if it’s going to be in place for 2019.

“There’s more to come for sure,” he said. Proposals in front of the task force include tying rents to units so that landowners can no longer raise rents whenever there are new tenants in a unit. “We’re looking at everything,” he said.

Landlord BC CEO David Hutniak said his organization is concerned and remains in favour of the formula that allowed rents to rise faster than inflation. “That’s something we need to operate our businesses and continue to invest in them.” 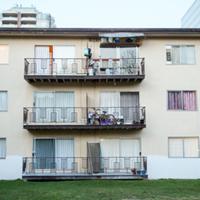 Most of what’s included in the Consumer Price Index, the inflation measure the province uses to calculate allowable rent increases, doesn’t apply to the rental sector and expenses for landowners have risen more than twice as fast as rent increases, he said. “The math doesn’t work.”

Adopting a process like those used in Manitoba and Ontario will be cumbersome for landowners, particularly smaller ones who own one or a few units, Hutniak said.

“It’s really controlled and now it’s going to be further controlled,” he said. “How do we respond as an industry when we don’t know what else will be coming out of this task force? I’m feeling a little pessimistic.”

Members of the task force besides Chandra Herbert include Ronna Rae Leonard, the NDP MLA for Courtenay-Comox, and Green Party MLA Adam Olsen who represents Saanich North and the Islands.

It showed that in a minority government parties could work together to develop solutions, he said. “This is exactly the type of collaboration that we need more of in our political system.”