The water used by North America’s controversial fracking industry has dramatically increased since 2011 as the industry “supersizes” its oil and gas wells.

A new study in the journal Science Advances found water use per well has jumped by 14 to 770 per cent.

This has “serious implications” for communities which will face increasing water demands from the industry, researchers warned.

The production of highly saline wastewater has also increased significantly, according to the study, which looked at water use in six different shale basins in the U.S., including the Permian and the Marcellus.

The Permian Basin, which sprawls over the deserts of west Texas and New Mexico, reported the largest increase in water use, from 4,900 cubic metres per well in 2011 up to 42,500 cubic metres per well. The current consumption for fracking one well is the equivalent of the water used in a year by more than 425 Greater Vancouver residents.

Canadian fracking operations can use between 10,000 and 80,000 cubic metres in the Montney and Duvernay formations in Alberta and northeastern B.C. — among the most water intensive shale formations in the world.

One frack job in Canada triggered a 4.6 earthquake in British Columbia by injecting more than 160,000 cubic meters of fluid into a well in 2014.

To accommodate growing water demands in northeastern B.C. the industry built as many as 92 unauthorized dams to impound water for use in fracking. The BC Oil and Gas Commission didn’t regulate the activity until Ben Parfitt reported on the dams.

Oil and gas producers now rely on the disruptive technology of hydraulic fracturing to tap into previously uneconomic gas reserves. Water, chemicals and sand are injected underground at high pressure to fracture the rock, allowing gas and oil to flow.

At the same time the amount of wastewater has also grown by 60 to 1,440 per cent in the six basins under study, researchers found.

Only a small fraction of the fresh water injected into a fracked shale formation ever comes back to the surface. Most of the water that returns to surface is highly saline and can contain radioactive material. It is expensive to treat and often disposed in deep injection wells. There are 200 such wells in northeastern B.C., for example.

In B.C. alone the volume of wastewater created by the oil and gas industry had jumped from three million cubic metres a year in the 1970s to more than five million by 2012. Accurate and complete figures for the industry’s wastewater production in Canada aren’t readily available.

According to the new study the trend toward greater water intensity in fracking “exacerbates water management issues because producers must now manage increasingly large volumes of water for hydraulic fracturing operations as well as larger oil and gas wastewater volumes that need to be adequately disposed.”

The study contradicts industry claims that fracking can be done sustainably and predicts cumulative water use could increase by 50 per cent between 2018 and 2030.

“The increase in the water footprint of hydraulic fracturing shown in this study has serious implication for local communities, where increased drilling volume will lead to large instantaneous water demands, and resulting in increasing flow back and produced water burdens that will have to be managed into the future,” concluded the researchers.

Anthony Ingraffea, an expert on fracking at Cornell University, said the increasing water use reflected the industry’s growing reliance on more and more force to crack open rock.

“In shale gas and oil, it has always been about the scale of the operation: the stuff is so damn stingy you have to bludgeon it,” Ingraffea said.

Current wells need 10 to 30 million gallons of water and a ton of sand per foot, he said, and the laterals being fracked are now more than two miles long.

Government agencies forecast that a million more such wells will be drilled in the next 20 years in the U.S. and that as many as 50,000 wells could be drilled in northeastern B.C.

“It is getting so absurd,” said Ingraffea, “that one needs a calculator with only scientific notation to run the numbers: 10 trillion gallons of water, 20 trillion pounds of sand. Think about the carbon footprint of acquiring and transporting all that water and sand.”

Although the study didn’t include major Canadian shale plays, water intensity may actually be increasing much more dramatically in Canada as operators here have also injected more sand and water into longer and longer wells.

In the Duvernay, a major Alberta play where there have been numerous earthquakes, industry has upped its tonnage of sand while fluid volumes have “grown dramatically,” reported a 2017 study by McDaniel & Associates.

Another recent study reports a 20- to 100-per-cent increase in water demand per well in Western Canada’s shale and tight oil basins. 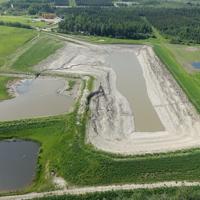 And a 2015 Geoscience report on the challenges of finding appropriate wastewater disposal sites noted that water demands in the Montney were growing ferociously.

The latest figures supplied by the BC Oil and Gas Commission also show dramatic increases in the volume of licensed withdrawals from rivers and lakes in northern B.C., just one source of water for the industry. The industry also buys treated water from municipalities and private landowners with dams and impoundments. It also makes limited use of groundwater.

Canadian researchers have repeatedly noted that shale gas development “has the potential to significantly impact water security in the region, both through water consumption and potential contamination.”

During the 2014 drought the BC Oil and Gas Commission suspended short-term water withdrawal from several basins in the Peace River watershed.

In 2017 the Montney Water Operators Group, an industry group that trades in water for fracking, reported that water production “has doubled in the last 2.5 years.” The amounts of water needed for gas production from wells “are also steadily increasing on account of larger frack designs,” it added. 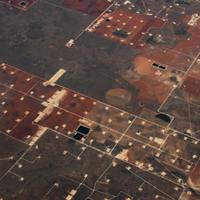 But there is little transparency in Canada, warn researchers, about “what portion of a well’s wastewater is reused/recycled, treated, surface discharged or deep-well injected.”

It’s not just the water footprint of the industry that has been increasing.

The Wall Street Journal reported this summer that the volume of sand used per well has grown from 229,000 pounds in 1998 to an average of 30 million pounds today.

Meanwhile the amount of land disturbance was once limited to 1.2 hectares. Now it ranges from 1.6 to 10 hectares with as many as 28 wells in one supersized pad.

A 2017 Alberta study on water use and disposal in the fracking industry concluded that more transparency about water demands was needed.

“There is a consensus that more information about the water cycle in hydraulic fracturing should be made publicly available, in an open and searchable database format.”