On Feb. 1, the federal government finally began funding prevention and “least disruptive measures” First Nations child welfare agencies to keep kids with their families and out of government care.

As Indigenous Services Canada noted in a letter to every on-reserve child welfare agency in the country, the Canadian Human Rights Tribunal had ruled in 2016 that the government of Canada was discriminating against First Nations children by not providing adequate, equitable or even equal funding for services.

Although on-reserve child welfare services have been funded by the federal government since 1966, the majority of money only flowed to the agencies once children were removed from their family. Prevention and family supports received little money — one of the factors that has led to a huge over-representation of Indigenous kids in government care.

The change is part of a six-point plan announced by Indigenous Services Minister Jane Philpott during an emergency child welfare meeting in Ottawa with Indigenous, provincial and territorial leaders on Jan. 25.

The government’s former approach created “a perverse incentive” to take children into care rather than supporting families, she said.

2) Focus on — and fund — prevention, not apprehension.

3) Look into the potential of a federal child welfare plan developed with the provinces and Indigenous leaders.

4) Support Métis and Inuit leaders in exploring their own culturally-relevant child welfare reforms.

6) Develop, with the provinces and Indigenous leaders, a Canada-wide data and reporting strategy.

While the plan is the federal government’s alone, it had hoped the provinces would adopt some of the language for their own plans. No provinces made that commitment at the January meeting, saying they must consult with Indigenous populations before adopting the language.

However in April the federal and Ontario governments signed a joint commitment with chiefs of Ontario to reform the policies and funding on to First Nations’ child welfare services, while the B.C. government and Métis Nation of British Columbia have signed an agreement to return jurisdiction over Métis child welfare jurisdiction to the Metis organization by 2021.

This spring’s budget included $1.4 billion in new funding over six years to help fulfill these goals over the next six years. That’s on top of the $635-million investment for on-reserve services for kids and $383 million for fulfilling a commitment to Jordan’s Principle announced in the 2016 budget. Jordan’s Principle would ensure any First Nations child’s needs are met first, with jurisdictional issues sorted out later.

But while appreciative of the new funding and Philpott’s drive to make changes, Cindy Blackstock, executive director of the First Nations Child and Family Caring Society of Canada, isn’t bowled over by either the government’s strategy or its new funding.

“I thought it was an interesting plan, but it doesn’t go comprehensive enough for me.... I want to see these inequalities across all First Nations children services dealt with, and that did not include that,” said Blackstock, who played an important role in the discrimination complaint to the Canadian Human Rights Tribunal.

“I was happy to see full compliance with the tribunal decision. But as I said to the government, I welcome those words — [but] I want to see it actually translate into change at the level of kids and that’s what I’m waiting to see for now.”

It isn’t clear from the federal budget documents how much of that additional $1.4 billion will actually go to child and family services, and what will go towards Indigenous and Northern Affairs bureaucracy costs, Blackstock noted.

She wants the government to adopt a different five-point plan. Created by the First Nations Child and Family Caring Society of Canada, the Spirit Bear Plan sets out five proposals.

1) The federal government’s immediate adherence to the Canadian Human Rights Tribunal ruling by implementing full and equitable funding to First Nations child and family services, including the full implementation of Jordan’s Principle.

2) An analysis by the Parliamentary Budget Officer of the cost of delivering full and equitable child and family services to First Nations children, including those currently not funded by the federal government like early childhood education, maternal and child health and mental health programming.

3) Government consultations with First Nations on the immediate elimination of all funding gaps between First Nations and services to non-Indigenous people, including concrete steps and deadlines.

4) An independent review of every federal department that provides services to First Nations children and families to root out any discriminatory policies, practices or laws, with the findings to be publicly released.

5) Training for all government employees, regardless of seniority, to find and call out all discriminatory government practices, policies and laws that prevent the full implementation of the Truth and Reconciliation Commission’s 94 calls to action.

The Assembly of First Nations endorsed the Spirit Bear Plan during its 2017 Special Chiefs Assembly.

But while Philpott is aware of the plan and spoke highly of Blackstock’s advocacy work on behalf of First Nations kids, she says the federal government takes its direction from First Nations, Inuit and Métis leaders.

“If we were to hear a loud call on that from First Nations, for example, of course we would take that very seriously. But we are working very directly with them on what it is that they seek for us in terms of a relationship, where they have established priorities, and how they would like us to respond,” she said.

Failure to adopt the Spirit Bear Plan concerns Blackstock because children are living without equitable services in Canada right now, and will continue to do so until the federal government adopts the plan.

If the federal government adopted the Spirit Bear Plan, “that would be big, cause then that gives families a real opportunity to realize there is something on the horizon that will deal with some of these inequalities that really pile up on hopes and dreams of kids,” Blackstock said.

Philpott says while federal government appreciates the analysis of independent organizations like the Parliamentary Budget Officer, it is ultimately her job as a minister to ensure there are no gaps in services.

And right now, she maintains, there are no longer gaps in service funding. “From the point of view of cost there is no gap,” she said.

“There still are gaps that exist in the early learning and child-care space,” Philpott said. “But some of the money that was announced, I think it was in budget 2017 by Minister Duclos’ department, is in the process of getting its final approval and rolling out. That will address some of the gaps.”

Blackstock notes early childhood education is just one of the services available to children and families living off-reserve that the federal government doesn’t provide on-reserve at all. Others include child and maternal health and mental health services.

An analysis of what equitable services would cost is critical to ensuring the government provides adequate funding, she said.

“We actually don’t have a cost record for what they actually will cost when they are provided to kids. So that’s why the tribunal’s order that Canada funds these things at actual cost is really important, because we’re going to for the first time get a sense of how deep that inequality is,” she said.

On-reserve agencies have been underfunded for decades, Blackstock notes, so many of the prevention programs the government is now pledging to fund don’t currently exist. Additional funding will be needed for capital and start-up costs for new programming to keep kids with their families.

“People need buildings to be able to hold the child-care programs and the family support programs, and safe vehicles to transport kids in and those kinds of basic pragmatics,” she said.

Canada has made progress on elements of both plans, including the full funding of Jordan’s Principle. Named after Jordan River Anderson, a member of the Norway House Cree Nation whose last two years of life were spent in hospital because the Manitoba and federal governments couldn’t agree on which should pay for his home care services.

Since May 2017 the federal government has addressed 55,000 Jordan’s Principle cases, Philpott said, with 99 per cent of funding requests approved. The government has also created a 1-800 number for families to make requests, something Blackstock herself recommended.

But while she is pleased to see more movement on the principle, Blackstock notes children can have multiple cases, so it isn’t clear how many individual kids have been assisted. There are also some provinces conspicuously absent from the list of funding requests.

“I still have some concerns about its implementation beyond health programs and in some areas of the country where there is a severe underrepresentation of cases, like B.C., Alberta and the Yukon Territory,” Blackstock said. “Those are areas where there are very few cases coming forward and I know there’s kids who have great need in those provinces.” She said anyone who calls the toll-free number and doesn’t receive a response within 48 hours should contact the First Nations Child and Family Caring Society.

“But they at least now are putting out the proper definition, which is that First Nations kids should get access to all public services when they need them.” 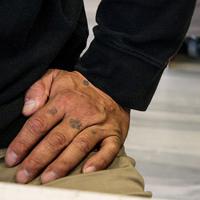 Unlike the Spirit Bear Plan, the federal government’s six-point plan has no timelines or concrete steps for reaching their goals. While Blackstock would like to see all inequities between on- and off-reserve kids disappear within four years, Philpott says some of the changes required are going to take more time.

“It’s taken us literally generations to get into the circumstances that have led to a severe overrepresentation of Indigenous children in child welfare,” she said.

“So it’s not going to happen overnight, but we’re seeing really positive movement already and that’s the important thing, that the message is getting out, families are speaking up for their rights and we’re seeing that the systems are starting to respond to that.”

As for accountability to ensure the federal and provincial governments meet their promises, Philpott expects First Nations, Inuit and Métis leaders will continue to hold government’s feet to the fire until they do.

On Wednesday: in the concluding article in the series, a look at solutions that could change the current grim reality.