In a seven-to-two decision, the justices determined the law societies did infringe on the religious freedom of the private evangelical Trinity Western University by denying accreditation to their proposed law based on the school’s Community Covenant. The document says students must abstain from sexual intercourse outside a heterosexual marriage and students who break the covenant could be subject to discipline or expulsion.

However, the justices went on to conclude that the infringement by the law societies was reasonable because the covenant discriminates against the rights of lesbian, bisexual, gay, transgender, queer and two-spirited (LGBTQ2S+) students on the basis of their sexuality.

A spokesperson for Langley-based Trinity Western told The Tyee the university is disappointed with the ruling, but due to the complexity and length of the ruling they have much to review before deciding on the future of their law school and Community Covenant.

“We need to fully understand this decision and what it means for our hopes and dreams of a law school at Trinity Western,” said Earl Phillips, executive director of law at TWU.

Today’s rulings come after six years of battles in public and the courts of Ontario, British Columbia and Nova Scotia about whether the school’s religious freedom trumps the rights of sexual minority students, both of which are protected under Canada’s Charter of Rights and Freedoms.

Both the Federation of Law Societies of Canada and the BC Ministry of Advanced Education accredited the proposed school in 2014.

However the BC Law Society rescinded its decision to accredit the law school after it lost a member referendum. The ministry, facing a lawsuit filed by Vancouver resident and then-park board member Trevor Loke over the discrimination he alleged he would have faced attending the school as a gay man, also withdrew its accreditation.

Loke, a gay Christian who was applying to law schools at the time, claimed the school violated his rights to not be discriminated against based on his sexuality. His case was declared moot in 2015 by the BC Supreme Court after the ministry reversed its accreditation in 2014.

“It’s obviously the right thing for diversity in this country. What we’re really talking about here is whether we want a judicial system that’s based on merit or one that’s based on identity,” Loke said today.

“For a long time in this country we fought really, really hard to ensure that our lawyers and justices attend schools that encourage people from diverse backgrounds to attend school together, to learn together, to challenge one another. And that’s why we’ve had a fairly robust and well-serving justice system in this country that’s continued to advance equality on a number of decisions. At the heart of this matter is whether we want to uphold that, or whether we want to change it.”

The university took both the B.C. and Upper Canada law societies’ decisions to the Supreme Court of Canada in December 2017.

Today’s ruling was based on whether the law societies were reasonable in their decision to not accredit the schools, says UBC law professor Margot Young, not about whether the societies made the right decision.

“Correctness is a much higher threshold to me, it means basically the reviewing court has to think you got it right and it’s what they would have said,” she said.

“Reasonableness less so, it’s to say you’re within a range of reasonable answers, and it was certainly reasonable to say no — that’s what the majority decided — to Trinity Western University: you can’t be recognized with this mandatory covenant condition.” 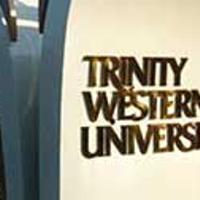 Thousands of Lawyers Vote Down Approval of Trinity Western School

This makes the ruling distinct from the 2001 Supreme Court of Canada decision to uphold TWU’s then-proposed education program, which had been denied accreditation by the BC College of Teachers.