B.C. won’t need more electricity for many years and, when that time comes, there are less expensive alternatives than the Site C dam, says a submission filed with the B.C. Utilities Commission on Monday by Harry Swain, the man who chaired the federal-provincial review panel of the project.

“Demand will not materialize at even the low limit of BC Hydro’s demand forecast,” Swain writes, as he cautions the commission from relying too heavily on BC Hydro’s forecasts.

“The issue is that BC Hydro’s 2016 load forecast is no more credible than its numerous predecessors,” Swain writes.

Swain calls on the commission to “undertake its own research and analysis,” rather than simply adjudicating among submissions received during the review. A United Nations report also released Monday called on the Canadian government to “immediately suspend” Site C dam construction due to “irreversible harm” to Indigenous people.

The UN Committee on the Elimination of Racial Discrimination said it was unacceptable for governments in Canada to force Indigenous peoples to pursue long and costly legal challenges as the only way to uphold rights the government is obligated to protect.

Swain has become an outspoken critic of the project since filing his panel’s 473-page report on the project in 2014.

“I think we’re making a big mistake, a very expensive one,” Swain told DeSmog Canada last year. “Of the $9 billion it will cost, at least $7 billion will never be returned. You and I as rate payers will end up paying seven billion bucks for something we get nothing for.”

While many media outlets report that the joint review panel “approved” Site C, a careful reading of the report indicates it didn’t recommend for or against the project. Rather, the panel laid out the pros and cons of the project and made 50 recommendations to government. One of those recommendations was for the B.C. government to refer the project for review by the B.C. Utilities Commission because Swain’s panel didn’t have the time or resources to study the costs or demand for the project.

Fast forward three years and here we are with an expedited utilities commission review of the project finally underway.

In his submission, Swain asks the commission to consider BC Hydro’s consistent failure to accurately forecast electricity demand in B.C. for several decades. “Despite its frequent claim that their methods are world-class and consistent with the Utilities Commission’s resource planning guidelines, the authority has regularly overstated reality for the last quarter century and beyond,” Swain writes.

An April 2017 study from UBC’s Program on Water Governance found BC Hydro has over-forecast demand since the 1980s.

“Go back to 1981, then they were predicting that demand would double within 10 years. That’s why they argued for Site C at that point but 35 years later demand has still not reached the levels they were predicting,” Karen Bakker, the study’s co-author, told DeSmog Canada.

Swain urged the commission to consider the analysis by UBC.

In addition to a patchy forecast history, Swain said the prospect of an LNG export industry in B.C., a potential major consumer of grid electricity, “has collapsed.” “The previous government had great hopes for the rapid growth of an export LNG industry, but these appear to have been dashed for some years to come,” Swain writes.

Swain says the BC Hydro forecast of sales of more than 2,000 GWh of power to the LNG industry are “simply not credible.”

“As this is 65 per cent of the production of Site C, it is highly material — just not believable,” Swain writes.

Swain notes that smaller renewable energy projects, such as wind, solar and geothermal, have the advantage of being built incrementally to meet demand.

As it stands, Site C will operate at 100 per cent surplus in its initial years, causing electricity to be sold at a loss to other markets.

“The story of geothermal energy is well known to the commission, which advised BC Hydro to seriously examine the possibility when it turned down Site C in 1983,” Swain writes. “BC Hydro did not do so.”

According to BC Hydro’s own estimates, geothermal energy could provide up to 700 megawatts of power in the province. 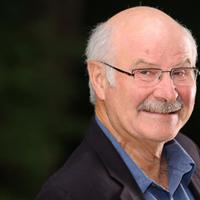 “However, after 34 years, all the basic resource characterization and technology development has been left to the private sector,” Swain writes.

“The periodic claim that the technology is unproven is belied by routine operations in Italy, New Zealand, California, Alaska, Iceland and elsewhere.”

Further to that, Swain questions why BC Hydro has scaled back conservation efforts.

“Conservation is the cheapest source of electricity. BC Hydro should ‘buy’ conservation up to the cost of new supply. Backing away from [demand side management] is evidence of their current confusion,” Swain wrote.

Swain writes that if the project relies solely on spot market sales for its first 20 years, and spot prices continue at current levels, the 2024 net value of the project would be about $2 billion.

“Solely from a financial point of view, unless the cost to complete is less than $2 billion, the project should be cancelled immediately and the landscape restored to a sustainable shape,” Swain writes. “The Flood Reserve of 1957 should be rescinded, and expropriated properties returned with no losses, broadly considered, to their owners.”