Youth are winding up homeless on Canada’s streets younger than previously thought, according to the first pan-Canadian survey of its kind released this week.

Without a Home: The National Youth Homelessness Survey of 1,103 respondents across 47 different communities in 10 provinces and territories, revealed that jurisdictions where support services are available to young people only when they’re 16 or 18 “are waiting much too long to intervene.” About 40 per cent of the youth surveyed became homeless before they were 16.

And the survey dispels “popular myths about young people who become homeless for frivolous reasons,” said Dr. Stephen Gaetz, one of the report’s co-authors.

Youth on the street reported a high degree of housing instability before they experienced homelessness. One-quarter were homeless for the first time, three times as many had experienced multiple episodes of going without a home. About 36 per cent have more than five experiences of homelessness.

The reasons vary but include significant childhood trauma and abuse (63 per cent), physical abuse (51 per cent) and sexual abuse (24 per cent). About 47 per cent reported experiencing other forms of violence. (The numbers add up to more than 100 because so many youth reported several of these in their history.)

On average, youth became involved with child protection services at age eight and a half. One-third were involved before the age of six.

“That kind of instability undermines their ability to move forward,” Gaetz said, noting that homeless youth also experience harsh challenges at school — from bullying to learning disabilities — and have high drop-out rates.

More than four in five youth reported being bullied in school. Roughly one in two had been tested for a learning disability such as ADHD (46 per cent) or physical disabilities (47 per cent).

Gaetz also noted how diverse the homeless youth population is, and how each group’s experience with homelessness intertwines with violence, crime, or debt.

About 29 per cent of those surveyed identified as LGBTQ2S, 30 per cent are Indigenous, 28 per cent identified as being a member of a racialized community, and 10 per cent were born outside Canada.

Sean Kidd, another co-author of the report, said it’s important to note the youth’s resilience too. “We see many challenges in this survey,” Kidd said, “but it’s important to know how much worse they’d be” without their resilient and creative survival skills.

There are limits to what the survey can tell us. Its researchers worked with more than 60 community organizations, so it’s a snapshot of youth who are working with those agencies. But it doesn’t provide information about youth who are homeless and outside the system.

Nonetheless, the report identifies seven key ways youth suffer from not having a home. They include: ongoing housing instability; high levels of chronicity (31 per cent are chronically homeless); nutritional vulnerability (only 26 per cent have access to good quality food when they need it); declining mental health (85 per cent show symptoms of distress).

Homeless youth are at elevated risk of suicide as well. Forty-two per cent of those surveyed had attempted it at least once; 35 per cent had had at least one overdose requiring hospitalization.

Low school participation rates paint a stark picture of the failure of Canada’s education system. While the nation’s overall dropout rate sits at nine per cent, the rate for homeless youth is 53 per cent. 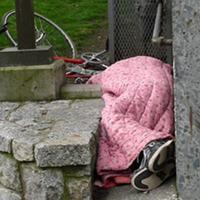 Solving Youth Homelessness, One Community at a Time

That shouldn’t be taken to mean these youth do not want to participate in school, Gaetz notes. Instead it reflects a living experience of uncertain shelter, insufficient and poor food, and everything that goes with that. The national survey found that 73 per cent are likely to return to school. 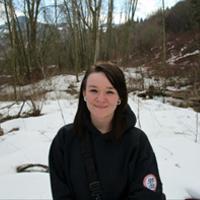 “We’re waiting way too long” to address youth homelessness, Gaetz said, which is why the report also includes recommendations for change that keeps its focus on the needs of youth.

The researchers recommend early intervention, a “family-first” approach, school-community partnerships, and transitional supports for youth aging out of foster care. Putting housing first for youth, integrating public support systems and fortifying natural ones, such as friends and family, are important too.

The report “paints a compelling picture but a disturbing one,” Gaetz said. Its hope, he adds, is getting young people who are “mired in homelessness out of homelessness as quickly as we can with housing and supports.”