Speaking as part of a panel on homelessness and tent cities, British Columbia cabinet minister Rich Coleman said, “The biggest challenge is, how do we stop these in the future?”

Coleman, the natural gas minister and the deputy premier to Christy Clark, is also the minister responsible for housing. He was speaking at the Union of B.C. Municipalities convention in Victoria to an audience largely comprised of mayors and councillors.

In recent years, Victoria, Vancouver, Maple Ridge, Abbotsford and other municipalities have wrestled with what to do about tent cities, while homelessness has increased throughout the province.

He discouraged audience members from “judging” people who live in tents in their communities or who are otherwise in need. “People are all God’s creatures and all of them deserve our support when they’re most vulnerable in their lives,” he said.

There are resources available through the health-care system to help with mental health and addictions, and a new facility on the Riverview site will also help, Coleman said.

The minister, who was the first panelist to speak, departed immediately after making his remarks so that he could be available for meetings with municipal politicians. Had he stayed, amid the discussion he would have heard a call to help people not when they hit bottom, but sooner.

Nicole Read, the mayor of Maple Ridge, talked about the challenges her city faced when a tent city grew on a residential street in 2015. 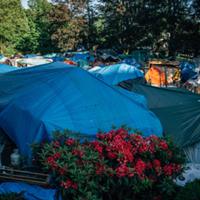 The city, with support, responded without resorting to the legal system to disband the encampment and found housing for 143 people, all but 13 of whom remain housed, she said. Some 189 people were referred to mental health services, 89 to detox and 71 to treatment for addictions.

It’s critical, however, to point out the drivers of homelessness, Read said.

“We have a younger than average regional population of homeless people between the ages of 19 and 35 who are extremely street entrenched,” she said. “They are heavily addicted, they are severely mentally ill, and it’s very difficult to connect some of these people to housing.”

Creating a National Housing Strategy, a process started last spring, is important but not enough on its own, she said. “We have to get upstream and invest in our kids. We absolutely have to prevent our kids from entering pathways that lead to homelessness.”

There are many vulnerabilities, she said. The foster care system is fragmented and abandons young people when they turn 19 to fend for themselves, a problem well illustrated by the province’s representative for children and youth, Mary Ellen Turpel-Lafond, Read said.

“We don’t have enough community based resources,” she said. “We’ve got a lack of school councillors, children who have increased anxiety.”

There are too few residential treatment beds for young people with addictions, and statistics from the Kids Help Line say that one out of five youth in the province seriously considered suicide in the last 12 months, Read said.

“If we can’t keep our kids from feeling vulnerable, then when drugs are introduced to them we will continue to see kids enter the pathways that lead them to the streets,” she said.

While some in the community still believe in promoting abstinence from all drugs, it’s clear that approach will continue to result in more youth becoming homeless, she said. “We need to treat this as a health issue and not a moral issue.”

Many are vulnerable, says councillor

From others on the panel, it was clear that spending money to help people earlier could avoid the need to pay to fix a crisis later.

Victoria Mayor Lisa Helps said her city spent $1.2 million in 2015 and $1.1 million in 2016 to deal with people sleeping in parks, most of it for policing. The recently disbanded tent city cost Victoria another $1.6 million.

“Tent cities are expensive,” she said. 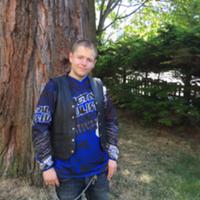 'We Can Do Better': Residents, Advocates Fight for Victoria Tent City

Dominic Flanagan, an executive director at BC Housing, observed that there has been insufficient housing created in recent years and not enough support. Many of the people living in the province’s tent cities are among B.C.’s poorest, he said.

Along with addictions and other health challenges, they may be leaving prison with little support, he said. The agency is working to create more supportive housing and to improve services for people, he said.

Kerry Jang, the Vancouver city councillor who moderated the discussion, observed that assistance rates from the province are too low, particularly the $375 a month earmarked for shelter. “The general rate is not keeping up with inflation,” he said.

General welfare rates have remained frozen since 2007. A raise to disability assistance rates began Sept. 1, but was partially eaten for many recipients by the provincial government’s decision to have them pay for previously free transit passes.

In an interview, Jang said Vancouver’s homeless population has been becoming younger. Factors include the lack of support for people leaving prison, aging out of government care or arriving from other provinces. A huge number of people who are homeless come from First Nations, he said.

“Every story is individual,” he said.

The response needs to be varied as well, he said, pointing out the need to increase shelter allowances, extend foster care so people over 19 years old remain supported, and address poverty. When 53 per cent of the people are living paycheque to paycheque, as a recent survey suggested, many people are vulnerable, he said.

Victoria Mayor Helps said that in 1989 the federal government spent $114 per Canadian on housing, a figure that had dropped to $58 by 2014.

“For Mr. Coleman, whose been on the housing watch for 15 years, to just now wake up to the fact this is a social crisis is quite extraordinary,” said NDP leader John Horgan in an interview.

With an election coming in May, the government is spending money on housing but is ignoring its own role in creating the crisis, he said. “It's that underlying social problem they don't seem to get. There is no mental health and addictions system in British Columbia.”