Mulcair criticized the Liberal government’s decision to allow the Canadian Nuclear Safety Commission (CNSC) to investigate itself in the wake of a scathing anonymous letter citing serious safety failures.

The letter was reportedly sent to commission president Michael Binder weeks ago and to media outlets this week.

It alleges CNSC management withheld information from commission panels holding licensing hearings for two nuclear plants in Ontario. The CNSC regulates the use of nuclear energy in Canada.

But Mulcair said the letter’s serious allegations should trigger an independent investigation by the government.

The letter’s authors say they are “specialists” on the commission staff. They raise concerns about safety assessments done as part of licensing hearings for the Bruce Power and Darlington nuclear power plants in Ontario and allege information was withheld from the hearings.

“Our primary concern is that CNSC Commissioners do not receive sufficient information to make balanced judgments,” reads the letter, which lists a number of specific concerns about withheld information or improper processes.

The authors said they raised the issues anonymously because they have no faith in whistle-blower protection in Canada and fear reprisals.

“This is clearly a letter with a lot of informed technical detail,” he told The Tyee. “This is not some random stuff, it’s clearly a whistleblower letter from someone who is very concerned that the commission is either ignoring or not properly taking in to account information that could have a profound effect in one of the most important areas of public safety.”

Mulcair noted that in 2008 the Conservative government had demoted commission president Linda Keen when she refused to allow a nuclear reactor to resume operations because of safety concerns. 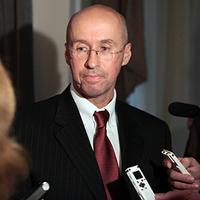 Mulcair said he fears the commission culture continues to give too little emphasis to safety issues.

But a spokesperson for Natural Resources Minister Jim Carr said he has confidence in the commission’s ability to investigate itself.

Carr will meet with the commission to raise the issues in the letter, said Laurel Munroe.

“As an independent agency, the CNSC has launched an investigation into the issues raised in the letter,” she said. “The expectation is that next steps in the investigation will be shared with the Canadian Nuclear Safety Commissioners, Minister Carr, and the public.”

But Mulcair said the letter shows people within the industry are concerned that it is not being regulated properly.

He said the federal government needs to take the warnings seriously.

“I’m speaking on behalf of a lot of Canadians who are alarmed to read this and want to make sure Canada is doing what is necessary to ensure public protection in this extraordinarily crucial area,” he said.