Less than two years after winning the leadership of the British Columbia Conservative Party, without ever leading the party into an election, Dan Brooks is stepping down. 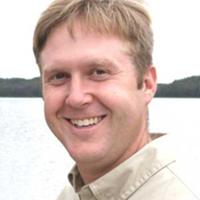 'Conservatives Are for the People': New BCCP Leader

"It became increasingly obvious to myself the party needed a change in leadership," said Brooks, a hunting guide who was 38 years old and the father of seven daughters when he became leader in 2014.

The party holds no seats in the B.C. legislature. While Brooks said he's been successful at rebuilding the party's internal structures, he added the chances for electoral success under his leadership were slim.

"No grizzly-hunting Mormon from Vanderhoof is ever going to be premier, I know that," he said. But nor did his hopes of making gains in the north of the province materialize. "Unfortunately I've been unable to make the breakthrough that I'd hoped."

The party doesn't plan to run candidates in two byelections that Premier Christy Clark is required to call soon to fill vacancies in Vancouver-Mount Pleasant and Coquitlam-Burke Mountain, Brooks said.

"It would be a waste of resources at this point," he said, adding the Conservatives have no chance of winning either race. "We're just going to conserve our resources for the leadership race."

The party needs to focus on the general election scheduled for 2017, Brooks said. Making gains requires someone with a higher profile to step forward, he said. "I simply wasn't able to garner sufficient public attention to grow the party beyond where it is."

He noted that several federal Conservative MPs lost their seats in the national election in October and the name recognition they would bring to the provincial party would be a tremendous boost.

Lawsuit a factor in resignation

In 2013, John Cummins, a former federal member of parliament, led the BC Conservatives. While the party received strong poll numbers several months ahead of the election, the support evaporated as internal disputes became public.

After the election and Cummins's resignation, Brooks won the leadership in an at times bitter battle with Vancouver businessperson Rick Peterson. Following the race, Peterson sued Brooks and several other Conservatives.

Brooks said the ongoing lawsuit was a factor in his decision to step down. "Absolutely that lawsuit did contribute to it," he said, adding he plans to continue the legal fight with Peterson. "I have no incentive to settle with this man."

Besides the lawsuit, Brooks had the expenses of running the leadership campaign in 2014 and the campaign in 2013 to represent Nechako Lakes as the MLA. "It's too much for my family to bear," Brooks said.

The leadership position does not come with a paycheque. "I couldn't spend the time being a volunteer much longer," he said. He plans to focus on his business and his family, he said.

Brooks will remain as the interim leader until Feb. 20, when the party meets in Richmond for its annual general meeting. He said he's leaving the party in good shape for whoever becomes the next leader to be successful.

He said he would stay involved in the party and hopes to run again in Nechako Lakes in 2017.