Back in August, The Tyee named Burnaby North-Seymour a tight race to watch this election. Six weeks later, no clear winner has emerged as the latest polls show Liberal Terry Beech advancing on NDP and Conservative frontrunners. 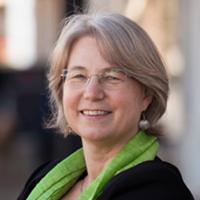 Why I Won't Step Down to Stop Harper

The Tyee revisited the contested new riding by paying unannounced visits to four candidate offices along Hastings Street. The crawl offered a snapshot of each campaign’s energy and tactics, but it didn't provide hard evidence about the outcome.

Here's how the election looked on a fairly quiet day in early October.

When The Tyee last visited the office of candidate Terry Beech, it had been jammed with party faithful from all over the Lower Mainland. They were a strikingly diverse group, gathered to hear Justin Trudeau give a pep talk.

Trudeau arrived alone off the street, dark slacks, white shirt, no tie and no security, and took charge at once. He spoke without notes and without ums or ahs, giving his audience a personal encounter with charisma like his father's in the 1968 Trudeaumania election.

On this late-morning visit, however, the office was empty except for one young man, also named Justin, who was minding the store as office manager. He told The Tyee the office is busier when teams come in for afternoon and evening canvassing.

Next up, chez Lynne Quarmby

A few blocks west, The Tyee found the Green Party office quietly busy. The Liberal office was one big space full of tables stacked with literature; the Greens had a suite that looked lived-in, full of stacked lawn signs and piles of green t-shirts. Candidate Lynne Quarmby was there, just back from an all-candidates' debate at a local high school.

One theme of Quarmby's campaign has been responding to claims her party splits the progressive vote. Not true, she says. If she quit the race, Quarmby told The Tyee, her backers would disperse back to all three other parties.

Quarmby likes her opponents; Mike Little, she said, is a "good citizen" -- she just can't understand why he's working for Harper. She needled the NDP on backing earlier free-trade deals, like the one with Korea, which haven't improved trade, but being hesitant about the Trans Pacific Partnership.

Having just returned from an all-candidates' debate, Quarmby noted that Little was very much there, and had been in a few others. But none had been open to the public; they were either in schools or in senior retirement homes. She also said that the debates in seniors' retirement homes bring out some "feisty" folks who aren't interested in merely seniors' issues -- "They want to know where we stand on the big issues," she said, like climate change.

Quarmby said she's jumped from one event to another -- an all-candidates' meeting one day, a taping on science policy for CBC's Quirks and Quarks the next.

Tucked away in a strip mall off Hastings, the Conservative headquarters looked deserted when The Tyee arrived. Three people were there, however, in a quiet, bare office with no clutter but a bowl of fruit, Mike Little himself, his campaign manager, and a young assistant behind a laptop.

Little was cordial and offered some small talk about the length of campaign. He said he couldn't stay for a chat, and suggested The Tyee talk to the campaign manager. The manager, however, promptly said he too was short of time. So the conversation was brief, mostly about Conservative involvement in debates.

Little said the priority was knocking on doors, and evening debates cut into front-porch time. Still, he said, he'd managed to find time for one evening debate at a seniors' residence as well as that morning's high school debate.

The office's empty appearance -- no volunteers, no leaflets, no lawn signs or t-shirts -- may reflect the strategy Little outlined to The Tyee early on: identify the base from 2011, ensure it's still on side, and get it out to vote Oct. 19. Little and his campaign manager were certainly not eager to reach potential new voters who read The Tyee.

At the end of the crawl, The Tyee found NDP candidate Carol Baird Ellan working in a crowded, busy, overheated office, talking to a supporter who'd just dropped in.

The Tyee found her calm and upbeat about the campaign. As workers moved in and out with boxes of literature, she said the office is a "humming hive," with so much going on that she sometimes has to go home to prepare for interviews and debates.

Talking about debates, Baird Ellan echoed Quarmby's observation that Little has taken part only in non-public events, in retirement homes and schools.

Asked about her get-out-the-vote plan, Baird Ellan said it was "massive and sophisticated" and would kick in with the advanced polling, which begins today.

What about the much-publicized fall of the NDP in the polls? Baird Ellan said she'd seen Tom Mulcair in Surrey that morning: "He's ebullient, and very optimistic," she told The Tyee, and enjoying the fight.

What can we conclude from this impromptu snapshot of four very different campaigns?

It may be that the Liberals really have scheduled their workers for specific times, or that they're not drawing the numbers that Justin Trudeau attracted a few months ago. The Greens' three or four workers were clearly working hard and happily, especially Quarmby herself. Little remains cautiously focused on his base.

The New Democrats had by far the most energetic office, with volunteers bringing in boxes of freshly-printed leaflets and the candidate working in the thick of it. Ignore the polls showing the NDP falling farther and farther behind, and you'd think Baird Ellan's team was about to win the riding handily.

Perhaps the mood in the four campaign offices reflected their parties' strategies, or just the luck of the draw in this particular riding. But each was running what supporters considered to be an effective campaign, and when the next election rolls around -- perhaps as early as 2016 -- we're likely to see those party volunteers turn up yet again. Without them, we'd have mere sham elections.