A Liberal MP hasn't represented Burnaby North-Seymour since the 1970s. Divided thereafter, the Burnaby side of Burrard Inlet has reliably gone New Democrat, while the North Shore has been Conservative. 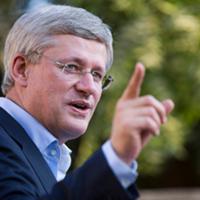 Numbers Win Elections, and Here Are the Key Ones

Now a single riding again, it looks like a Tory-NDP battlefield: In the 2011 federal election, the polls now in Burnaby North-Seymour voted 44 per cent for Conservatives, 35 per cent for New Democrats, 15 per cent for Liberals, and four per cent for Greens.

But Terry Beech, the Liberal candidate this year in Burnaby North-Seymour, thinks the numbers will work for him.

With polling numbers scattered all over the map, the riding remains up for grabs. A mid-August riding projection by ThreeHundredEight.com puts the Liberals at 31.3 per cent, the NDP at 37.8 per cent, the Conservatives at 25.6 per cent, and the Greens at 4.3 per cent. But an in-riding poll of 301 residents by Insights West last May saw the Liberals trailing with just six per cent, behind Conservatives at 15 per cent, Greens at 19 per cent and the NDP at 35 per cent.

Terry Beech is a 30-something who looks young for his age, but he's built an impressive political and business resume. At 18 he was elected a Nanaimo city councillor. To learn more about his job he took a diploma in public administration at Capilano University, where his classmates were mostly municipal managers.

To put himself through a business administration degree at Simon Fraser, Beech won $80,000 worth of scholarships; then he and his twin brother turned his scholarship knowledge into a nonprofit company, Twinbro.com, which has taught over 35,000 high school students how to find money for post-secondary.

What he knew also got him to Oxford for an MBA, and then to a short program at Harvard Business School. He went on to launch a high-tech company, HiretheWorld, which matches clients with graphic designers, and Beech Partners, helping other entrepreneurs start and grow their companies. He also returned to SFU as an adjunct professor teaching entrepreneurship.

The business community has already spotted him as a rising star. Business in Vancouver named him as one of the "Top 40 Under 40" in 2013, and Maclean's named him one of Canada's top 10 leaders under 30.

Six months ago Beech paused his teaching and direct involvement in his businesses and dedicated himself full-time to running for Parliament. He says he's been knocking on doors ever since, stopping by 14,000 of them in the past year.

And what is he hearing from voters? Stories of inequality on the rise, hurting middle class families like his own.

"The people we talk to worry about sluggish incomes, the high cost of living, care-giving, their heavy household debts, diminishing employment prospects for themselves and their kids, and the increasing possibility that the younger generation may not be able to do as well as their parents did,” he said.

As remedy, Beech hammers two main planks of the Liberal platform: a tax cut for middle incomes and a child benefit.

"Coming from a working class family, I understand the importance of supporting families who are working hard to make a living and ensuring everyone has a chance to succeed," he said.

As a technology entrepreneur, Terry Beech doesn't like the Conservatives' lack of interest in numbers and hard data -- ditching the long-form census, for example. He's not eager to base the economy on resource extraction; applying hard research findings to problems leads to innovation, he argues, and that's where the economy should be.

Beech expresses a commitment to balancing economic, environment and public safety concerns. "When it comes to development projects, governments grant permits, but communities grant permission," he told The Tyee.

In a follow-up statement,* Beech noted the Liberal Party now has an explicit policy on Kinder Morgan: "We recognize that the current National Energy Board process is flawed and needs to be revised to ensure that it is fair, scientific and objective," he wrote in an email statement. "Any future pipeline project, including Kinder Morgan, would have to go through this new process, as well as get support from the local community and partner First Nations."

On the environment, Beech is also quick to plug his leader. He recalls when Trudeau visited Vancouver after the fuel spill in Burrard Inlet, and pledged to reinvest in spill response. "We will re-open the Vancouver Coast Guard station and reverse the damage of Stephen Harper's cuts to marine safety," Beech said.

Terry Beech has a lot to recommend him: an ambitious young man who's raced up the education ladder, built unusual new businesses, and now wants to serve his country as a member of Parliament. He sells himself well one-on-one, reeling off his talking points with enthusiasm and without sounding robotic.

It remains to be seen whether he can sell the young families and seniors of Burnaby North-Seymour on making him the guy they want representing them in Ottawa.