The lawyer who won a class action lawsuit requiring the Dutch government to ramp up its climate action says the legal argument he used in The Hague could also hold up in a Canadian court. 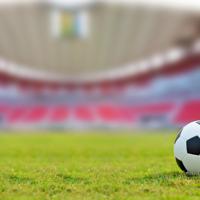 "The science is of international value, so it would also apply in any case outside of the Netherlands," said Roger Cox, a partner with Paulussen Advocaten.

Cox says he also relied on the principle of the duty of care, or the tort of negligence in the Netherlands.

"The criteria that define the duty of care in a given situation are more or less the same in any jurisdiction, so these criteria would probably also apply in Canada," he said.

"From that perspective, I think that this ruling could have a larger influence than only in the Netherlands."

That ruling came from the District Court of The Hague last June, and says the Dutch government must cut at least 25 per cent of that country's 1990 emissions levels by 2020. As a lawyer for the Urgenda Foundation, Cox represented the plaintiffs -- almost 900 Dutch citizens.

Previously, as part of its "Dutch vision on global climate change" the Dutch government said, "it is the intention of the Netherlands to adopt a new international climate change agreement during the COP 21 in Paris in 2015. This new agreement should be applicable to all countries and must enter into force in 2020, when the second phase of the Kyoto Protocol expires."

Already, Cox is involved in initiatives in Australia, England, France, Ireland and Italy, where he says NGOs, legal scholars and universities have taken interest in the Dutch case.

He and the Urgenda Foundation are trying to bring these different parties together in order to launch similar cases elsewhere, Cox says. As part of this effort, he's travelling to other countries to discuss the case in The Hague.

Cox will be in Toronto on Tuesday to speak about climate change and the rule of law at a Centre for International Governance Innovation (CIGI) event. His talk comes at the start of the seventh week of the federal election campaign, which has seen the party leaders commit to varied and, at times, conflicting measures to fight climate change.

The Conservatives said they will reduce 2005 emissions levels by 30 per cent by 2030.

On the other hand, the Globe and Mail reported just before the Labour Day long weekend that environment critic Megan Leslie says the NDP will commit to emissions reductions of 34 per cent by 2025. Different from the Conservatives, however, the NDP are using base-year emissions from 1990. That party also has a goal for 2050 -- to slash 80 per cent of 1990 levels.

Meanwhile, the Liberals haven't announced emissions reductions targets. Instead, the party says, "A Liberal government committed to attending the Paris climate conference, and within 90 days, holding a First Ministers meeting to work together on a framework for combatting climate change. Central to this would be the creation of national emissions reduction targets."

As part of his speech, Cox says he'll address a few subjects, including "the climate science that was not disputed in our courts."

Cox will also discuss the criteria that had to be met in order to establish the duty of care in the Netherlands and how this process compares to those elsewhere.

"We have not argued in the Dutch court... that the government does not comply with its own commitments," he said, referring to its emissions targets.

Similarly, in Canada, the case would have to be made "that the Canadian government does not comply with what is scientifically necessary." In other words, that it doesn't follow the IPCC's 2007 findings -- that developed countries should cut their 1990 emissions levels by 25 to 40 per cent by 2020 -- which Cox says Canada "acknowledged" in 2010.

Several Canadian legal experts will also speak at Tuesday's event, including David Estrin, a CIGI senior research fellow and certified environmental law specialist, who says that "from my conversations with (Cox), as well as my reading of the judgment, I have some considerable optimism that the same facts presented in a Canadian court have a very reasonable potential of attracting the sympathy of a court and possibly even a remedy."

Describing the IPCC, Estrin says this group consists of "the world's best experts on climate change." Accordingly, the panel has undoubtedly "the best ability and most credible opinion on this issue" -- (man-made) climate change.

As for the duty of care, Estrin says that in the event that a Canadian court didn't find that the federal government had this duty, the plaintiff's lawyer could use the right to life or the right to the security of the person, which are part of the Canadian Charter of Rights and Freedoms.