According to Michael Decter, a former Ontario deputy minister of health and financial advisor who chairs the board of Patients Canada, there are two "real embarrassments" in Canadian health care. 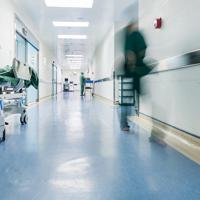 Will Harper's Strikes against Medicare Matter This Election?

The first is that half a million people in Atlantic Canada have no drug coverage whatsoever. "That's pretty glaring," he said, noting that in that region stories of communities helping neighbours raise money to buy expensive drug treatments are common.

The other is the "abysmal" life expectancy and health status of First Nations, Inuit and M&eacutetis people in the country, Decter said. That's not, however, so much a matter to address through improved health care, he cautioned. "The answers to that are largely in the broader determinants of health."

While those are the two "fundamental problems" he sees with the system, there are many other areas where it could do better. "There's a lot to be improved in the system," he said.

However, a month into the election campaign, none of the three parties with a chance to form the government has presented a coherent plan to deal with these fundamental problems, or an overall vision for improving health care in Canada.

As Decter puts it, "In terms of the campaigns, so far there hasn't been much said on health care."

Some of the leaders have begun to commit to measures like meeting with the country's premiers to discuss the issues, but as of Sept. 8 none of the parties had released its health care platform. Spokespeople for each party say there's more to come soon.

Decter said despite fundamental problems, health care feels less under threat than it did in the late 1990s. The increased budget since 2006 with transfers rising by six per cent a year has helped, he said, though much of the increase has gone to providers rather than spur a shift from a system centred around doctors and hospitals to one that's more community based.

As provinces face making do with smaller increases after 2017, funding is needed to help find innovative ways to deliver care, he said.

Many people aren't getting care they need when and where they need it, Decter said. Canada is one of the last countries where doctors are paid a fee for service instead of receiving a salary or being paid based on the outcomes for their patients. "We're paying people for being there and doing things whether those things work or not," he said.

An August editorial in the Canadian Medical Association Journal was more critical of the current Conservative government. Matthew Stanbrook argued that the federal government appears to be trying to get out of health care.

"For much of the last decade, Canadian federal health policy has been conspicuous by its absence," he wrote. "Many essential aspects of health care are a federal responsibility, and our biggest, most complex problems in the health care system cannot be solved without federal leadership. Without such leadership, Canadians will continue to suffer."

The federal government has avoided collaborating with the provinces through the Council of the Federation, declined to renew the First Ministers' Accord on Health Care, weakened the public health agency's authority, muzzled scientists, eliminated the long form census, and eroded research support, Stanbrook wrote.

"Lack of universal drug insurance places at risk the lives and health of far too many Canadians who cannot afford the increasingly expensive medications they need," he said, noting a national plan would cost little and provide great benefit to many people.

Emily Nicholas Angl, a Torontonian who is a speaker and advisor for Patients Canada and who works with Dr. Mike Evans promoting public health, said that from a patient's point of view the system can appear fractured and disjointed.

"There almost is no big picture to have," she said. The delivery of health care in Canada, and the experience of patients and their families, depends not just on provincial and territorial governments, but on local hospitals and medical offices, she said.

As a patient who over the course of 10 years had extensive care for various conditions, the 33-year-old Angl said, "In my experience I had a positive experience in terms of the people, but in terms of the actual system, it felt like my job."

Which is to say it took a lot of work at her end to navigate her care, a problem for people in need of help. "I think it doesn't feel very much like a system," Angl said. "It feels like a lot of different institutions that are quite siloed.... It's very much small pockets of health systems."

That leads to inequities in a system that is supposed to be universal across Canada, she said. "There is want for some sort of consistency or direction for making things better across Canada," she said, pointing out that needs to come from the federal government. "There should be some sort of direction and support."

Across the country hospitals face some common problems, said Canadian Medical Association's past president, Chris Simpson. "Emergency rooms are kind of like the barometer of the system," said Simpson, a cardiologist based in Kingston.

In travels throughout Canada in the last year, he found crowded emergency rooms from coast to coast. "Everywhere I went the story was the same," he said.

Those problems are a symptom of a larger problem with Canadian health care, he said. "The main issue is this over reliance on hospitals and doctors to solve all our health care problems."

The CMA is campaigning to improve care for seniors, which Simpson said will relieve the pressure on hospitals and emergency rooms. "We think if we can fix seniors care... we'll go a long way to fixing what's wrong with health care in general," he said.

Building the system around doctors and hospitals may have made sense in the 1960s and '70s, but the population has since shifted, Simpson said. As the Canadian population ages, health practitioners now spend a lot more time helping people manage chronic conditions, he said.

"You don't need hospitals to do that, but that's where they're coming," he said. These are people who could be looked after cheaper -- and better -- outside the hospital, he said, adding a hospital bed costs the government $1,000 a day compared to $150 a day for a bed in a long-term care facility.

"We fundamentally don't think there needs to be more money in the system," Simpson said. Health care takes up about 11 per cent of Canada's GDP, he said. "We don't need to spend more than that, but we need to spend very differently."

There's an opportunity for the federal government to set national standards and bring the provinces together to help them provide better care than they could on their own, he said. The system can keep spinning its wheels and have differing levels of care across the country, or arrive at a national vision, he said. "For me it's as simple as that."

While he's beginning to hear a little more about health from the various parties, and all are promising to say more before election day, it has been far from prevalent in the debate, he said. "I'm kind of hoping health care will be that sleeper issue they'll build on as we get further into the campaign."