For Canadians concerned about the state of health care in the country, there has been little on offer from the main parties during the first five weeks of the federal election campaign. 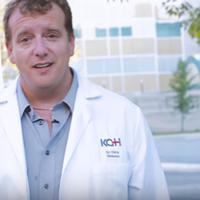 One Month in, Major Parties Still Quiet on Health Care

Despite the silence, public opinion surveys consistently rank health care as a top priority, while groups like the Canadian Medical Association and Unifor are pushing the issue to the top of the agenda of all parties.

In interviews with The Tyee, observers and experts outlined many areas of health care that need attention and federal leadership, including seniors' care, drug coverage and integration between services.

While the Conservative government has tried in recent years to limit its role to funding, federal health panel chair David Naylor called for federal reengagement and recommended creating a national fund and agency dedicated to improving health care in Canada.

With the exception of the Greens, the parties have barely begun to outline their plans, a stark contrast with the vision observers say is needed.

But as of Sept. 10, none of the three main parties with a chance to form the government has released a full health care platform, or given the topic prominence.

Calls to the Alberta campaign office of Rona Ambrose, the minister of health in the Conservative government, went unreturned.

A spokesperson for the party in Ottawa, asked why there was no mention of health care on the Conservative website, said simply, "We haven't put out our health platform." She said she or Ambrose could talk about the government's past health policies, but provided nothing forward-looking.

A February 2014 policy document on the party's website outlines 10 of its basic beliefs about health care, including that all Canadians should have access to timely, quality services regardless of their ability to pay, and that the provinces and territories should be given "maximum flexibility" to deliver medically necessary services within a public system.

Murray Rankin, the NDP incumbent running in Victoria, was the party's health critic for seven months before the prime minister called the election. "We're going to make sure [health care's] an issue," he said. "We'll be talking about it."

As of Sept. 10, the party's website had four paragraphs on health care, most of which criticized Stephen Harper's record of "neglect" for the system. Some five million Canadians lack a family doctor and "Conservatives imposed billions in unilateral cuts to our health care system," it said.

It said NDP leader Tom Mulcair has a "concrete plan" to improve access to medical care, but offered little detail. "As prime minister, Tom will stop unilateral Conservative cuts to health and get back to working collaboratively with provinces and territories to improve primary care and expand access to long-term and primary care," it said.

Rankin said Harper's plan to reduce the annual increase in health transfer payments to the provinces and territories after the election will create a $36 billion hole in health care over 10 years. Instead of growing at six percent, the transfers will be linked to growth in the economy, with a minimum annual increase of three per cent.

An NDP government would keep the transfers growing at six percent a year, he said, adding that with an aging and growing population we should expect to spend more on health care.

The NDP would renew the health accords, which tied health care funding to provinces and territories achieving demonstrable results. "That's what federal leadership is about," he said, promising the party would make leadership on healthcare an election issue.

The party would work with the provinces to deal with the high cost of drugs, put an aging strategy in place and take a good look at the Naylor report. Asked about the key recommendations to create a fund and agency responsible for innovation, Rankin said, "Yes. Categorically yes. It's about partnerships and working together."

It would work on a national dementia strategy, fund better mental health care and explore creating an independent agency like the Therapeutics Initiative at the University of British Columbia to give independent advice on prescription drugs. "That's something we would like to do federally," he said.

The NDP would also do more to enforce the Canada Health Act, he said, noting the federal government has failed to intervene in the ongoing extra billing lawsuit between the province of B.C. and Brian Day's Cambie Surgery Clinic.

"It potentially is a huge threat," Rankin said. "Two tier medicare I think is not in the interests of the health care system. It will lead inexorably to better care for people who can pay for it."

Liberals would talk with premiers

In a Sept. 2 letter to Canada's premiers, Liberal leader Justin Trudeau committed to working with them on health care.

"If my party forms government, we will call a federal-provincial meeting to reach a long-term agreement on health care funding," he wrote. "A Liberal government will reengage in areas where there is direct federal responsibility, including health promotion, support to caregivers, and First Nations' health, and will meet with the Premiers to talk about how to strengthen health care."

Hedy Fry, who has represented Vancouver Centre as a Liberal since 1993 and serves as her party's health critic, is a physician and former president of the B.C. Medical Association. "If nothing is done about health care it will hit a critical point very soon," she said.

The provinces are already struggling with the inequity created when the federal government moved to per capita funding, a policy that created a $1 billion windfall for Alberta but shortchanged provinces like Nova Scotia, she said.

Long-term care is a focus for the Liberals, Fry said, adding there needs to be a shift to more care in the community and acute care in a hospital should only be for when it is medically needed.

As for a national pharmacare program, she said the then Liberal government in 2004 addressed pharmacare in health accord commitments that Harper later abandoned. "We understand the issue," she said. Rather than commit to a national program, she said, "We want to present it to the provinces and have a discussion and negotiation."

Fry also pointed out that research out of UBC shows a pharmacare program could pay for itself. "We pay more for drugs per capita than any other developed country in the OECD. We need to fix that."

Treatment of the Naylor report was typical of a government that sat on its hands for 11 years and only started talking about innovation ahead of the election, she said. The government needs to do more to set indictors and measure outcomes, she said, noting that the Commonwealth Fund ranking of Canadian health care has seen the country drop from fourth to tenth among 11 of its peers. "It's a race to the bottom for us."

Fry declined to comment in detail on the Day case, but did say that allowing people to jump queues by paying for their own treatments won't help the system.

Chris Simpson, the past president of the Canadian Medical Association and a Kingston cardiologist, said he's begun in recent weeks to hear more from the various parties on health care, even if none has outlined a vision yet. More focus is needed, he added, saying that's only likely to come with public pressure for more detailed answers from the candidates.