British Columbia's Ministry of Natural Gas Development has responded to a critical report that challenges its numbers on the potential size, earnings, and environmental impacts of the proposed liquefied natural gas industry in the province. 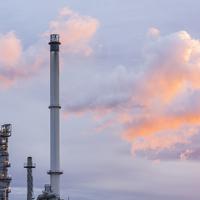 "There's two things I don't believe any more. Polls, and anything written by the Canadian Centre for Policy Alternatives," Natural Gas Minister Rich Coleman reportedly said in response to the report.

"It's one of those reports you read and say fine... but I'm not going to buy any of this, because I know what [the] facts are, I know what our research is, and I know from sitting down with the companies that have been drilling what the pressure of the wells are, what they're going to have production-wise going forward in the next 10 to 25 years."

The Hughes report argued that the government's claim of a natural gas supply of 2,933 trillion cubic feet (Tcf) was not credible, given that the BC Oil and Gas Commission places B.C.'s proven reserves at 42.3 Tcf, with a total "marketable resource" (or what industry might be able to find, drill and frack) of 442 Tcf.

Reserves are a proven quantity based on drilling data, while resources remain a speculative number.

An email from Coleman's ministry said that it stands by the 2,933 Tcf as representative of "gas in place," or what other government websites describe as "marketable shale gas reserves."

"With advancements in technology over the last few years, as well as investments made by industry to improve extraction methods in the province, the Ministry of Natural Gas Development believes a 30 per cent success rate is very achievable over the long-term," it said.

The ministry also referred to Hughes's conservative reserve number of 42.3 Tcf as "dated" and said that it "ignored the full size of the resource base."

(A cubic foot can fill a basketball, and B.C. currently extracts about 1.5 trillion cubic feet of fracked shale gas a year.)

In a separate commentary in the Asian Pacific Post, Coleman wrote that the province has 3,000 Tcf of "gas in place" and that the Hughes report misrepresented the facts.

Hughes fired back in the forum below the commentary: "Mr. Coleman's suggestion that 2,933 Tcf represents B.C. gas available is incorrect -- if it is not recoverable it is not available and not part of the supply."

The 2,933 Tcf figure is greater than the total estimated natural gas reserves for the United States. The U.S. Potential Gas Committee estimates that there is a little over 2,800 Tcf that can be extracted from shale, coal bed methane and conventional gas deposits throughout the U.S., which includes all probable, possible and speculative resources.

The Canadian government has granted 12 licenses for LNG gas export terminals, while the B.C. government has lowered royalties and taxes in order to entice the construction of three to five terminals.

Hughes has pointed out from studies of shale gas resources in the U.S. that shale plays have high decline rates, which demand a drilling treadmill to maintain production. Most plays offer inconsistent returns with only a few sweet spots of high production.

As a consequence, initial high estimates of shale gas supply have been downgraded around the world. In 2012, the U.S. Energy Information Administration, for example, cut its estimate of technically recoverable resources of U.S. shale gas from 827 to 482 Tcf.

Hughes also challenged the government's 30 per cent recovery figure. Actual recovery efficiency rates for shale gas are low because wells can go from gushers to dribblers quickly. Recovery rates average around 10 to 20 per cent. In contrast, 75 to 80 percent of the gas can be recovered from conventional gas deposits.

"Various government statements strongly imply that the 2,900 trillion cubic feet of gas could be future supply and hence is recoverable and marketable. They do not state that 70 per cent of the gas is not recoverable," Hughes told The Tyee. "Similarly, calling something 'supply' when only 30 per cent of it is thought to be recoverable is misleading at best."

The B.C. government has said that its proposed LNG industry could earn windfall profits of more than $100 billion over 30 years based on the price differential between North America and Asia for natural gas.

But the Hughes report argues that this price differential has dwindled due to oversupply and volatile global markets.

Asked how the province will make money at current low Asian gas prices, the province replied: "Exporting LNG would open British Columbia's natural gas sector to new, growing markets in Asia where commodity prices are higher. LNG proponents are looking over a 30-40 year horizon. In the long-term, natural gas is a clean energy fuel with increasing, global demand."

Hughes also argued that LNG exports to China will not decrease greenhouse emissions, but instead make them worse due to methane leaks, energy costs and waste.

Addressing that claim, the government said: "Our government promised the cleanest LNG facilities in the world, and that is exactly what we will deliver. B.C.'s greenhouse gas benchmark sets the highest standard for LNG facilities in the world. Incentives and flexible options will encourage industry to invest in energy efficiency and clean energy."

Hughes responded that delivering on such promises would incur higher costs that may make the industry economics prohibitive. Using electricity as opposed as natural gas to power liquefied gas terminals, for example, would drive up costs and make LNG terminals in B.C., already among the most expensive in the world, even more uneconomic.

The government did not directly address questions about the scale of land disturbance caused by hydraulic fracking operations which can fragment and industrialize landscapes over time. The Hughes report claimed the disturbances would impact at least 17,000 square kilometres of land.

"The Ministry of Forests, Lands and Natural Resource Operations, the Ministry of Natural Gas Development and the Ministry of Environment are currently working on a cumulative effects assessment framework which will include development related to LNG," replied the ministry.