The Conservative government last week appeared to loosen its policy on retirement savings, but critics say the shift is little more than political posturing ahead of the fall federal election and is unlikely to ease Canada's pension crisis. 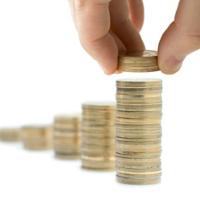 "This was a political manoeuvre by the government," said Chris Roberts, a senior researcher focused on social and economic policy for the Canadian Labour Congress. "As public opinion built, I think they felt they needed to innoculate themselves by doing something on it."

The CLC has pushed for years to double the Canadian Pension Plan, a program that has the major advantages over the alternatives of being universal and cost efficient. The Tyee reported on the proposal -- which would take just 2.8 per cent more from the average paycheque than the CPP does now -- as well as the pension crisis in depth in a 2009 Tyee series.

The Labour Congress campaign has won popular support. As CLC president Hassan Yussuff pointed out in an opinion piece published in the Winnipeg Free Press, as many as 80 per cent of Canadians support enhancing the Canadian Pension Plan.

"In all regions, in all age groups, in all income brackets, and among all party affiliations, Canadians want a better CPP," Yussuff wrote.

'The results are in': researcher

The federal government has so far declined to act on the CLC's proposal, which has had the support of the Canadian provincial governments, but on May 26 Finance Minister Joe Oliver announced that the government will consult Canadians on allowing larger, voluntary CPP contributions.

At the same time, he ruled out a mandatory increase to the CPP, characterizing the idea as a "job-killing, economy-destabilizing, pension-tax hike on employees and employers."

But a mandatory approach is precisely what's needed, said the CLC's Roberts.

There are already many options for voluntary savings -- including Registered Retirement Savings Plan, Tax Free Savings Accounts and Pooled Registered Pension Plans -- that many Canadians fail to use.

Research by behavioural economists shows that a number of people who are left to cope with saving for retirement on their own fail to save enough, Roberts said.

Many people are short-sighted and poor at choosing appropriate investments. They are at the mercy of financial companies that charge relatively high fees and have incentive to steer people into bad choices, he said. "I think the results are in."

Roberts also pointed out that when the Liberal party under leader Michael Ignatieff proposed a similar voluntary CPP option, the Conservatives were opposed and argued the plan was unmanageable and would be costly. "They're on record as having trashed this idea when it was a Liberal idea."

Other observers have criticized the Conservative government's proposal.

Writing in the Globe and Mail, Simon Fraser University economist Rhys Kesselman said that allowing voluntary CPP contributions would give people access to the expert management of the CPP Investment Board, which over the past 10 years has averaged an enviable 6.2 per cent return after inflation.

The proposal would not, however, address the low savings rate. "The policy problem is that too many middle-earning Canadians are not saving enough to maintain their living standards in retirement: RRSPs, TFSAs and home equity. Adding yet another would not overcome this problem," he wrote.

The benefits of voluntary options are not guaranteed and they depend on an individuals saving discipline and the performance of financial markets, Kesselman wrote. The CPP, in contrast, is universal and provides people with a predictable income that can be adjusted with inflation.

Expanding the CPP makes much more sense than offering another voluntary savings vehicle, said Peter Chapman, the executive director of the Shareholder Association for Research and Education. "When you step back and look at it from a systemic point of view, it's obviously the thing to do."

The federal government's policy of pushing people into individual rather than collective solutions ensures many people end up saving for retirement in highly inefficient ways, he said. The policy benefits the financial companies that sell those products, but not average people, he said.

"The current level of the CPP was set years ago arbitrarily," Chapman said. "It wasn't some kind of scientific law. It was just a saw-off."

Proposing voluntary contributions to the CPP distracts from what needs to be done, he said. "The [government has] put out an option that's of minor significance in attempts to solve a real problem," he said. "It's a diversion from the debate that really needs to happen."

Chapman credited the trade union movement with leading the battle to expand the CPP. "They deserve enormous credit for the work they've done to keep it in the public eye."

The best thing about the Conservatives' announcement is it puts pension reform firmly on the public agenda ahead of next October's vote, said the CLC's Roberts.

The NDP has long supported the proposal to double the CPP, and Liberal leader Justin Trudeau is on record saying his party now believes a mandatory approach is better than a voluntary one.

"There's no way this isn't going to be an election discussion issue," Roberts said.