The departure of one of the most high-profile ministers of the governing Conservatives is a sure sign members are concerned about this October's election, according to a professor at the University of Toronto's political science department. 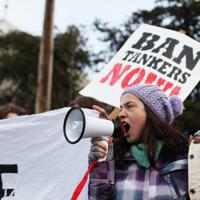 Peter MacKay, who represents the riding of Central Nova, announced his retirement from MP duties on Friday afternoon. He has served as a Member of Parliament since 1997.

MacKay has been the minister of National Defence and Foreign Affairs, and is Canada's current minister of Justice and Attorney General.

He is the second MP of high stature to resign from the Harper government this year, after former Foreign Affairs minister John Baird handed over his keys to Parliament in the first week of February.

MacKay is resigning to spend more time with his family, but will stay on until the election writ drops. "I love what I do, and I love the opportunities it afforded me to help others, but simply put, I love my family more," he reportedly said at a news conference in Stellarton, N.S. today.

Nelson Wiseman, professor of Canadian Studies at the University of Toronto, said that he believes MacKay's departure shows the Conservatives aren't confident about their future after the election.

While it's hard to say what could happen between now and voting day, Wiseman said at this point the chances of a Conservative majority seem "quite slender." As a result, Wiseman suspects that MacKay is "bailing."

The prospect of sitting on the opposition bench doesn't look appetizing to those who have formerly been important members of the government, Wiseman said.

"What can you do?" he said of life on the bench. "You can get up and be self-righteous during Question Period."

It's important for politicians entering the corporate landscape to appear as though they are "going out a winner" from the political scene, Wiseman said, adding that someone who has rubbed shoulders with world leaders is a sought after commodity for the business community.

Prime Minister Stephen Harper attended MacKay's official announcement, apparently cancelling a scheduled visit to CFB Comox on Vancouver Island to attend. At the announcement, MacKay said that he has no specific new job lined up.

About pensions? Not a chance, Wiseman says

New MP pension regulations begin this year, and part of the effect will be that anyone who retires before the next election is eligible for their pension at age 55 rather than 65 under the new format.

Some have suggested that's why Baird and MacKay decided to retire, but Wiseman rejects the idea.

"Anybody who raises that tells you how out of touch they are," Wiseman said, pointing out the wealth that many MPs possess. "What, you think they aren't going to have enough for dinner? Are they going to be unemployed?"

Wiseman said that he doesn't think that MacKay's departure will affect Conservative chances in Nova Scotia, because the party is already polling poorly in the region.

MacKay's career was not without controversy. He ruffled feathers weeks ago by referring to Alberta as "Albertastan" after the NDP took power in the province.

MacKay also found himself in hot water last June for suggesting that the lack of female judges in federally appointed courts is because they don't apply, reasoning they would rather be at home with their children.