Government rules that dictate the type of websites that civil servants can view for work have become so strict that many employees in Ottawa use personal electronics -- such as smart phones and tablets -- to access information needed to do their jobs, say public sector unions. 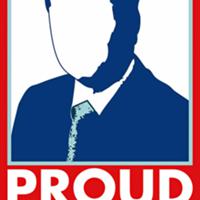 In some cases, they say employees must make special requests to the government department they work at to get websites unblocked in order to view the material they require.

The government has argued that it blocks certain sites to protect its system from viruses and to prevent workers from viewing illicit material.

But unions say that the degree to which the government blocks websites goes beyond those with illicit material. The government department that manages what sites can be viewed has refused to reveal what sites or how many sites it has blocked.

Revelations about the extent of the censorship came to light Monday when a news service, Blacklock's Reporter, reported that Shared Services Canada, a government department that oversees information and IT, prevented civil servants from viewing its news site.

Blacklock's Reporter is a journalist-owned subscription news service focusing on policy and laws. Civil servants were unable to read the site for 19 days in August and September.

Its managing editor said blocking the site to civil servants was overkill.

"We do stories about fertilizer regulations. We cover tax court," managing editor Tom Korski said. "How anyone could possibly conceive of this coverage as so subversive a government employee can't see it at work is ridiculous -- but that's what they did."

Ted Francis, a spokesperson for Shared Services Canada, said in an email the site was blocked because of a security threat to government computers, but Korski said viruses have never been a problem.

Blacklock's discovered its site was blocked after civil servants with subscriptions complained. They filed an access to information request to find out why.

The request came back heavily censored, but Blacklock's did determine the site was unblocked the day they filed their information request.

Korski said the government is misusing the shared services system, which he said was initially meant to streamline government information.

"They took that model and instead come out with this crazy Orwellian scheme where they will block news sites in a functioning G-8 democracy for federal employees," Korski said. "It's crazy. You have to call that crazy."

The story is no surprise to unions representing civil servants. They said control over what type of information government workers are permitted to view has become so tight that many departments only allow access to government websites or those that are preauthorized.

"Directives in many departments allow employees to request certain sites to be unblocked if they are deemed necessary for their work," said a representative for the Canadian Association of Professional Employees, who asked not to be named.

"We don't know how often those requests are being accepted or denied."

The union said many workers now use their personal cell phones or tablets for work because they can't get full access to the internet.

The representative said he doesn't know if the restrictions are impeding employees' work.

The Professional Institute of the Public Service of Canada, which represents government scientists, said its members have also encountered blocked websites. A communications person for the union was unable to provide more details by deadline.

Shared Services Canada would not grant an interview to The Tyee but said in the email that Blacklock's was blocked because a potential threat to government infrastructure was detected and rectified.

The government department would not answer questions about what websites it has blocked or how many. It did not give a reason or acknowledge the questions posed. Instead, it provided a link to the access to information act.

The association's president, Hugo Rodrigues, said the organization considers access to media an important part of freedom of expression and questioned how government employees who need to monitor media for work can do their jobs if they can't access it.

"That the department would restrict the access those employees have seems a bit heavy-handed," Rodrigues said.

Like Korski, Rodrigues said he doesn't believe the government's excuse that the site was restricted over concerns about viruses but said he couldn't speculate on why it, or other sites, may have been blocked.