For many, New Year's resolutions might involve hitting the gym, volunteering, or spending more time with family. For recently retired Conservative Senator Hugh Segal, one goal he's tried for 45 years to attain is a guaranteed annual income for lower-income Canadians. 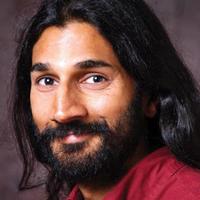 What About Just Guaranteeing Everyone a Basic Income?

This New Year is no different.

The idea, as investigated in a 2012 Tyee series on anti-poverty reforms, is to provide an automatic top-up to people's income if they fall below a particular basic-needs threshold. Advocates say it would replace and improve on the current provincial welfare approach -- which often claws back payments if recipients find even part-time employment.

Segal said he believes that a guaranteed income is the most effective way to alleviate poverty. He talked about the issue in a phone interview from Toronto, saying he wants to bring the issue to the forefront during the federal election campaign. A federal vote is expected in October.

"[It's] a much more efficient way of dealing with the issues of poverty than what we are now doing," said Segal, who is now Master of Massey College, which is affiliated with the University of Toronto.

Segal isn't alone in his interest in debating the merits of a guaranteed income.

In a report released today, the Vancouver- based Fraser Institute weighed in on the issue. The document is less optimistic than Segal about the effectiveness of a guaranteed income.

The report, called "The Practical Challenges of Creating a Guaranteed Annual Income in Canada," concluded that the barriers to launching an automatic salary top-up for low-income Canadians are "likely insurmountable."

The paper argued that implementing the reform - - which would affect one-quarter of total government spending -- could become "an administrative disaster," opening the door to "special interest groups" demanding a top-up to the top-up and cancelling the program's cost savings.

Charles Lammam, the think tank's associate director of tax and fiscal policy said "there is some appeal" to the idea of a guaranteed annual income. However, the reality is that because of federal-provincial divisions and today's "wide-ranging" social assistance programs, it's simply not a realistic option.

"Think about what it would require," Lammam said in a phone interview. "Governments giving up their authority over some areas of income support, collapsing whole programs or integrating into them a single program.

"Governments in Canada, federal and provincial, can't even agree on some of the smaller basic issues."

The idea to introduce a guaranteed annual income recently surfaced in a Huffington Post story looking back on the ground-breaking "Mincome" experiment in 1970s Manitoba.

According to the Fraser Institute, the total price tag of the country's current income supports reached $185 billion as of 2013. That's around one-tenth of our entire gross domestic product. The stakes on reform are, therefore, massive.

Despite the institute's negative assessment of a guaranteed annual income, Segal said he's glad the group reported on the subject.

"I'm delighted the Fraser Institute have decided to enter the fray," Segal said. "They deserve immense credit for devoting the time, the effort and the serious consideration to the proposition.

"As someone who is very much in favour of a guaranteed annual income approach to dealing with the poverty question, I really am profoundly grateful for the work they've done. The fact that they'd deal with this in a straight-forward way and offer their opinions and their analysis is very constructive."

Segal doesn't agree with all the think tank's conclusions. But he doesn't dismiss their findings either, particularly its assessment of how complicated the requisite federal and provincial reforms would need to be to replace our current welfare system.

But the former chief of staff for ex-prime minister Brian Mulroney does take exception to Lammam's argument that the approach would create a barrier to people looking for employment -- a frequent critique of today's existing programs.

The new report states that "eliminating work and other requirements may lead to administrative savings but also increase the risk of long-term dependency among able-bodied Canadians... There is a risk that the program blunts the incentive for people to be income mobile by effectively paying people who can work, not to work."

"The system I would recommend," he argues, "would be one that actually provided a floor beneath which people could not fall, but would have incentives for them to continue working and to earn more.

"The level of payment for the sort of thing that I'm recommending wouldn't be sufficient to keep people comfortable. It would be sufficient to meet their basic needs, but most folks want to do better than that. There'd be no disincentives in our system to them doing that."

With a federal election on the horizon sometime this year, Segal hopes another campaign cycle doesn't pass without poverty on the agenda.

"We're beginning to see that there is some traction for this issue and for this debate," he added. "... I'm not for jumping off a cliff, throwing away all the old programs so as to start something new that is untested or untried. Some pilot projects would be a very, very good way to proceed."