When Dr. David Jacobs comes to North America from Europe, he hears the same myths repeated over and over about Germany's state-led shift to a zero-carbon society. Replacing oil, coal, gas and nuclear with wind and solar will tank the economy; clean energy is a luxury only citizens of wealthy European countries can afford; and embracing it hasn't even reduced carbon emissions. "There are lots of very basic misconceptions," he said during a recent interview at Vancouver's Georgia Hotel.

Jacobs, who heads a consulting firm called International Energy Transition and teaches energy policy at the Free University of Berlin, was brought into town by Clean Energy Canada for the Generate 2014 conference. He'd spent the morning before our chat correcting misconceptions about Germany's Energiewende (or energy transition) for a private audience of local policymakers and academics. The best myth-busting tools at his disposal are hard economic facts. These days, Jacobs has a lot of them to share.

Clean energy now supplies nearly one-third of Germany's electricity. The industry has created 370,000 jobs. Environmental sectors contribute over eight per cent of the country's GDP. And carbon emissions are down 23 per cent from 1990 levels. If the world's fourth largest economy can achieve such results, then Jacobs thinks developed countries like Canada can certainly learn a thing or two.

"You have policy front-runners and policy laggards. Germany was always considering itself as a policy front-runner, starting to promote renewable energy sources in the mid 1980s.... When you look at energy from a very neutral perspective, it is rather clear that the age of fossil fuels is a limited age compared to human history. It will end up being 300 to 400 years and afterwards we go back to renewables, because it is economically more sensible and we will run out of fossil fuels.

"If you have this mindset it makes sense to invest in renewables at an early stage, because everyone else will follow you at some point. If you make this a national business opportunity, then more and more people start to get interested in this story, which is what happened... eventually it just became common sense."

"You have to understand that there is very strong social support for the energy transition in Germany. This is based in a long tradition of the antinuclear movement in the 1960s and '70s. Then this evolved into a pro-renewable energy movement, which was actually the foundation of the German green party in the late 1980s.

"This very strong social foundation got bigger and bigger, year after year.... Now 92 per cent of Germans say we need more renewables and 82 per cent support the energy transition, so without this very strong base it wouldn't have been possible."

3) Shifting to renewables makes the economy stronger, not weaker

"Germany now has 1.3 million jobs in green industries, and in renewable energy it's directly and indirectly 370,000 jobs. What is probably even more important is the annual turnover of the renewable energy industry, which is more than 20 billion euros [C$36 billion] per year, because we also export a lot of our manufactured goods and services to other countries. More than eight per cent of [Germany's] GDP comes from all the environmentally related sectors. That's very important for policymakers."

"People can lose their focus when they look at the cost of electricity. They look at prices instead, so they say one kilowatt hour costs 30 [euro] cents in Germany but only 10 [euro] cents in the U.S.... But instead of looking at prices, you actually have to look at cost. And in Germany, yearly electricity consumption of an average household is 3,500 kW-h, whereas in the U.S. you normally have 11-12,000 kW-h, so household bills are actually slightly higher in the U.S. and Canada than in Germany. 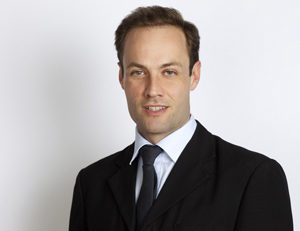 "In North America, you are used to very low energy prices, which incentivize a certain behaviour, so you buy a second TV, a second fridge for having cold drinks.... All of this is not happening in the average German household, where people are much more conscious of their electricity consumption behaviour."

5) Getting to a zero-carbon society is difficult, but ultimately doable

"Germany's carbon emissions have been dropping quite considerably. We've been able to reduce carbon dioxide emissions by more than 23 per cent compared to 1990 levels, so that's already quite something. The target is 40 per cent by 2020. If we continue down the road we're headed, we probably won't reach the 40 per cent but get closer to 35 per cent, which is still reasonable.

"The problem is we saw a slight increase of coal-fired generation in the last two years, due to a complex policy making process for modifying the European carbon emissions trading mechanism, where the prices are very low at the moment. This led to an increase of coal in the power mix. Germany is now considering additional national policy measures.

"The long-term target for 2050 is an 80 to 95 per cent reduction of CO2 emissions. That would translate into a full decarbonization of the electricity system. In the electricity sector, renewables now provide 28 per cent, so it's still a long way to go.... But there's not going to be room for coal-fired power in the future."