A new University of Waterloo report warns that natural gas seeping from 500,000 wellbores represent "a threat to environment and public safety" due to groundwater contamination, greenhouse gas emissions and explosion risks wherever methane collects in unvented buildings and spaces. 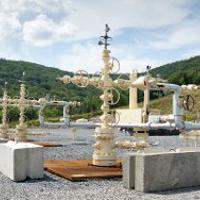 It also calls for dramatic reforms in monitoring and regulation including greater engineering oversight of the cementing of wellbores and "doing it right in the first place."

The scale of the problem? Ten per cent of all active and suspended gas wells in British Columbia now leak methane.

In addition, some hydraulically fractured shale gas wells in that province have become super methane emitters that spew as much as 2,000 kilograms of methane a year.

That amount of methane would make an audible hiss at the wellbore or form a big bubble in a swamp, says report lead author Maurice Dusseault, one of nation's top petroleum engineers.

An average wellbore may leak about 100 kilograms of methane a year, or the same as cow, but little data has been collected or accurately verified.

In Saskatchewan, about 20 per cent of all energy wells leak. In Alberta, regulators report chronic seepage from 27,000 wells.

Twenty years ago, the heavy oil fields of Lloydminster reported a leakage rate as high as 46 per cent. A 2010 industry study noted that the failure rate for steam injection wells for bitumen production approached 30 per cent.

Methane leakage from wellbores, pipelines, pumps and urban gas distribution systems have become a hot button issue because they can undermine or reverse the greenhouse gas advantage that natural gas has over coal or oil.

A natural gas field that seeps three to four per cent of its product can be a more aggressive forcer of climate destabilization than coal and therefore dirtier, say a growing number of scientists.

That's because methane is a much more powerful greenhouse gas than carbon dioxide over a 20-year time frame.

Due to its potent climate effect, methane leakage from thousands of wellbores will ultimately become "a federal issue," warns Dusseault, who recently made presentations to the Alberta Energy Regulator on the scale of the problem.

"The Americans are going to get us moving on this issue," adds Dusseault, citing U.S. President Barack Obama's recent decision to reduce climate change emissions from power plants by 30 per cent.

Ignoring the problem or shooting the messenger will just erode the industry's social license to operate, warns Dusseault. "I think the industry has to be more pro-active and should get in front of this issue."

The problem has existed for decades, but industry and regulators have largely ignored the liability until climate science changed its profile along with an unconventional drilling boom that added tens of thousands of wells to the North American landscape.

Fourteen years ago, when Dusseault first wrote about the subject in a scientific paper titled "Why Oilwells Leak," he got no mail. "But now the public awareness has exploded."

Together with engineer Richard E. Jackson, a co-writer of the recent report, Dusseault has been making non-stop presentations.

Each and every wellbore that punctures the earth potentially becomes a man-made superhighway for methane and other gases such as radon that would normally take millions of years to migrate to the surface.

If not cemented and sealed properly, stray gas will travel from deep or intermediate zones and migrate along the casing to the atmosphere, surface waters or into aquifers.

The shattering or hydraulic fracturing of rock formations, which often result in fractures jumping out of targeted oil and gas zones, can also provide additional pathways for methane seepage.

Across North America, leaking methane from wellbores has killed vegetation, contaminated groundwater and infiltrated buildings resulting in dangerous and fatal explosions in both urban and rural environments.

The fact that gas may not be bubbling or hissing around a wellbore doesn't mean the wellbore is not leaking, say scientists.

Methane can wander kilometres away from the source (due to natural or manmade fractures in the earth) and later dissolve into aquifers that provide drinking water. The methane can then exit rural kitchen taps in a milky, flammable and bubbling brew. Or it can collect in basements or water pump houses and explode.

In order to reduce methane leakage from wellbores and the hazards it poses to groundwater, atmosphere and rural households, the recently released University of Waterloo report described in the accompanying story calls upon regulators to plug some very big holes, including:

Best practices for cementing and sealing wellbores are not being followed or appropriately monitored by qualified engineers.

Quality control for cement formulations is "often less than perfect."

There is no direct supervision of cementing operations by engineers.

Slow development of leaks is not well recognized or acknowledged by cementing companies and oil companies.

Fixing leaky wells has been a case of "persistent under-reporting of negative results."

The scale of existing groundwater contamination caused by leaky wellbores is unknown, unmonitored and unstudied.

There has been no serious discussion about what is an acceptable rate of gas leakage from both active and abandoned wellbores.

Documented cases of groundwater contamination have occurred from wellbores in fractured coal seams of New Mexico and heavy oil fields of Lloydminster. But toxicologists have hardly studied the issue.

"We can expect that natural gas contamination of freshwater aquifers will result in the oxidized methane being replaced by H2S and the net effect of the oxidation-reduction reactions will be a groundwater elevated in terms of Total Dissolved Solids, thus causing a pronounced deterioration in the quality of the groundwater," explains the report.

Many families in the well-fracked oil and gas fields of central Alberta have found high levels of methane and H2S in their groundwater. But regulators routinely dismiss these cases.

John Cherry, a recognized University of Waterloo groundwater expert, says no oil and gas jurisdiction in North America has set up a proper groundwater-monitoring program to study the scale of the hazard.

Alberta, for example, has failed to collect baseline data on the state of its groundwater resources prior to and after intense oil and gas activity for decades despite repeated warnings by scientists to do so.   In recent years the increasing use of hydraulic fracturing has had the effect of drawing a red circle around the hidden liability of wellbore leakage.

Fracking has not only added more wellbores (and methane pathways) to the landscape in the rush to develop difficult hydrocarbons trapped in shale rock and coal but added more pressure and stress to wellbores causing more leaks.

The Waterloo report, quietly released last month, notes that the fluid injection of steam, water, sand or chemicals to force out more hydrocarbons "elevates the mechanical and thermal loading on wellbores, and significantly increases the probability of leakage problem development during the operational lifetime of the wellbore, before final abandonment."

One Alberta study by Stefan Bachu and Theresa Watson found that more than 60 per cent of all deviated or horizontal wells in one test area leaked.

No one collecting key data

So many leaks have been found in wellbores in the Montney and Horn River basin play in northeastern B.C., says the Waterloo report, that "more stringent standards" may have to be applied.

Fracking more shale formations could make the problem worse. Industry will have to puncture northeastern United States with another 500,000 wellbores in order to drain the Marcellus formation. To fill proposed LNG plants BC would have to plant and frack another 50,000 wellbores over a landscape the size of Ireland by 2035. The Montney shale gas formation in B.C. is so thick that each well pad might eventually accommodate an underground forest of 50 wellbores.

To date, industry and regulators have done a poor job quantifying the scale and significance of methane leaks from wellbores, says Dusseault.

"The severity of the problem is not known because neither industry or oil and gas regulators are collecting the data," says the widely published engineer who advises both industry and government on topics as varied as hydraulic fracturing and cap rock integrity.

"We don't even know the total number of wells that are actually leaking. The numbers are not being collected and estimates range from a few percent to as high as 15 per cent."

The situation is even more complicated. About 151,000 abandoned wellbores in Alberta, 35 per cent of the well population, aren't being monitored for seepage: "there is no monitoring regulation in Canada that requires operators to test wellbores for leakage following final abandonment," says the report.

Yet, as Dusseault notes in a separate paper, "abandoned or active wells" that intersect wells being hydraulically fracked "constitute the seepage pathway of greatest risk for hydraulic fracking fluids" to penetrate shallow aquifers.

Nor does government know what volume of methane is exactly leaking from wellbores or how it contributes to the overall burden of methane seepage from the natural gas industry.

"We don't know what percentage is going into the atmosphere or into the ground," says Dusseault. "There is no incentive to collect the numbers because industry views it as a bad news problem."

Fixing leaking wellbores can be a financial nightmare for the industry. Plugging a faulty wellbore can cost $150,000, but in some problematic fields remediation costs can go as high as $600,000. One remote well in northern British Columbia cost $8 million to fix. And there is no guarantee of success.

The problem has become so extreme that report calls for better regulations, more accountable engineering and a national roadmap to "improve long-term wellbore integrity." (See sidebar.)

Oil and gas wells leak for a variety of reasons, but it's mostly a tale of about corrupted cement.

Over time, a cement seal in a wellbore can shrink, crack, degrade or be dissolved by acids. In addition steel casing often corrode as they age. Additives added to the cement by drillers can weaken the seal. Plugs used to cap abandoned wells typically experience significant degradation. In some cases local geological conditions such as shallow gravel beds or swelling clays also make cement seals difficult.

Oil prices dramatically impact the quality of cement seals on wellbores, too. During periods of high oil prices companies try to drill as many wells as fast they can with the result that "wellbore construction practices were negatively impacted."