Angel Gates has been trying to exit prostitution ever since she was "turned out" at the age of 11 in Vancouver's Downtown Eastside. Money issues, addictions and lack of support services have held her back from escaping.

She's not alone. The harsh realities of what women like Gates go through have caused national aboriginal women's groups to take a stance against calls to legalize prostitution, saying what's needed instead is a commitment to creating alternatives for women facing brutal pressures to become, and remain, sex workers.

Gates says she was "tied up, blindfolded and gagged," on her first day at the Balmoral Hotel on East Hastings.

She does not blame her mother, a former prostitute herself, for forcing her to turn her first trick to pay for her own addictions.

"She did the best she could with the tools she was given. I know that. I miss her a lot," Gates says. Despite (or perhaps in spite of) all the traumas Gates has been through, including losing custody of her children and having to kill a john in self-defence, she walks around with eyes on the back of her head. She's the type who can hear two conversations at once and does not take well to pity. (Gates shares more of her views and story in the video at the top of this article.)

Her mother's picture now hangs in her aunt Bernie Williams' community space, The Sacred Circle, as part of a collection of missing and murdered aboriginal women in the Downtown Eastside.

'It breaks my heart'

Gates and Williams hail from the Haida nation of northern B.C. Williams has been begging Gates to stop ever since she found out she was prostituting. "I understand why, you know, why you've ended up down here. It breaks my heart every time I see you," Williams says to Angel.

"I just look at these pictures and I hope to God I never have to carry you."

Williams has been advocating for an end to prostitution for three decades now -- her fire has never been quelled since her two sisters and mother are among the missing and murdered First Nations women in the Downtown Eastside.

That burning yearning for justice kindled a strength in her to walk hundreds of miles with other aboriginal women to bring attention to the missing and murdered women. They trekked along the so-called "Highway of Tears" in 2009, from Kamloops to Winnipeg in 2010, and from Vancouver to Parliament Hill in 2011. Williams co-founded the Walk4Justice marches with Gladys Radek, a Gitxsan/Wet'suwet'en woman.

Williams believes social forces such as poverty, residential schools and the lingering effects of colonization have funneled aboriginal women into prostitution. "These are women who have been so well entrenched in violence that they think this is all they are worth," she says. "They didn't end up down here just because they wanted to get away (from home), no."

A separate study on trafficked and prostituted aboriginal youth in the Downtown Eastside connected Canada's historic residential schools to prostitution. "The impact of the residential schools is illustrated by harmful behaviours adopted by many of the survivors like alcoholism, compulsive gambling, substance abuse, and high incidences of sexual problems including sexual abuse and incest. These intergenerational effects of trauma leech outward from the victims to touch all the people surrounding them, like parents, spouses, children and friends," the report states.

Robyn Bourgeois, a PhD candidate at the University of Toronto whose forthcoming dissertation is titled Pathways of Resistance: The Politics of Addressing Violence Against Aboriginal Women and Girls in Canada, 1980-2010, agrees with this systemic analysis of prostitution. In her research, she found that the prostitution of aboriginal women was used as a means to prevent mixed marriages with western men, to enforce residential schools, to facilitate the widespread removal of children from aboriginal families into the child welfare system -- the so-called "sixties scoop."

Bourgeois, who is Lubicon Cree, is also a former prostitute, trafficked by one of those "boyfriend" types of pimps. Although she only prostituted for a few years, the experience scarred her for life.

In an interview with The Tyee, she recalled the first day she was forced to prostitute in Vancouver. Her pimp took her to a hotel, where they "were daydreaming about how beautiful it was." He then invited her to a nice stroll in the park, by the dock. There, he forced her head underwater.

"I was freaked out of my mind and scared to death and I knew what was going on. But you take these drugs and you take a drink and you can forget that. You do what you have to do," she laments.

Bourgeois was 18 at the time. Ten years later, she is releasing her PhD dissertation on violence against aboriginal women and girls in Canada. She knows her privileges and "pledged every ounce of it to ending this violence," she says in a blog interview.

Like Williams, Bourgeois also sees family as the only way out of prostitution right now. "It was family who had resources who were able to help me," Bourgeois says. "Either you have somebody in your family who really loves and cares about you, or you go out in a pine box and that's it," Williams echoes.

The personal has become political for First Nations women such as Gates, Williams and Bourgeois. They strongly oppose the current cases launched in Ontario and B.C. to legalize brothels, pimping, street transactions of prostitution and to make sex work a constitutional right. These cases are better known as the Bedford case and the Sex Workers United Against Violence v. Canada case.

Gates does not agree with the legalization of the whole sex industry, but also thinks that prostitutes should not be criminalized. "Men go to john school and women go to jail. I think they should fix it so the women are safer. Legalizing only puts little kids out on the street and makes it okay. We don't come into prostitution by accident. We're made this way. It's some form of pain that you put there in the first place, usually sex crimes when you're little. I don't think it's okay," she says.

Gates, who still lives in the Downtown Eastside, says that Canada should create more harm-reduction services such as those implemented in the neighbourhood. She says that as an "active prostitute," she does not see the eradication of prostitution as realistic.

Bourgeois, Williams and advocates of the Aboriginal Women's Action Network (AWAN) do. They prefer the "Nordic model" over legalization -- where prostitutes are decriminalized and pimps and johns are criminalized. The model, implemented in Sweden, Iceland and Norway, is a three-prong approach to slowly ending the demand to prostitution.

"This model includes law reform that criminalizes the male demand for paid sex and decriminalizes prostituted women, offers comprehensive social programs to all women and girls, and educates the public about prostitution as a form of male violence against women and girls. We, Indigenous women, believe this model encourages true social change that works in our interest," AWAN states in a 2011 Women's Worlds Conference declaration.

'Not asking the hard questions'

Samantha Grey, a member of AWAN, vehemently disagrees with the way the Bedford case would potentially change prostitution laws in Canada. "The women who are doing the Bedford case do not represent the majority of women in prostitution, they represent that very small minority of women who claim that that is their choice. And the sad part is that they're always the ones more vocal because they have the freedom." 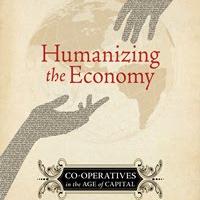 Empowered in Calcutta: Story of a Sex Workers' Co-op

Another national aboriginal women's group, the Native Women's Association of Canada, intervened in the Bedford case and agree with the Nordic model. Their position is based on the 582 cases they documented of missing and murdered aboriginal women throughout Canada as of 2010.

Grey says that there also needs to be more exiting services for women to leave the prostitution. "We don't want safer, we want safe. We don't want a band-aid solution, Grey says.