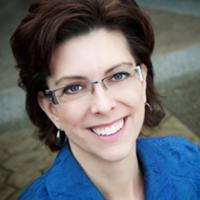 Alberta's Leap Ahead in Disability Payments Overstated: BC Ministry

When she needed it, Bergman was surprised to discover the monthly rate in B.C. for people with disabilities is just $906, she said. She kept thinking there would be other sources of money available. "It just didn't seem right," she said in a phone interview. "I thought there was more, but there wasn't."

That leaves her with not enough. "I can't make ends meet," she said. "Nobody could live on that."

The rate needs to come up by at least $700 a month, she said. "I would bring it right up if I could, at least to the poverty line," she said, adding that advocacy groups tend to ask for relatively small increases. "I'm not going to fight this for something underneath the poverty line."

Bergman said she'd worked and paid taxes since she was 16 years old, more than three decades ago. A couple years ago she got tendinitis, a painful inflammation in her arms, that made it impossible to continue driving a truck.

Since then she received medical benefits, then federal government employment insurance, then nothing. She spent the money she'd saved in a registered retirement savings plan, she said. She owns a condo in East Vancouver, but selling it would increase her expenses as she'd need to find rent each month, she said.

She took part in a job training program and ended up with a certificate in marketing and communications from BCIT, but has so far not found work in the area. "It's not like I've been sitting around sucking my thumb. I've been trying to do things."

At her doctor's suggestion, she applied for disability benefits through the provincial social development ministry, a program run alongside the welfare system for people who are out of work, and began receiving benefits in Feb. 2012.

During the summer Bergman wrote a three-page brief on her situation and what people with disabilities face.

"The stress of not having enough money is building up inside me," she wrote. "I wake up now with migraines everyday. My depression is now deeper than before and my anxiety attacks come more often.

"My sleep patterns are all over the place, I hardly sleep or I sleep too long," she said. "My eating patterns are now weirder than before. I sit in front of the toilet and wait till I get sick because of my nerves.

"My stomach goes into grips of pain where it tightens up so much, I feel like I cannot breathe. I am biting my finger nails till most of them bled."

On the phone Bergman said she's getting stomach aches, back aches and nausea, and it's making a challenging situation worse. "My whole body is falling apart. The stress is killing me."

The briefing tells her own story, but also includes information from Statistics Canada, news articles and advocacy groups. She cites the Human Rights Act and everyone's right to life, liberty and security.

Bergman circulated her document to media throughout the province and said she intends to keep sending it around once a week until reporters take notice.

Asked if others had responded to her, she said, "So far no, you're the only person. You're the only one so far who's sent anything back to me."

And yet she remains optimistic that people will listen, and that when they do they'll see the injustice of the situation. "Somebody has to change it, and it might as well be me," she said.

Moira Stilwell, who Premier Christy Clark appointed as social development minister on Sept. 5, said she could understand why Bergman is finding living on disability benefits difficult.

"I'm not surprised a person who had a steady job and steady paycheque is going to face a change in lifestyle when they become disabled," she said. "I think being unemployed after you've been self-sufficient is very stressful."

Disability assistance rates in B.C. have been stagnant since 2001, with the exception of a one-time $120-per-month increase in 2007.

In June the province made "modest" changes that starting Oct. 1 will allow people with disabilities to earn more money by working, raising the earnings exemption from $500 a month to $800, and to calculate the total amount over a year to allow for income fluctuations.

The government did not at that time raise the rates, however, and Stilwell said the tight provincial budget and deteriorating fiscal situation restricts what can be done. "An increase in rate is not likely in the short term," she said. 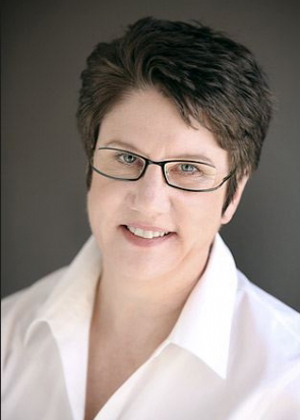 The system has to balance between helping people who are vulnerable and what is affordable for the B.C. public, she said. "It's not perfect and I'm not going to make it out to be," she said, but added that overall the system is good and provides the fourth highest level of support in the country. "I certainly think people in B.C. want all individuals to live with dignity and be as independent as possible."

The policy changes that are coming into place in October will be helpful, and there are already subsidies available for things like housing, childcare and bus passes, as well as employment programs, she said. "Across the board we take seriously our responsibility to provide support to vulnerable people and their families."

Carole James, the NDP's social development critic, said the government has treated people with disabilities appallingly, but she was not ready to commit to a rate increase, should her party form the government after the May 2013 election.

"I don't think there's anybody who would look at income assistance rates and say it makes it a good living for anybody," said James, pointing out that NDP leader Adrian Dix has said fighting inequity is a priority. "No commitments, but we need to be sure we review it."

It would be irresponsible to start committing to any spending, at least until the next budget is released in February, she said. Last week's first quarterly report shows why, she said. "You can't take their numbers right now in any way, shape or form."

The report showed a $1.4-billion hole in the three-year fiscal plan, the result of a drop in natural gas prices.

James said it's also important for the government to maintain funding for things like nutritional supplements and health supports. She also expressed scepticism about increasing earnings exemptions, saying that while they help some people, "It can look like you're providing huge support when in fact most people can't utilize it."

Or as Bergman put it, "Not everybody could work part time. It's a dumb program. What are they talking about? We can't work, hence we're on it."

In July, the Disability Without Poverty Network, a coalition of five advocacy groups, released "Overdue," a position paper calling for increased rates.

"There is a significant gap between the income needed to cover the cost of basic essentials and the assistance available under B.C.'s PWD benefit," it said. "Without action that gap will continue to grow. Our proposal to increase the PWD benefit would play a significant role in helping close the gap and improving the quality of life for people with disabilities in B.C."

The groups in the network are the BC Coalition of People with Disabilities, the BC Association for Community Living, the Canadian Mental Health Association's B.C. division, the Social Planning and Research Council of BC and the Community Legal Assistance Society.

They proposed raising the rate of disability assistance to $1,200 a month, indexing it to inflation so it keeps pace with increases to the cost of living, and introducing a shelter assistance program to help people with disabilities pay their rents.

Stilwell, by the way, when asked about indexing the rates said, "We're always re-examining our policies and putting them up against the resources," but concluded, "I don't think at the moment that indexing is affordable."

The Disability Without Poverty Network polled British Columbians, the report said, and found 88 per cent said $906 a month would not be enough for people to live on. "In addition, 90 per cent of those surveyed indicated that they would support an increase in the assistance provided to people with disabilities," it said.

Bringing it up by the $700 a month that Bergman advocates would add about $700 million a year to the ministry's costs. The provincial government's total revenues are over $42 billion a year, or about 60 times the amount Bergman is talking about.

"What needs to change is people's attitudes," said Bergman. "I want people to understand we are people, we still have problems like everyone else. The government should give us dignity and respect."

Bergman said she has had to rely on the food bank to eat and that she knows many people with disabilities who are either broke or who have had to choose to live with their parents. For adults, it's a life with little dignity, she said.

"I want all B.C. to know this is what we get and we can't live this way," she said. "Maybe with the public's help something could be done."