On a July morning in 2010 in rural Michigan, a 30-inch pipeline owned by Calgary-based Enbridge Energy Partners burst and disgorged an estimated 843,000 gallons of thick crude into a tributary of the Kalamazoo River. This was no ordinary crude -- it was the first ever major spill into water of diluted bitumen from the Alberta oil sands. 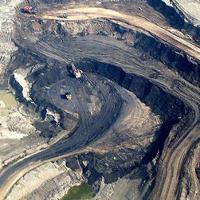 Too Much Energy Used to Mine, Move Bitumen Says BC Firm

The cleanup challenges and health impacts around Kalamazoo were unlike anything the U.S. Environmental Protection Agency had ever dealt with, and raise serious questions about the preparedness in British Columbia to respond to such a disaster on the B.C. coast -- or the Vancouver harbour.

Each year, increasing numbers of tankers filled with diluted bitumen leave Vancouver loaded from the existing Kinder Morgan pipeline from northern Alberta to a terminus in Burnaby.

Tankers exiting Vancouver harbor must transit through the shallow Second Narrows channel during "high slack water" -- a short tidal window of about 20 minutes that provides loaded tankers with less than two metres of under-keel clearance.

Citizens concerned about these shipments have been assured that extensive preparations have been made to respond to an accident, and that an array of skimmers and floating oil booms are on-hand to contain any spilled oil. But what if the "oil" in these tankers doesn't float?

Unlike conventional crude, diluted bitumen or "dilbit" is a mixture of unrefined tar that is often heavier than water and "diluent." This is usually a cocktail of volatile solvents like naphtha or natural gas condensate that allows the thick bitumen to be pumped through the pipeline.

The local residents and EPA responders near Kalamazoo quickly learned that bitumen and diluent do not stay together once released into the environment.

Volatile portions of the diluent containing toxic fumes of benzene and toluene began off-gassing in the area, impacting the health of almost 60 per cent of the local population with symptoms such as nausea, dizziness, headaches, coughing and fatigue. Clean-up crews were issued respirators to protect them from toxic fumes.

Local residents interviewed by the Tyee reported that even weeks after the Kalamazoo spill, they could still smell the fumes up to 50 kilometres away. The local health department went to door-to-door in the days after the spill to assess acute symptoms. They also instituted a voluntary evacuation within about one mile of the river to limit people's exposure to benzene fumes -- a known carcinogen.

Residents near the Kalamazoo River talk about how the spill affected them. Source: National Resource Defense Council.

As the lighter chemicals evaporated into the surrounding area, the bitumen portion began to sink to the bottom and become mixed with river sediments. Conventional clean-up equipment such as skimmers and oil booms proved useless in recovering the large amounts of submerged oil that now covers an area of river bottom estimated to be approximately 200 acres.

"This was the first time the EPA or anyone has done a submerged cleanup of this magnitude," Ralph Dollhopf, the EPA Incident Commander for the Kalamazoo spill told the local media.

In the absence of any previous experience in dealing with spilled Alberta bitumen, the EPA had to "write the book" on figuring out how to recover large amounts of oil that doesn't float.

Twenty months after the spill these expensive recovery efforts continue, and 30 miles of the Kalamazoo River impacted by the spill remain closed to swimming, boating, fishing or even wading for the foreseeable future. A recent video details the aftermath of the spill on local residents.

Enbridge now estimates that clean up costs of the bitumen spill will cost more than $720 million. The company exceeded their insured clean-up coverage of $600 million last fall and the clean up is far from over. Compared to other spills of heavy oil, this Kalamazoo bitumen spill has been colossally expensive. A study of historic oil spills in the U.S. reported the average clean-up cost for heavy crude of $18.95 per litre. The Kalamazoo spill has so far cost over 10 times that much and counting.

Additional questions have been raised about the volume of oil discharged by the broken Enbridge pipeline. To date, the EPA reports recovering 1,146,803 gallons of oil -- 35 per cent more than the volume Enbridge reported was spilled. The EPA declined to comment on this discrepancy or on the proportion of the spill that sank, citing disclosure concerns around an ongoing investigation. The EPA also declined to estimate the proportion of oil that has so far been recovered.

If a bitumen spill happens here

All of this raises troubling questions about the risks associated with a potential tanker spill near the Lower Mainland. Unlike rural Michigan, large numbers of people live or work close to Burrard Inlet or shorelines that might be impacted by a bitumen accident.

In the days following the Kalamazoo spill, authorities advised local residents within approximately one mile of the river to remain indoors or leave the area to limit their exposure to toxic fumes. Obviously that would not be practical in the Lower Mainland, home to more than two million people.

Any plume of volatile distillate would also likely be carried by prevailing winds up the confined airshed of the Fraser Valley. A recent spill of crude oil at a Kinder Morgan storage tank near Abbotsford demonstrated the impact that toxic fumes can have on local residents in the area.

As the lighter portions of the spill begin to evaporate, the progressively heavier bitumen would likely begin to sink -- rendering useless the conventional clean-up equipment designed to recover floating oil. Carried within the water column, accumulating on the ocean bottom or becoming entrained in marine sediments -- a spill of Alberta bitumen might prove impossible to contain.

Contacted in 2011 by The Tyee, Dr. Carl E. Brown, research manager of Emergencies, Science and Technology Division at Environment Canada confirmed that "a concern with bitumen fuels is their density is quite high and chances are if those materials were spilled into the marine environment, those products might sink."

A recent review of existing technologies to respond to a bitumen spill stated:

"If the spilled oil eventually assumes neutral buoyancy and becomes suspended between the water surface and the bottom, then it is unlikely that any response technologies can be successfully applied to significantly control the spill."

A potential accident involving diluted bitumen in Vancouver harbour is obviously not the only concern regarding tanker transits through B.C. waters. Last November, the Island Trust expressed concerns to Transport Canada about preparedness for bitumen spills associated with tankers that routinely pass through the Gulf Islands. As of yet, there has been no reply.

Whether they realize it or not, British Columbians may soon see more and larger tankers carrying bitumen travelling through B.C. waters. Kinder Morgan will announce this month whether they will proceed with a $3.8-billion plan to double existing pipeline capacity from Alberta to Burnaby. Port MetroVancouver supports expanding capacity to allow larger SuexMax tankers, with 1,000,000 barrel capacity, into Burrard Inlet.

There is also the proposed Northern Gateway pipeline to Kitimat, which if approved would result in large numbers of tankers carrying both diluted bitumen and volatile distillate on the north coast.

What does that mean for public safety and the environment? Competent individuals and sophisticated equipment are on standby to respond to a conventional oil spill. Yet these preparations may prove to be a Maginot Line of defence should "unconventional crude" ever be spilled off the B.C. coast.