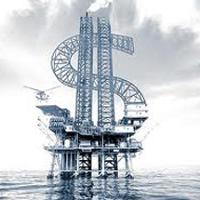 The Prince George-based C.J. Peter Associates Engineering came to this conclusion after performing an EROI analysis on the $5.5-billion project.

That acronym stands for Energy Return On Investment, a little-known but potentially revolutionary concept with direct implications for Alberta's oil sands.

It refers to the amount of energy that must be expended in order to produce more energy. (Think, for instance, of all the heavy machinery, pipelines and refineries needed to produce gasoline.)

What C.J. Peter Associates found when it analyzed each stage of Northern Gateway's global supply chain, is that getting oil sands bitumen from Alberta to China requires so much energy it might not be worth the effort.

"When animals expend more energy foraging than they obtain from plant food sources, they die," the firm's Norman Jacob said at public hearings on the project in Prince George last month. He added: "Societies that ignore EROI necessarily fail."

Energy in, energy out

To understand the firm's analysis, you must first know that Enbridge's proposal is about much more than a steel pipeline across northern B.C.

Northern Gateway is actually a new global supply chain for heavy Alberta oil that begins somewhere in Australia or the Middle East.

Each of these regions produce large quantities of a natural gas liquid known as condensate, one vital to Alberta's oil sands industry.

If Northern Gateway is approved, tankers loaded with condensate would cross the Pacific Ocean to the small B.C. coastal community of Kitimat.

Here the condensate would be sent east through a 1,172 km pipeline stretched across creeks, rivers and mountain ranges to Bruderheim, Alberta.

It would then be mixed with the thick, viscous bitumen extracted by deep steam injections or surface mining projects near Fort McMurray.

Doing so would allow the diluted bitumen to flow west through a separate pipeline all the way back to Kitimat.

That product would then be loaded onto tankers and shipped to refineries on the far side of the Pacific, facilities built to remove the condensate, and then turn raw Alberta bitumen into gasoline, diesel and jet fuel for fast-expanding Asian markets.

During the heyday of Texas oil development in the 1930s, energy companies could reasonably expect to produce 100 barrels of oil for each barrel's worth of energy they invested. By the 1970s, the EROI for oil had shrunk more than a third.

And now, four decades later, expend one barrel's worth of energy to power Enbridge's Northern Gateway supply chain and how much could you expect to get back? A paltry 2.41 barrels, according to C.J. Peter Associates.

"It begs the question of why are we doing this?" the firm's Jacob told The Tyee in an interview. "Because as EROI gets lower, a greater percentage of the overall economy is subsidizing the production of oil."

Transporting bitumen and condensate by tanker and pipeline is actually a relatively energy efficient process, the firm concluded, when compared to the massive amounts of energy needed to process and refine oil sands bitumen.

But the entire global supply chain created by Northern Gateway would enable large expansions of Alberta's oil sands industry, deepening our dependence on some of the planet's least sustainable energy, it argues.

"From the perspective of the energy systems of the earth, [the project] sounds absurd," Charles Hall, a prominent energy analyst and ecologist at the State University of New York, said when contacted by The Tyee.

Hall is one of the originators and leading proponents of the EROI theory, seeing it as an important tool for probing and quantifying a society's sustainability.

He argued in a 2010 academic paper that EROI analyses "should always be done and done comprehensively for any major political or financial decision about energy." While he also said that EROI is not the only criteria that should be used, it is a very important component of any good analysis.

What his research has shown is that the effort modern society puts into producing a unit of energy has grown steadily over the past few generations.

We may reach a point within several decades, Hall argues, where "oil and eventually gas will cease to be a significant net source of energy."*

The implications for our fossil-fuel dependant society could be massive, say Hall and other EROI theorists.

Projects such as Northern Gateway, argue C.J. Peter Associates, with its relatively small energy returns, get us closer to that day.

"The tar sands should be left in ground until we can find a more elegant and energy efficient way of dealing with them," the firm's Chris Peter told The Tyee, adding, "if that ever occurs."