[Editor's note: This is the fifth article in a Tyee series about past crimes and unexpected consequences. Find an introduction to the series here.]

"I've had six friends shot and a cousin killed a few years ago. The first time I saw a friend die was when I was 13," Jonathon Wong said. "It's not a game." 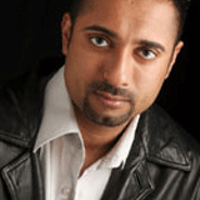 BC's Drug Gangs: 'These Are Humans. They're Kids'

The 20-year-old former drug dealer stood at the front of the darkened auditorium and described his experience growing up with gangs to a silent crowd of 400 Grade 9 and 10 students.

Images of dead bodies, mug shots and gang insignias flashed across a screen elevated high above the darkened stage at Gladstone Secondary School.

Wong told the Gladstone students stories of selling drugs and riding with gangsters. He's been giving the same presentation to Vancouver-area school kids since 2007.

"It's important they know the facts," said Wong, who began peddling marijuana and cocaine at age 11. "That $500 you make in five minutes isn't worth your life, or your family burying you weeks later."

His presentation, "Truth About Gangs," reveals the hard lessons of a childhood spent intimately involved in Vancouver's gang scene -- and honours the loss of a close cousin that eventually helped him find his way out.

"I got involved in the shooting and stabbings," said Wong. "I owned my own 9-mm when I was 11 years old."

Wong lived in foster care from the age of seven until he was 13. Older kids he met introduced him to the world of drugs and violence.

He speaks calmly and slowly when talking about his past life. His quiet voice remains steady with a thoughtful firmness.

With his thick torso and wide shoulders -- born of a passion for rugby -- Wong could have looked the part of a gangster had he chosen to.

As a preteen, Wong lacked the maturity to be trusted as a full-fledged gang member. But his young age also meant he avoided both arrest and criminal charges. Under the Criminal Code of Canada, children younger than 12 years old cannot be charged with a crime.

"No one is going to say 'an eight-year-old stabbed me' when they're supposed to be a tough guy," Wong said.

Wong said he sold drugs -- marijuana, mostly, but sometimes cocaine and ecstasy -- from the age of 11 until he was 13. He spent his days smoking dope in one spot and selling it in another.

Selling drugs brought in more money than he could spend.

Then came the night that changed everything.

On the night of March 8, 2008, Wong's cousin, Kyle Richard Wong, didn't make it through his own front door.

Kyle, 20, was shot in a targeted gang hit as he stepped out of his car in front of his Southeast Vancouver condo complex.

Witnesses reported hearing as many as nine shots, according to published reports. Police later recovered an AK-47 assault rifle nearby.

The young man bled out onto the driveway pavement.

Though the violence wasn't new -- before his cousin's murder, six of Wong's friends were shot and killed for owing money or selling in someone else's area -- it was enough to jolt him into getting out for good.

He knew that he could be next, murdered in a gang dispute over drugs or money. He knew he had to step away. And he had to cut ties with everyone in his life.

"Jon is a typical example of what will happen, but he's also an example of how to get out," said Detective Constable Elvis Bellia.

Wong eventually changed his phone number, moved to a new part of town and severed ties with his old friends.

"There is no grey area. There is only black and white," said Wong. "You are either involved or you are not."

Kyle's murder -- the 16th killing in the Metro Vancouver area linked to organized crime within a 10-month period between 2007 and 2008 -- reflects the violent realities of the city's gang presence.

And it's not just limited to Vancouver. According to a 2007 report by the National Crime Prevention Centre, 102 youth gangs and 1,027 gang members operate in B.C.

Countrywide, the total number of youth gangs in 2002 was 434, with roughly 7,000 members, according to a Public Safety Canada estimate. And gang-related homicides in the province skyrocketed to 35 in 2009 from just five in 1999, according to Statistics Canada.

Integrated units of Vancouver Police Department (VPD) and RCMP officers work together to combat gang activities such as the manufacturing and sale of drugs, weapon offences, abductions and financial crimes, including money laundering and counterfeiting.

But even with all the money and manpower thrown at the problem, police still rely on the help of young men who lived the life and escaped to share their tales.

A change of heart

Detective Constable Bellia met Wong three years ago at Killarney Secondary School, where The Bill Good Show was recording a program on youth and gang violence.

Wong's frequent and heartfelt participation during the question-and-answer portion made him stand out to Bellia and the other VPD officers that day.

"You could tell he knew what he was talking about," Bellia said. "He seemed like a good guy who got involved but had a change of heart."

Bellia and his colleagues asked Wong to share his story with a class at an elementary school three weeks later. He did, and his presentation has grown in popularity since.

Through similar workshops, presentations and documentary screenings, the squad tries to steer youth away from gangs and drugs.

Police acknowledge that Wong tells a story they simply cannot.

"When people hear it from him, it makes a huge difference," Bellia said. "You can't just show the negative stuff, you have to show the positive. You need a positive story."

As the clock neared 7 p.m., a dozen boys and girls between six and 12 years old scrambled around the games room at the Fraserview Boys and Girls Club. They jostled for toys and board games as parents idled their cars outside in the frigid December night.

Wong stood at the centre of it all, ushering the kids towards the door and then collecting stray toys, game parts and table tennis paddles off the floor.

Wong has been involved in the Fraserview club for the past 14 years. He attended it as a troubled child, later volunteered there and now works as a program supervisor three days a week.

Now, he has a hands-on opportunity to steer youth away from the decisions he once made.

"When I was younger, it was more like I was looking up to people, and now I'm kind of being looked up to. It's a full cycle," he said. The Boys and Girls Club, he said, "gave me a safe, stable area to enjoy being a kid for once."