[Editor's note: This is the third article in a Tyee series about past crimes and unexpected consequences in Vancouver. Find an introduction to the series here].

Shelby Tracy Tom's dead body was found wrapped in a mattress cover and stuffed into a shopping cart behind a dingy motel in North Vancouver in May 2003. 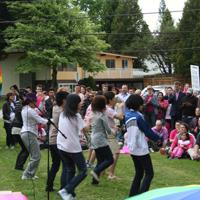 They met on the night of May 27, in the North Vancouver Travelodge. Patel paid Tom $400 and started having sex with her, according to an agreed statement of facts entered into court records.

Patel allegedly panicked after he noticed Tom's sex-change scars. He choked her to death.

It is the most recently reported murder of a transgender person in Vancouver.

Friends described Tom as generous with her money and kind with children. They said she graduated with a history degree from Simon Fraser University the same year she died, and wanted to become a social worker to help transgender people.

While her life ended prematurely, her tragic, widely unreported death could provide evidence for current debates over laws, language and the need to make transgender and transsexual rights explicit.

"This case is about a reaction to a sex trade worker's sexual identity," Crown prosecutor Craig Dykes told Dohm, in making the hate crime application. "It was a prejudiced or bias-based response."

However, Dohm disagreed that the crime was motivated by hate, and ruled that it was committed as a result of panic from being provoked.

"The accused acted on an impulse and became obviously angry to the point where he could not bring it under control and struck out at Miss Tom," Dohm said in his court ruling.

Jamie Lee Hamilton, an advocate for transgender sex workers and a friend of Tom's, said she was angry that Patel got away with what she considers a "gay panic" defence.

Defendants use the panic defence to reduce their sentences in assault and murder cases, claiming they "panicked" after discovering the victim's gender identity or sexual orientation.

New Zealand's parliament outlawed the panic defence in November 2009. Similarly, the State of California passed a bill in September 2006 to limit jurors and judges from considering the defence.

However, the defence remains legally valid in Canada, albeit with a low success rate.

"These types of crimes are not going unnoticed," Hamilton said. "The perpetrators need to be charged with hate crime."

That's why advocates of transgender rights are trying to amend Canada's Human Rights Act and the Criminal Code to protect the rights of transgender and transsexual people.

There are two bills in Parliament, Bill C-276 and Bill C-279, that would ensure crimes committed against people because they are transgender or transsexual are treated as hate crimes. The first was introduced by Liberal Party MP Hedy Fry and the latter by NDP MP Randall Garrison.

The bills also prohibit discrimination on the basis of 'gender identity' or 'gender expression' anywhere.

Both bills are re-introductions of another, Bill C-389, that had passed a parliamentary vote on Feb. 9, 2011. But that earlier bill failed to make it through Senate before Parliament dissolved for the May 2 election.

The result of Tom's trial might have been different if these amendments passed before her death.

"Minorities, especially those who haven't been clarified or who aren't recognized in Canadian law, often hesitate to report incidents when they are victims of hate crimes," said former MP Bill Siksay, who tabled the Bill C-389 in 2009.

Police reported no hate crimes in 2007 that were targeted based on sex or gender. They reported six both in 2008 and 2009, according to a 2011 report published by Statistics Canada.

"Police look at an incident and ask if it targets somebody for certain characteristics," said Warren Silver, analyst at the Canadian Centre for Justice Statistics. "So hate crimes against transsexuals and transvestites would fall under gender and not sexual orientation."

However, Siksay said that there isn't consistency in reporting these incidents among police organizations.

"I think there is an issue in Canada around the collection of hate crime statistics," he said. If the laws were amended, it would be "an opportunity to press for a change in how we gather statistical information about those kinds of crimes."

NDP MP Randall Garrison, who along with Hedy Fry had re-introduced the private member's bill, said he's optimistic the bill could make it through Parliament again.

"The challenge is to get it through the House of Commons with a Conservative majority," Garrison said. "I think it's possible." The bill passed the House last time around in a 143 to 135 vote. Of those who voted in favour, six were Conservative MPs.

"Based on the fact that some Conservatives did vote in favour of it last time, I think we can find the support," Garrison said. "And I'll certainly work as hard as I can to make sure of it."

As the bill heads towards its first vote, opponents will likely rejoin the debate and voice their concerns over its legitimacy.

"The terms 'gender identity' and 'gender expression' in the bill are unclear and we're not in favour of bills being passed that are open-ended in this sense," said Diane Watts, researcher with REAL Women, a national organization with over 55,000 members across Canada.

"We are obligated, as a country, to build public policy that is clear and concise so that the court of law can interpret it easily," Cooper said. "I don't think that individual feelings per se can be legislated or ought to be legislated."

However, the International Commission of Jurists and international human rights experts did formally defined the terms, outlined in the 2006 Yogyakarta Principles.

Gender identity is the gender a person feels or experiences regardless of their biological sex, and gender expression is how people portray themselves through the way they dress, talk and act, according to the principles.

They are explicitly different from sexual orientation, which only refers to what sex someone is attracted to. For example, someone could be both transgender and gay.

"These are well-defined terms used in both medicine and psychology, and in legal circles," Siksay said. "They are terms that have been used for many years in Canadian law. There's no human rights commission that doesn't understand what they mean."

Some members of the Conservative Party question whether the bill is needed.

"Transsexuals are already protected against discrimination based on sex under the Canada Human Rights Act, a federal law," said MP Daniel Petit.

But Siksay said these protections are not explicit.

"Folks have won human rights cases using sex and disability," Siksay said. "But for human rights law to be effective, people have to see themselves in it."

The transgender community is able to file cases for discrimination based on disability, but it's not necessarily a category it's comfortable with. For transgender people to feel protected, they need to see gender identity and expression in Canadian laws.

Protection under grounds of disability is only possible if the person was diagnosed with gender dysphoria, a psychiatric disorder. But that doesn't sit well with the transgender community, said Shannon Blatt, a labour lawyer who is a transgender woman.

"The hope is that, like homosexuality, gender identity would not be pathologized and viewed as a psychiatric disorder anymore," Blatt said.

She believes these protections specific for transgender people would have helped Shelby Tom's case.

"It should have been a hate crime," Blatt said. "I think there's a way of striking a balance in a better way than simply rejecting the hate crime application.

"And to the best of my knowledge, we've never yet successfully achieved a hate crime designation for any transphobic type of murder in Canada."

Tami Starlight supports a bill for transgender rights, but believes much more needs to be done for those rights in B.C.

"We may have legislation, but it doesn't change the way people think and do, right?" Starlight said. "That's probably one of the last things to happen, which is that society slowly changes their outlook."

She braved the winter storm, soaked and covered in snow, to put up posters around the city for the annual Vancouver Transgender Day of Remembrance, which she started organizing in 2002.

It's been a tough, long journey for the former drug-addicted man, who a decade ago slept on the streets of Vancouver.

"I can walk on broken glass right now," Starlight said. "Because I understand why I'm doing what I'm doing and that if this can save somebody's life, then it's a piece of cake."

Her activism resulted from her own struggles with identifying as a woman, despite having a male body, she said.

"I was in denial about who I really was," Starlight said. "And after being clean for a year and a half, it became real and apparent to me that I had these issues, and I had to deal with them."

Starlight realized she had to come out as a woman and make the transition. But her family did not support her decision and chose to estrange her. So, she sought support from the transgender community.

Eventually, she learned about the Transgender Day of Remembrance, which happens annually on Nov. 20 in some U.S. cities.

The event started in 1999 as a candlelight vigil in San Francisco to commemorate Rita Hester, a transgender woman murdered in 1998. Now it happens annually to memorialize all transgender people murdered each year.

There were 197 reported murders of transgender people around the world in 2010, according to the Transgender Murder Monitoring Project in Europe. There have been 13 such killings in Canada since 1982, three of which occurred in B.C., according to Gender Education & Advocacy, a U.S.-based non-profit organization.

The remembrance day is now observed in 17 cities across Canada and in 19 different countries, including the chapter Starlight started in Vancouver.

At least 150 people gathered outside Carnegie Community Centre last year. Some carried signs that read "Stop Transgender Violence," and "I Am Proud 2 B Transgender," and others held candles as they marched down Hastings Street from Main Street to Richards Street.

Brady Ciel Marks and R. Nelson Brown, who took part in the march, both said the day helps unite the transgender community. "It's a show of solidarity, so we're all here just to support each other," Marks said.

But more than that, the march is a step forward in eliminating discrimination.

"Events like this lets the world know that there's a community and that the community is really at risk," said Jenn de Roo, another participant at the march.

The march ended at the SFU Harbour Centre, where the participants flooded into an auditorium. Those who couldn't find seats crowded into the aisles, huddled at the back and some even resorted to sitting outside the entrance.

Participants took turns reading out the stories of 32 transgender people murdered around the world last year, and then had a moment of silence.

[Click for more Rights and Justice reporting on The Tyee.]