The BC Liberal government is delaying a report that would lead to the replacement of their hand-picked chief electoral officer, the NDP's house leader said May 18. 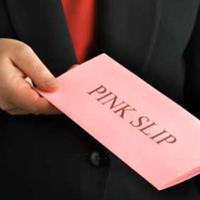 It's been three months since a bipartisan committee to pick a new chief electoral officer met, but their report is yet to reach the legislature.

"That strikes me as undue delay," said the NDP's John Horgan.

When the former CEO Harry Neufeld's term ended in June 2010, the Liberals appointed legislative clerk Craig James on an interim basis without consulting the NDP. The CEO is an independent officer of the legislature, normally appointed with the unanimous approval of the house.

"We now have a chief electoral officer who has been in place without the unanimous consent of the legislature," said Horgan. "We've had a byelection, we've had the return of an initiative petition, we've had a referendum initiated and we may well have a general election called, and we don't have a chief electoral officer in place that has unanimous consent of the legislature. That strikes me as a problem."

James has generated some controversy in the position. He delayed forwarding the anti-HST petition to the committee that was to consider it. He fired deputy chief electoral officer Linda Johnson. And he initially rejected an application to recall Oak Bay-Gordon Head MLA Ida Chong, a BC Liberal, on grounds the proponents viewed as a technicality.

MLA Bruce Ralston, the NDP member for Surrey-Whalley, sat on the committee to find a new CEO. The committee's terms of reference said it was to report to the legislative assembly as soon as possible, once it had adjourned. Its report was to go forward to the house "upon resumption of the sittings of the house."

But the committee, which began its work a year ago, last met on Feb. 9, 2011, more than three months ago, Ralston said while raising a point of order in the legislature on May 18 regarding the matter.

"Contrary to the clear motion of this assembly, that gives it its power, the committee has not in fact reported to this house," he said, noting that the legislature was in session between Feb. 14 and 17, as well as since April 28.

"The report is in process and will be tabled in the legislature," said John van Dongen, the Liberal MLA for Abbotsford South who chaired the committee. "It's a legitimate thing for him to raise and it will be dealt with by the Speaker, I imagine."

Committee confidentiality prevents him from giving a full explanation, he said. "There are aspects of what I have to table in the legislature that are still being worked out with the government and the candidate," he said.

They include details such as the starting time for the person who gets the position, he said. "I'm dealing with the house leader and the house leader has assured me that everything that needs to be tabled is in process," he said.

Cabinet's been too busy: Coleman

The government's house leader, Rich Coleman, said the report will be tabled during this session, which is scheduled to end June 2. "It's not in my hands," he said. "The commencement date can be established by cabinet. It's in our hopper. My intention is to have it done this session."

The delay can be attributed to agendas, time and the change in leadership, he said. "Cabinet has been pretty chock-a-block, so it's just getting stuff there."

Ralston's point of order puts the matter over Speaker Bill Barisoff's office, Coleman said. "That point of order may have changed the whole dynamic, according to what I was just told," he said. "If we don't deal with it this session, we'd have to reconstitute the committee and start all over again."

The Speaker is asking whether the report can come forward at all, since it didn't come at the earliest opportunity, which could be interpreted as February, said Coleman. Still, he expressed confidence that the matter would be settled before June 2. "I think we can fix this," he said.

Asked about Horgan's observation the delay keeps the Liberals' hand-picked officer in the job a little longer, Coleman said, "The other guy's time was up and we had to have somebody there. We appointed a respected clerk of the house to do the job, and I think he's done a pretty good job up to now."

James has not applied for the permanent job, said Coleman.

Ralston said he was unsure why the committee is yet to make its report to the legislature. "All I can say is I've done my part," he said. Asked if someone else had failed to do theirs, he said he agreed with that assessment.