Toxic chemicals are like a loaded gun we are waving around in the environment. Carcinogens and reproductive toxins are being shot off from smoke stacks and spray bottles in what we blithely believe are safe amounts, but are actually shown to have lasting and potentially deadly affects for ourselves and future generations. Does this mean that without transparent consumer labeling, you have to avoid every product not made of glass or wood, because it might contain unknown toxins? 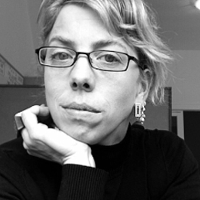 'Toxics: Your Right to Know'

Not as an employee.

Under the Workplace Hazardous Materials Information System (WHMIS), which became federal legislation in 1988, all Canadian workers have the inalienable right to know what is in their workplace environment, and the right to participate in choosing healthier substitutions or eliminating the substance altogether.

In B.C. these laws go a step further, and include the right to refuse working near a known toxin. According to the labour laws, it is actually the employer's responsibility to disclose potential threats to workers by ensuring the availability of Material Safety Data Sheets (MSDS). Most people in the trade unions, or on industrial sites, know to use their MSDS's when coming in contact with obvious chemicals.

The strength of these rights lies in their global agenda. They extend to every aspect of the workplace environment, from the air quality in the building, to the hand sanitizer in the washroom, to the kinds of fire retardants used on computers or office furniture. In short, your employer is responsible for "labeling" products you use or are exposed to by providing thorough MSDSÕs for every aspect of your work environment.

Common cleaning products, rug deodorizers, and floor waxes are all suspect and need to be examined for toxic ingredients. Air fresheners are some of the worst culprits. According to Mae Burrows, executive director of Toxic Free Canada, many air fresheners contain chemicals that can combine with high levels of ozone to make formaldehyde, a known carcinogen. Some contain a nerve-deadening solution to inhibit a person's ability to detect scent. This could inhibit your ability to tell if the cream is still fresh, or to smell the first signs of a carcinogenic mould in the air vents.

Is your glass cleaner is quietly killing you?

The World Health Organization (WHO) has lists of known and potential toxins on the site of its International Agency for Research on Cancer (IARC); other good sources are the U.S National Toxicology Program and California's Office of Environmental Health Hazard Assessment.

It can be time consuming but relatively easy to check ingredients from the MSDS against these lists, as long as English is your first language. Dr. David McLean, head of cancer prevention for the BC Cancer Agency, points out that new immigrants who are working in cleaning or industrial jobs often need the support of co-workers or management to understand both their rights, and how to read the MSDSs associated with their work.

McLean says he completely supports the push for transparent labeling, but warns against being overzealous.

"Anything, including water, can be toxic if you have too much of it," says Dr. McLean from his office in Vancouver. "Wood dust is listed as a carcinogen on the [IARC] site. Do you really believe you are going to be harmed by a trace chemical on the inside of a water bottle?"

Dr. Warren Bell, the past founding president of the Canadian Association of Physicians for the Environment, believes this is "old school" thinking that keeps manufacturers pumping toxins into the environment. Scoffing at minute levels of toxins, and using the old adage of "the dose being the poison" doesn't take into account how little we know about the immediate and long-term effects of these chemicals, says Bell.

"First, most industrial chemicals -- drugs, pesticides, cleaning agents, food additives, rocket and other fuels and fuel additives, lubricants, etcetera -- are new molecules. They have never been seen or experienced before," Dr. Bell told The Tyee from his office in Salmon Arm.

"They are that way because that's almost the only way industry can patent them, and hence have monopoly pricing powers...but that's another story. The bottom line is: no one really knows what most industrial chemicals do, because they're new and because they've never been studied over the long term."

A flood of biased evidence

The larger issue, says Bell, is that consumers are inundated with biased evidence; manufacturer-funded studies that imply a product is not harmful.

"The drug industry, and many other corporate-dominated sectors, especially those that are science-based, knows that doctors, like society at large, are impressed by grand studies: 5000-subject, multi-centre trials, typically testing a new product's effects against a placebo, not against usual treatment, because their products often offer only a marginal advantage over doing nothing, and no advantage over previously established interventions. Moreover, the sector is very wealthy, they can afford to conduct lots of trials, filling up pages and pages of medical journals with verbiage."

Since the advent of evidence-based medicine in the early 1970s, Bell contends that government and public opinion has been swayed more by the literal weight of evidence, than by the quality.

Pesticides, a group that describes fungicides, herbicides and insecticides, have been around in their chemical forms only since the 1930s, with a real rise in popularity after the Second World War. One of the best examples is 2,4-D, a popular herbicide.

According to a 2000 government report from the Standing Committee on Environment and Sustainable Development on Pesticides, over 34 million kilograms of pesticides get sprayed each year across Canada, with products containing 2,4-D accounting for one-quarter of that amount. According to Bell, industry-led studies flooded the intellectual market claiming that 2,4-D was safe.

"A casual observer," says Bell, "seeing the mass of evidence saying 2,4-D is safe, is bamboozled by the sheer volume of research, and feels compelled to say 2,4-D is, in fact, safe. The studies showing that it isn't safe are fewer, smaller, independently funded, and often not brought forward with the same hoopla as those put out by industry."

Health Canada's Pest Management Regulatory Agency (PMRA) recently responded to some of this research. But Dr. Meg Sears, an adjunct investigator at the Children's Hospital of Eastern Ontario Research Institute in Ottawa, says the PMRA's interpretation of these key studies was "just plain wrong."

A study of farm workers in California showed that people using the herbicide were almost three times as likely to develop a certain type of non-Hodgkin's lymphoma. Rather than stating the statistically significant conclusion of the authors, the PMRA came to the amazing conclusion (unsupported by the paper) that people who use 2,4-D are less likely to get the cancer.

The problem? 2,4-D is contaminated with a particular dioxin that has been declared non-toxic by the regulators.

"Somehow," wrote Dr. Sears in an email to The Tyee, "don't ask me how, they missed the conclusions of the Agency for Toxic Substances and Disease Registry in the US that this dioxin is as potent as the most toxic dioxin, in tests of immune suppression. Given the amounts of 2,4-D that are used in Canada, there are enormous public health implications of this toxin."

No pesticide is safe

Is there a safe level for these poisons? Not according to Dr. Sears: "It is irresponsible for the PMRA to be claiming that any pesticide is safe -- chemicals that are spread in the environment with the express purpose of killing organisms are not meant to be safe."

We now know that many chemical products, once considered safe, are not: PCBs, formaldehyde, benzene, leaded gasoline, cigarettes and second-hand cigarette smoke, the exhaust from two-stroke gas engines, asbestos dust, most synthetic pesticides, and a host of medications.

When we still know so little about the chronic effects of our chemical lifestyle, it seems prudent to replace products that contain known toxins with cost-effective substitutes that are not toxic. As a bonus, products that provide a healthier interior environment often also help to create fewer burdens on the exterior environment. Bruce Lourie, author of Slow Death By Rubber Duck, estimates that 90 per cent of the most extreme toxic chemicals in consumer and industrial products are byproducts of the fossil fuel industry. This means that our chemical addiction is directly linked to global warming, and that curbing that addiction will slow the process by which we are inexorably changing our world.

Using labour laws to fight environmental toxicity can have far-reaching effects, with more immediate impact than waiting for change through lobbying. If employees force manufacturers to make healthier products, we will reduce the toxic legacy we are leaving not only in our offices, but also in our factories, landfills, streams, and children.

"Public-sector jobs like schools, daycares and banks are the best place for this kind of change," says Mae Burrows, who heads the non-profit group Toxic Free Canada. Unions have the infrastructure to deal with sorting through the information and implementing strategies.

"Imagine," muses Burrows, "if every worker in this country exercised their labour rights to remove toxins in their workplace. Well, it could revolutionize our environment."

On Friday, part three: The Tyee looks at recent compelling instances of empowered employees, backed by their unions, who made sweeping changes that enormously improved the quality of their workplace Ð for both other employees and the public.