As was noted by a satirical website Tuesday, Justin Trudeau's promise to appoint a cabinet with 50 per cent women seemed to increase men's concerns about merit in cabinet by 5,000 per cent. 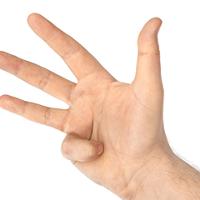 This week, all the big guns of the Canadian media world are firing about how Trudeau's cabinet should be based on merit, not gender.

Walrus editor Jonathan Kay took the spotlight on the merit front during an appearance on CBC Sunday, but he wasn't the only one.

National Post Columnist Andrew Coyne admitted there was "never a time" when cabinet appointments were based solely on merit, but then argued that should stop now anyway. (Sorry ladies, you missed the good old days of the merit-free appointment bonanza).

Another Post columnist, John Ivison told us to expect a cabinet full of "unknowns" due to the policy.

A brief review of the Liberal party's newest MPs reveals a lot of women members with plenty of accomplishments to bring to cabinet positions.

If our national columnists want to argue about the merit of some rookie Parliamentarians, let's review part of the experience pool Liberals are drawing on.

Damoff was a city councillor in Oakville starting in 2010 and has a long history of community volunteering, including helping to organize the city's Terry Fox run.

She also ran her federal campaign while fulfilling her duties as an Oakville councillor, finally bidding adieu last week.

But, according to the Oakville Beaver, despite her new big shot MP status Damoff will still be making time to chair the city's annual Santa Claus Parade.

Considering what year it is, the first thing about Dhillon's resume that sticks out is she is the first Canadian Sikh to practice in Quebec law courts, and the first Sikh to be elected from Quebec.

She represents the riding of Dorval-Lachine-LaSalle.

Breaking barriers is apparently nothing new to Dhillon, but neither is caring about people.

Dhillon spent four years as a caregiver and often provides pro-bono legal advice to those who need the help.

As for her political career, she has been involved with the Liberal party since she was a teenager and even sat for 10 years as vice president of the party's local youth association.

She hasn't gone unnoticed, with many news publications in Canada saying she is a possibility for a cabinet position.

Wilson-Raybould's bio is so stacked, it's one of the few on the Liberal party website that can't be seen without using the scroll function. She is the MP for Vancouver-Granville.

Along with her 15-year career in law, Wilson-Raybould has served in various capacities as a leader in the Aboriginal community.

She is the former Regional Chief of the BC Assembly of First Nations and former adviser to the B.C. Treaty Commission. She has served as a college director in Vancouver. She also offers up a chance for Vancouver's affordability issues to make it to Ottawa, if her party bio is to be believed.

"Affordability is a central concern many of us share in Vancouver-Granville; whether you dream of home ownership or want to keep the kids close, affordability matters to us all," she wrote.

Already rumours have floated that she will be making an appearance in cabinet.

Another on the long list of legal candidates in the Liberal party, Sahota has practiced law for five years. Part of that experience has been in conflict resolution at an international level.

Outside of the courtroom, the Brampton North MP has been involved in the Organization for Women in International Trade, Amnesty International and UNICEF.

In addition to English, Sahota speaks Hindi, Punjabi and Urdu.

Sahota was involved in a real street fight of a race for the riding against Conservative incumbent Parm Gill, who was accused of misrepresenting the truth when he attributed comments made by a former Liberal with the same first name to Sahota.

But during the campaign Sahota wasn't shy about commenting on and appealing for calm when violence erupted in India's Punjab state in mid-October, which was a stressful time for Canada's Sikh community.

If Trudeau was serious about telling off Russian leader Vladimir Putin to his face, he may want to send in Kanata-Carelton MP Karen McCrimmon instead.

A retired lieutenant-colonel in the Canadian military where she spent 31 years, McCrimmon was the first female aviation navigator and the first woman to command an air squadron.

She also served in Afghanistan, the Balkans and the Gulf War, at one time holding a senior position with NATO at its headquarters in Germany.

After leaving the military, she ran her own mediation business and became involved with the Liberal party, running for its leadership in 2013.