It's not every day you see a journalist called a "piece of shit." 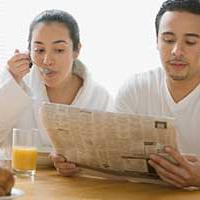 That the three television reporters on the receiving end of a now-infamous outburst were women can be chalked up to coincidence. But was it, really?

"It's not that male reporters are never heckled. But I do think that women are treated differently in these situations," says Canadian Press reporter Jennifer Ditchburn, who tweeted her solidarity after the incident. "You just have to look online in the social media world to see how that transpires."

From the #FHRITP trend, to Megan Batchelor's recent on-air "kiss" there is a special kind of bullying and name-calling reserved for women on TV and online forums. "I want to emphasize that I don't think that's in every case, and I don't think men are immune to it," adds Ditchburn. "But I personally think that somehow it might seem easier to heckle a woman or to try to intimidate a woman than it is a man."

Intimidation hasn't stopped women from reaching high rungs of Canadian political reporting, from Kady O'Malley and Gloria Galloway, to Ditchburn and her Canadian Press colleagues on Parliament Hill. But it reminds me that Ottawa's press gallery is not without gendered expectations or assumptions, especially when it comes to "experts" and "commentators." After all, it's still a place where women are exceptionally outnumbered as both political columnists and pundits.

Susan Delacourt is a celebrated author and commentator, but observes she's one of very few. "There aren't too many Ottawa-based women columnists," she wrote in an email interview. "In fact, I don't think you need more than one hand to count them."

"I remember once when I applied to be a columnist a few years ago, the editor said he was 'surprised' that I'd put my name forward for the job," adds Delacourt, "like it was unusual for a woman working here for 20 years to become a columnist."

Ditchburn also sees an "incongruity" between the number of female journalists and columnists. "Apart from Susan Delacourt and Chantal H&eacutebert, how can this be that there's all these really smart women working in the field, but [we] don't have any of them doing the columns or the analytical pieces?"

It's a question not easily answered, but something Shari Graydon closely considers. As the founder of Informed Opinions, an organization founded explicitly to increase the ratio of female voices in public discourse, she sees the beginnings of a major shift. Yet on the most high profile political panels on CBC and CTV, she says, "male pontificators have significantly outnumbered women for many years."

Graydon says it's time Canada's political panels and opinion pages stepped up their game -- if only to save their own bottom line. In an ever-changing digital media landscape that poses new challenges in attracting and retaining audiences, she calls gender representation a "competitive advantage."

Earning this competitive advantage is not easy, but it certainly doesn't help to blame women for the disparity.

Last year, Margaret Wente urged women to simply get over their "hard-wired" fear of being seen in public without their hair and makeup done. (Direct quote: "Get your stupid hair washed, and just do it.")

In a blog post last year, TVO's Steve Paikin rattled off trivial "excuses" from women over the years for "choosing" not to appear on his panels. Among them were child-rearing responsibilities and, yes, concerns about personal appearance.

The blog caused an uproar for its short-sightedness -- for not acknowledging gendered expectations about domestic work or the double standard women face based on looks and sexuality. (Remember: #FHRITP.)

Wonderfully however, Paikin and his TVO producers rapidly pivoted on their own missteps and hosted a panel exclusively including women who had personally criticized the piece, providing them a platform to deconstruct.

Graydon appeared on the panel, arguing that women make up more than half the population, and it is "insanity" not to be drawing on their insight more often.

"It's either that people lack imagination as to who they should be calling or they're not doing the work," says Ditchburn. "I really don't get it."

Tasha Kheiriddin, a regular political commentator and journalist who started out in the business 17 years ago producing and appearing on CBC's CounterSpin with Avi Lewis, raises an important point: that women should not be panelists based solely on gender.

"In political commentary, you need a clash of views. If your ideal left-wing guest happens to be a man, who's written an article on the topic that week -- or is particularly knowledgeable, or just an all-around good guest -- then you'll in theory be looking for a right-wing female guest if you mandate gender balance.

"But what if your other ideal guest turns out to be a man too? Do you book a woman instead just because she is female? I would say no, because you have a duty to your viewers to give them the best debate possible, to fully understand the issues at stake."

When it comes to women pundits, Ditchburn says cultivation and nurturing goes a long way. "If you genuinely have a commitment to having gender diversity, you have to provide some training and help to people so they feel comfortable going on the air," she says. "I think that's maybe where things are falling apart."

We know that injecting more perspectives into our public discourse --from all genders, ethnicities, sexualities and socio-economic classes -- will lend itself to a richer media landscape. Taking these steps could even begin to alter patterns of on-air abuse.

Imagine a world where women weren't finding themselves sexually assaulted on camera, or told she is a "lying piece of shit" by a man simply for doing her job without retraction.

We have so much to gain by changing this culture.