There will be no paid express lanes on the Information Superhighway, all legal traffic can proceed normally and Internet service providers won't be allowed to slow anyone down. 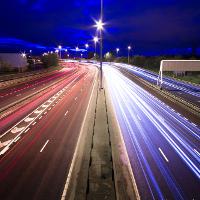 Those are the outcomes of the milestone Federal Communications Commission net neutrality decision that sent ripple effects around the world and were felt by jubilant campaigners in Vancouver.

"We were thrilled -- couldn't have been happier," said OpenMedia.ca's Josh Tabish. "This is an amazing case of the little guy winning. Millions of Internet users, thousands of businesses, dozens of public interest groups up against the second or third most-powerful lobbying group in the world and we won today."

OpenMedia.ca was the most active Canadian voice of the campaign, though the issue was settled in favour of this country's public by the Canadian Radio-television and Telecommunications Commission in 2009. Had the FCC gone in the other direction, Tabish said it would have restricted trade and forced Canadian online companies to negotiate deals with individual Internet service providers.

"I always explain it this way: Canadians may not live in the U.S., but most of their favourite websites do," Tabish said. "American websites and American services we rely on to do business, social networks that keep us connected to our friends and family, all of those things would've been impacted by a loss of net neutrality, which would've had a big impact on folks north of the border."

Tabish called the struggle for net neutrality -- the idea that all online traffic must be equally accessible -- the "longest, biggest and most-sustained campaign of advocacy and activism in the history of the Internet."

But the fight may not be over. Telecoms are expected to appeal the decision and President Barack Obama's term in the White House is over in less than a year. It could take years for an appeal to be heard and Tabish is confident that the FCC's decision is legally airtight.

"Citizens and leaders in this fight, and that includes Internet users everywhere, have shown that they have an amazing ability to band together and fight the deeply entrenched and deeply resourced groups that want to threaten the open Internet," he said. "It's a real case study for any issue, whether that's privacy or free expression online."