In their recently published book Your Right to Know, journalists Jim Bronskill and David McKie have done yeomans' work explaining how Canadians can use freedom of information requests to get government secrets. But, at the federal level, it's work they shouldn't have needed to do -- pointing to another problem with Canada's broken access to information laws. 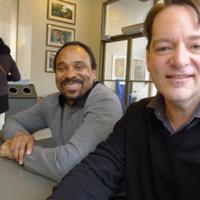 Veteran Muckrakers Write the Book on How to Access Gov't Secrets

Introduced in 1980 by Pierre Trudeau's Liberals, the Access to Information Act gave Canadians a limited right to request government records. The bureaucracy's filing cabinets could now metaphorically be opened by anyone -- unless the records in them included 75 different kinds of information that would still be considered secret.

But, even with those limits, the Trudeau administration seemed to have little interest in telling voters about their newfound rights or how to exercise them.

Just before the act came into force, the Globe and Mail told readers the government would be "placing posters in post offices and public libraries" to advertise the new program. But "it plans nothing else in the way of public information," a deficiency noted by information commissioner Inger Hansen in her first annual report.

At a news conference announcing the fees for access to information requests, then-Liberal cabinet minister Herb Gray seemed unconcerned about that lack of advertising, smiling when he told reporters, "That's why we invited you here."

Nor did the government give the information commissioner the power to aid journalists in the job of educating the public about their information rights, with Hansen writing her office had no mandate or funding to do so.

As a result, Hansen stated "the public appears unaware of the meaning of the act and the role of the information commissioner to mediate complaints and take proceedings to the Federal Court. Indeed, many who have tried to use the act soon gave up because they found procedures too complicated or too slow."

More than 30 years later, Hansen's successors still don't have that mandate, despite repeatedly requesting it. A spokesperson for the Treasury Board Secretariat, which administers the Access to Information Act, didn't provide a direct answer when asked why those requests hadn't been acted on.

Little promotion of your rights

By comparison, our country's privacy commissioner can "foster public understanding" about the collection, use and disclosure of personal information by organizations outside government.

Spending on that mandate totalled more than $3 million in the past fiscal year, with past expenditures resulting in the publication of a graphic novel and cartoons about privacy issues, as well as presentation packages for teachers and a youth video contest.

The Treasury Board Secretariat spokesperson stated in an email that individual departments do have instructions on their websites about how to file an access request, as well as a legal requirement to assist applicants.

But the manual that bureaucrats use to interpret and often restrict Canadians' right to know dwarfs those brief instructions. The secretariat's access advice, for example, weighs in at just 389 words. But 57 of the manual's 133 pages are devoted to what kinds of information must or can be kept secret.

Moreover, the government currently doesn't spend any money advertising Canadians' information rights, instead relying on news releases, speeches and tweets to do that job.

Americans are beating us

As a result, responsibility for popularizing that right continues to be principally shouldered by journalists such as Bronskill and McKie, as well as the handful of non-governmental groups concerned with freedom of information issues.

By comparison, during 2012/13, 222 requests were filed per 100,000 persons in the United States. That means Americans, who have considerably greater access to government records without using freedom of information requests, are using their right to know law 31 per cent more than we are.

And that's probably just the way Canada's paternalistic public officials want it. After all, for them, the fewer Canadians who understand how to file freedom of information requests, the better.

At their best, the responses to those requests tell us what's really happening behind the closed doors and drawn curtains of government. And, at their worst, they remind us just how little the government cares about our right to know -- a secret parties of all stripes have been trying and failing to cover up for years.