Pipelines, fracking, oil spills, coal ports, train derailments that immolate entire neighbourhoods: Big Energy is changing Canada faster than most of us can keep up. Much of the hard work of documenting these changes is done by Calgary-based investigative journalist and regular Tyee contributor Andrew Nikiforuk. The author of five books including The Tar Sands: Dirty Oil and the Future of the Continent and The Energy of Slaves: Oil and the New Servitude, he has spent the past two decades chronicling the oil and gas industry. And just last night he was recognized for his accomplishments as a recipient of the prestigious $20,000 Matt Cohen Writers Trust Award "in celebration of a writing life." 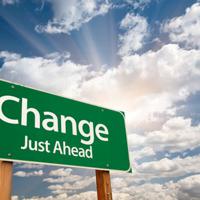 Today, Thursday, Nov. 21 at 4:30 p.m., Nikiforuk will give a free public lecture at UBC's Cecil Green Park House as part of the Utopia/Dystopia: Creating the Worlds We Want lecture series organized by the Creative Writing Program and Green College.

The Tyee recently corresponded with Nikiforuk. Here's what he had to say...

"This fascinating story, which still leaves much unexplained, illustrates the power of Big Oil in Canadian political life. The government of Stephen Harper has only one vision for the country and that's exporting a junk crude called bitumen to emerging economies. The production of offshore crude from Brazil by Petrobras could affect Harper's plans and that's why we are spying on the Brazilians and passing on the information to Big Oil.

"The government already shares weekly security briefings on threats to hydrocarbon infrastructure with oil executives. It has also branded Greenpeace a 'multi-issue security threat.' Canada's Auditor General recently noted the Harper government spent $3 billion on anti-terrorism initiatives, but couldn't explain how the money was actually spent. Accountability is not in fashion in Ottawa these days. I suspect a good whack of the money went into the Communications Security Establishment Canada, an Orwellian organization with a brand new $1-billion building. That's not only obscene, but dangerous. When governments and corporations work together in tandem for their own self-interest, you have fascism, pure and simple."

On the strong arm of the law:

"In Western Canada the RCMP has become an auxiliary arm of the oil and gas industry. Whenever the industry violates someone's property rights, contaminates their water or poisons their livestock, landowners often get angry and outspoken. In one recent case a mother of two, legitimately concerned about the dangerous traffic generated by a fracking operation, made an innocent threat to the regulator and was immediately visited by the cops and hauled into court. Fortunately a clear-eyed judge dismissed the case. It's interesting that you never see the RCMP defending landowners or First Nations when the rights of citizens have been clearly violated by some of the most powerful and wealthy companies in the world.

"The incident in New Brunswick represents a clear abuse of power to defend a U.S. fracking firm trying to take advantage of the province's weak regulatory regime. Much of the fracking business resembles modern day piracy. Proper controls on chemicals and strict guidelines for groundwater monitoring would make this fly-by-night industry uneconomic. The Auditor General has noted that Canada knows next to nothing about its health impacts. Why isn't the RCMP defending the findings of the Auditor General?"

On turning B.C. into Pipelineistan, Part One:

"Pipeline companies love bitumen because you get to build both import lines for the gasoline-like stuff needed to dilute bitumen and export lines for the diluted bitumen. The pipeline frenzy makes no sense, because oil is the most volatile commodity on the planet these days. Carbon pricing, and it is coming, will severely limit demand too. Bitumen is just too dirty a resource and offers such paltry energy returns to ever become a global resource. We need a 30-year plan to wind down this project and end bitumen production, not expand it.

"The Northern Gateway project to move raw bitumen to Kitimat is technically flawed, economically stupid and politically toxic. It's all about greed and nothing about need. Incredibly, it even requires that we import condensate from the Middle East to dilute our own junk crude. Enbridge, a company that makes the Keystone Kops look competent, has made enemies for life along the route due to its arrogance and penchant for lying.

"But that doesn't mean the fight is over. Ottawa has now politicized or petrolized the hearing process, restricted participants in future pipeline hearings and given cabinet the last word. It is desperately trying to repair relations with First Nations because they have the real power. Gateway crosses their lands and imposes risks on their culture and lifeblood, the rich salmon waters of northern British Columbia. As long as First Nations remain opposed and act as Canada's conscience on this matter -- and that they are -- Gateway will never be built."

"Kinder Morgan is bitumen's second front on the coast. The proposal is equally noxious too. When the International Energy Agency and the HSBC Bank and Deutsche Bank all agree that 80 per cent of the world's oil and coal reserves must stay underground to avoid catastrophic climate destabilization, then every citizen from all walks of life, rural or urban, has a moral obligation to say no to these crazy pipeline projects. I just hope that the good people in Vancouver have the courage to serve as Canada's conscience in this important battle.

"The political scientist Daniel Drache recently noted that we are now making the same mistakes with pipelines that we did with rail infrastructure in the 19th century during the wheat boom frenzy. King Wheat led to a lot of unsustainable but lucrative railway building. But what happened after the boom? asks Drache. 'By the turn of the 20th century, the three transcontinental lines were bailed out by the government and merged into two,' Drache said. 'It seems those lessons have been forgotten, as we repeat the same errors in overbuilding an expensive, unsustainable energy export infrastructure.' And I think he's absolutely right. With no clear data and analysis, B.C. is about to make the same mistake with liquified natural gas (LNG)."

On Malaysia's play for BC's LNG:

"The way the media treated the Malaysian announcement made me laugh. Saying you might spend $36 billion on the world's most expensive shale gas is one thing, but actually spending that amount of cash is another thing altogether. When you add up what Australia and the U.S. might pour into the global gas market and a number of other uncertainties such as shale gas depletion rates, you have to treat the Malaysian numbers as fanciful. It simply costs more to extract this difficult resource than what they can currently sell it for.

Former U.S. investment banker Deborah Rogers has done an excellent job documenting the financial disaster shale gas has been for companies as varied as Encana, Apache and Exxon Mobil. The global natural gas market is now so volatile and unpredictable that I doubt much of that money will go anywhere unless B.C. gives the entire farm away. And it just might do that."

On who's getting fracked in B.C.:

"Right now the B.C. government works like a personal agent for the shale gas industry and provides them Soviet-scale services. It gives them free water. It gives them free geoscience. It subsidizes roads. And it has reduced royalties for unconventional gas to almost nothing. To top it off, the Oil and Gas Commission basically works for industry and not the people of B.C. It was even set up by a former lobbyist with the Canadian Association for Petroleum Producers. B.C.'s give-it-away program at the people's expense is a great deal if you are a foreign state-owned company. But if you own the resource and also live on top of it such as First Nations (and the marketplace says this resource should stay in the ground), you have just sold away your soul and your children's birthright."

On Harper's plans for Canada:

"Harper wants to change the country from a small-l liberal democracy where government steers and guides the nation and provides some safety nets to a right-wing petro state where international firms decide the fate of the country and set the entire agenda.

"To date he has centralized power in the PMO's office; debased the role of Parliament; defunded environmental science; trashed most of the country's significant environmental legislation and lied like hell about the Senate scandal. He's attacked environmentalists and First Nations and plans on targeting unions next. He's behaving like a tyrant, and like most tyrants is his own worst enemy. Harper's excesses will ultimately defeat Harper's re-engineering of the country. But he is a fanatic not to be underestimated."

On winners and losers:

"Ottawa makes the most money from bitumen exports. According to the Canadian Energy Research Institute, the feds will rake in 41 per cent of $126 billion in revenues from bitumen extraction by 2020. That's $50 billion. Most responsible resource producers would put that money in a sovereign fund for future generations. But not Canada. That money is now funding Harper's right-wing political revolution. And that won't stop until that money is taken off the table and Canadians have a conversation about their resource wealth and whether it should be used to fund government services.

"Until then, we remain a Third World nation run by greedy white people with a debased democracy where everyone thinks the only job of government is to reduce their taxes by exporting more raw commodities. But if you are not being taxed, you won't be represented. The only people being well represented in Ottawa these days are corporations. We all know the names: Enbridge, TransCanada, Kinder Morgan and Exxon Mobil. None are citizens. They have other masters."