Last week, the Internet Corporation for Assigned Names and Numbers (ICANN), the California-based non-profit corporation charged with the principal responsibility for maintaining the Internet's domain name system, launched its controversial process for creating hundreds of new domain name extensions. While much of the attention has been focused on the implications of adding everything from dot-lawyer to dot-microsoft, the bigger story is the link between new domain extensions and the future of the current Internet governance system. 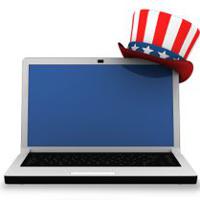 The debate surrounding new top-level domains dates back to the very inception of the Internet's domain name system. In the 1980s, seven generic top-level domains, including dot-com, dot-net, and dot-org, were established. Those domains remain among the most popular on the Internet, with millions of registrations worldwide.

ICANN proceeded to engage in years of policy debate over whether and how to expand the domain name system. The organization has faced persistent criticism about its openness and transparency, yet the six-year process provided ample opportunity for all interested parties to provide their views and to work to develop a policy that addressed as many concerns as possible.

The result may be an imperfect policy, but it is one that broadly reflects the views of the Internet community. Applications for new domain name extensions will remain open until mid-April, with a vetting process that will likely mean that new domain extensions will not begin appearing online until 2013 at the earliest. Many of those will be "closed" domains, devoted to a single company, business sector or profession that will limit public registrations. Others will be open with models premised on adding new security features, memorable names, or different character sets (the extensions are not limited to Latin script).

Within a few years, there should be hundreds of new domain name extensions offering the potential for innovation in a domain name space that has been relatively stagnant over the past two decades.

More important than the success or failure of any particular new domain name extension is the need for ICANN to stand by its policy in the face of considerable lobbying pressure. Over the past few months, groups such as the Association of National Advertisers lobbied the U.S. government to slow the process down by advocating for "pilot projects" rather than implementation of the policy.

While the lobbying clearly had an impact -- the Federal Trade Commission issued a strongly-worded warning letter to ICANN and some members of Congress mused about getting involved -- the U.S. government ultimately stood by the organization, declining to intervene.

On the day of the ICANN launch, Lawrence E. Strickling, the U.S. Assistant Secretary of Commerce for Communications and Information, delivered a speech that offered strong support for the current Internet governance model. Strickling warned that "when parties ask us to overturn the outcomes of these processes, no matter how well-intentioned the request, they are providing 'ammunition' to other countries who would like to see governments take control of the Internet."

There are unquestionably problems with ICANN, but the alternative of a government-run, closed organization is fraught with greater dangers. New domain name extensions may pose some risks, but they pale in comparison to the damage that would be caused by having governments overturn years of global stakeholder consultation and policy development.