Northwest Ocean Acidification: The Other Cost of Carbon Pollution

[Editor's note: The Tyee is pleased to bring you this occasional series of articles, 'Northwest Ocean Acidification: The Other Cost of Carbon Pollution', produced by the Sightline Institute.]

Every day, the oceans do us a huge favor. Across the planet, they absorb nearly one million metric tons of carbon dioxide each hour, removing about a third of the greenhouse gases from the atmosphere that would otherwise speed up global warming. This seems, at first, to be a massively beneficial service. 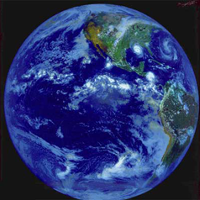 But the oceans haven't been able to soak up the extra carbon pollution without a cost.

The basic chemistry is simple: as oceans absorb more carbon dioxide, they become increasingly acidic and potentially harmful to a wide swath of sea life, from giant clams to tiny plankton that play a role in the diets of most things you might see at a local aquarium. Many of those species wind up on fishing boats, processing plants and dinner plates around the world.

Marine life -- from clams to king crab, sea urchins to salmon -- has supported the ecosystem of the region stretching from Oregon up to Alaska, and its human inhabitants, for centuries. (For the purposes of this series, we're calling that region the Northwest). But a mix of ocean currents and chemistry has put local waters on the leading edge of ocean acidification, a phenomenon that could produce profound changes to the marine food web and industries built upon it.

Here's how Terrie Klinger, an associate professor at the University of Washington's School of Marine and Environmental Affairs, described in a Congressional hearing the uncertainties and possible effects of ocean acidification:

"We won't see a total collapse of the food chains, but we will see substitutions... We may end up with food chains or food webs that are highly undesirable and not productive for the means that we use them today."

There's a lot riding on how marine creatures will adapt to acidifying oceans. The animals that dissolve in more corrosive sea water range from oysters, a bedrock species in the Northwest's lucrative commercial shellfish industry, to krill and pteropods, tiny sea snails propelled by wing-like feet that make up more than half of the diet of some young Alaska pink salmon. A recent study found that larvae of British Columbia's northern abalone died or grew abnormally in more acidic water, offering some of the first direct experimental evidence that changing sea water chemistry is negatively affecting an endangered species.

And here are two pertinent pieces of news for anyone living in this northwestern corner of North America:

1. Surprisingly corrosive waters have already been found off our shores.

2. It surfaced decades before scientists expected to see it.

What is ocean acidification?

Put simply, it's a process that lowers the pH of the oceans, causing them to become more acidic and corrosive. Those chemical changes speed up as the oceans absorb more carbon dioxide released into the atmosphere by burning fossil fuels, cutting down trees or other modern industrial processes.

The chemical reactions that follow are indisputable. When carbon dioxide reacts with water, it forms carbonic acid, the same weak acid found in soda pop. Carbonic acid breaks down into hydrogen ions, which make water more acidic. In a double whammy for some marine species, that process also locks up calcium carbonate ions and makes it hard to build shells and skeletons.

To be clear, seawater is not currently -- nor is expected to become in anyone's current projections -- an acid.

But as oceans absorb more carbon dioxide, they move closer toward the acidic end of the pH scale. And that shift can make life difficult for some marine creatures. (For humans, it's something like the difference between jogging on a 70-degree summer morning and during a 100-degree heat wave. Neither day is cold, but one is colder -- and less stressful on your body -- than the other.)

For reference, the pH scale runs from zero to 14, with pure distilled water a neutral seven. Anything below seven (battery acid, coffee and orange juice) is acidic, and anything above 7 (eggs, toothpaste, and bleach) is basic, or alkaline.

Before the Industrial Revolution, the average pH of the world's oceans was 8.2. Over the last several centuries, the average pH has dropped by 0.1 units. But that apparently small numerical change means the oceans are now 30 per cent more acidic than they were before we started powering industries and our transportation networks with fossil fuels.

If we continue polluting at current rates, some researchers estimate the ocean's acidity may double or triple by the end of this century, compared to pre-industrial times. To put that figure in context, here are some takeaways from a report by the Royal Society, one of the planet's oldest and most respected scientific academies:

For visual thinkers, here are maps of the world's oceans showing predicted pH changes in the next century if we do nothing to curb those emissions (courtesy of NOAA's ClimateWatch magazine):

Some creatures will do fine in a more corrosive ocean. Others will die. What we don't know is how those tradeoffs will play out, or just how far up the food chain they'll reach. In laboratory studies, for instance, clownfish exposed to acidified seawater lost their sense of smell and direction, squid grew sluggish, and some sea urchins became deformed.

Animals that build shells and skeletons, which make up 30 per cent of the species in Puget Sound, appear to be particularly vulnerable. In a slightly more acidic environment, those creatures must expend more energy to gather the carbonate minerals they need to make shells and skeletons. As water grows even more corrosive, those protective coatings and structures simply dissolve.

It's a chemical certainty that oceans will change as a result of the fossil fuels we're burning today. Beyond that, the universe of what we don't know is staggeringly large.

Will animals learn to adapt?

If acidifying waters kill off bedrock species in the food web, what happens to everything that eats them?

What substitutions will occur, and how will that affect the multi-billion U.S. and Canadian domestic commercial fishing harvest?

Will we learn to love jellyfish if the oceans become inhospitable to the fish we currently eat?

What happens to families who rely on productive ocean ecosystems for income and sustenance?

We'll get into some Northwest data in our next article, but here's a preview: if you tried to design a natural laboratory to study how valuable marine creatures will respond to increasingly acidic seas, it might look a lot like Puget Sound, the waters off the Seattle area which connect to the Strait of Juan de Fuca and, northward, to British Columbia's Strait of Georgia, all of which, taken together, has been named the Salish Sea.