The best works of speculative fiction can take aspects of the present to far-reaching extremes that are simultaneously familiar yet disturbing, offering us a magic lens that renders visible the machinations and ultimate repercussions of social, economic and political forces around us. 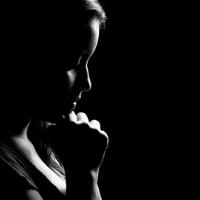 Waking up after the Pitt Meadows Nightmare

In a dystopian, post-apocalyptic North America, 16-year-old protagonist, Katniss, is one of two-dozen teenaged participants representing the country's 12 districts in an annual gladiatorial battle to the death conducted in a specially designed arena. It is no coincidence that the country where the Hunger Games are held is named "Panem." Commemorating a failed rebellion by the districts against the Capitol, the televised spectacle serves as part of the futuristic state's policy of "bread and circuses" or "panem et circenses," as originally referred to by first century satirist and poet Juvenal writing about ancient Rome's strategy to distract, appease and control the populace.

The futuristic world in The Hunger Games seems utterly believable, the logical extension of a voyeuristic, consumerist culture, where significant segments of the population are obsessed with reality television and celebrity news, while sticking their heads in the sand about the blatant social, political and environmental problems going on around them. The marked contrast between the extravagant Capitol and the impoverished districts in the Hunger Games is no less stark and no less unjust than the economic stratifications and disparities that exist today. As for exploiting children, cage matches with boys as young as eight fighting in front of sold-out adult audiences were held in England last year.

Suzanne Collins' bestselling young adult trilogy is a definitely page-turner. But I hesitated about going to the film. Meanwhile, my 10 year-old begged me to see it. He'd already raced through the first two books of the Hunger Games trilogy twice, reading the last one four times. I'd thoroughly enjoying them too, and was reminded of the speculative fiction I'd devoured when I was a teenager -- Brave New World, 1984, The Chrysalids, Dune.

For weeks, I debated whether to go with him or to wait until he was older. Somehow, reading about kids being forced to participate in Survivor-style games seemed qualitatively different than watching those kids trying to murder each other on screen. The violence would be much more visual and immediate, impossible to intellectualize even with an understanding of the false reality of film with its use of actors, stunts people and fake blood.

Finally, after reading articles in the Globe and Mail and The Telegraph that debated the appropriateness of the film for tweens, I went to see the film to decide for myself.

The film has parallels with Stephen King's The Running Man, as well as with Battle Royale, a Japanese novel by Koushun Takami which was adapted for film in 2000 about a busload of ninth graders forced to slaughter each other on a desert island. The film is mostly faithful to the book, although several minor characters are eliminated and the plot is significantly condensed. And of course, it's a Hollywood film, which means that Katniss and Peeta emerge remarkably unscathed after their two weeks in the computer-generated wilderness fighting for their lives. No matted hair or hollowed cheeks here.

Nonetheless, what is admirable in the book -- the depiction of the harsh effects of economic and political oppression, the disjunction between reality and reality television, the strength of friendship and loyalty -- remains in the film. Neither the book nor the film glorifies violence, cruelty or killing. In fact, the novel is much gorier and detailed in its depictions of death, whereas the film with its jump cuts and jittery handheld camera techniques shows violence only in glimpses. Even if the spectators in the Capitol are shown revelling in the annual blood sport spectacle, the protagonists clearly abhor it and do what they can to subvert it.

In the end, I agreed with Telegraph film critic Robbie Collin, who argued that The Hunger Games encourages the right response in viewers, i.e. "to find death sad, and shocking, and aaargh-worthy" in contrast to all the films aimed at youth in which deaths have little meaning (the Transformer series, the Terminator films, the Wrath of the Titans, and countless others).

So I went to see the film a second time, this time with my eager son. He watched it raptly. We elbowed each other each time the film diverged from the book, and I occasionally checked in with him to see how he was faring. He ducked in his seat during the tracker jacker and "muttation" attack scenes (much more abbreviated than in the book), but otherwise did not seem frightened or horrified. In fact, he had been much more anxious when watching certain scenes in the Star Wars films in the past.

When we discussed the film over the next few days, he reflected that "you didn't get into the characters' thoughts so much" given the film's shift away from Katniss' first person point of view in the book. I, too, missed the intimacy, tension and immediacy lost from shifting to a more omniscient point of view, as I did years ago in the screen adaptation of Margaret Atwood's The Handmaid's Tale. However, he "really liked seeing the control room" and how the games were overseen and managed by the Gameskeeper and his technical engineers. He also agreed that kids seeing the film should definitely read the book first.

One of the most moving parts of The Hunger Games is the friendship and collaboration between the protagonist, Katniss, and a tribute from District 11, Rue, a slightly-built 12-year-old who is described in the book as having "bright, dark eyes and satiny brown skin." Rue's male counterpart from District 11, Thresh, is also described as being brown-skinned in the book. It seemed natural and normal to us for those characters to be African-American, or from any brown-skinned ethnic group for that matter.

So we both were taken aback by the recent media coverage of a racist reaction to Rue and Thresh, the two tributes from District 11 who are portrayed by African-Americans in the film. An adult fan of the Hunger Games in Toronto created a site called Hunger Games Tweets on the popular blogging platform Tumblr, to expose some of the racist tweets which expressed shock and outrage that Rue and Thresh are black. One example includes remarks by one tweeter who had expected Rue to be a "little blonde innocent girl" not "some black girl." The site went viral, and was mentioned on the home pages of CNN.com, Buzzfeed, and Jezebel. Globe and Mail columnist Russell Smith has also commented on the phenomenon: "The racism in the tweets is quite open and automatic, and reminds even the hippest among us of why unfiltered, instant, totally democratic expression of emotion is not always the most progressive thing to hope for."

Ironically, because of the reported furor in the tweeting and twittering universe, The Hunger Games film has now risen in my estimation. Even if it could go much farther in showing the horrors and injustices of the totalitarian society described in the book, the film does an admirable job in depicting the struggle for trust, compassion and humanity in the face of brutality. If the racist worldview of certain segments of white teens and young adults is shaken and subverted by the notions of African-American heroism and interracial friendship and cooperation, then it's absolutely crucial, whether in popular films like The Hunger Games or elsewhere, to depict these things and indeed laud them as a way of recognizing how human dignity transcends racial divides.