Think back 25 years. Picture the way forestry used to happen along the coast of British Columbia. I remember driving past clear cuts that stretched from river bottom to mountain top, hillsides looking completely shaved of all life. Massive piles of log debris obstructing streams, preventing salmon from spawning. With increasing speed, the ancient trees that had taken thousands of years to grow were being mowed down for timber and toilet paper. 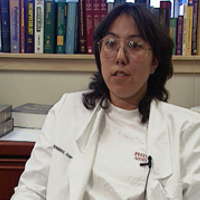 But not everyone was just standing by. On Meares Island off the west coast of Vancouver Island, the First Nations joined forces with environmentalists to stop logging. And on Haida Gwaii a campaign had been in the works since the early 1970s to protect the southern part of the archipelago. It was called the South Moresby wilderness proposal.

As a kid in the early '80s I had the poster of Burnaby Narrows on my wall. It seemed this iconic image from South Moresby was everywhere at the time -- the bright sea stars and abundance of rich intertidal life illustrating the beauty of the area and raising awareness of the need to protect it from logging.

Fast-forward 25 years. Saturday before last, I stood, along with hundreds of other people packed into a community hall on Haida Gwaii, for the singing of the national anthem.

The room swelled with drumming and voices singing the anthem of the Haida Nation. I was there with all the others to celebrate the 25-year anniversary of the Haida blockade at Lyell Island, a pivotal turning point in the long campaign to protect what was then called South Moresby and is now called Gwaii Haanas National Park Reserve and Haida Heritage Site.

At Athlii Gwaii (Lyell Island) in 1985, 72 Haida were arrested for blocking the road. After over 10 years of land-use planning, negotiations and court cases, the island was still being logged, and it was time to draw a line in the sand. The first to be arrested were Haida elders, and the images of old people in button blankets and regalia, being taken off a logging road by RCMP officers for protecting their land, raised awareness and support for the campaign across Canada. During the blockade, a Haida song known as the "Coming into the House Paddle Song" became known as the "Lyell Island Song." In 2010 it was adopted as the national anthem of the Haida Nation.

I tell the story of the anthem because much more than trees got protected in the campaign to save South Moresby. The Haida worked closely with environmentalists to draw a line across Haida Gwaii and stop all logging to the south. But similarly, environmentalists worked closely with the Haida to ensure that whatever happened would respect the right of the Haida to manage their lands. Ecosystem protection and Aboriginal rights went hand-in-hand during this campaign, and the legacy sets a powerful precedent.

It became clear, through the 10-hour feast, that many precedents have been set here. At such a potlatch, all attending are called to witness, to play a role in remembering the important community business that transpired that day and the stories that were told.

Children re-enacted the early days on the logging road. The elders who have since passed away were honoured with silence and with resounding applause. And stories were told. Of the courage it took to risk going to jail. Of the support from family and friends who sent food and money. Of the young people's surprise when a helicopter landed on the logging road and the elders got out, announcing that they had been silent too long and that they would be the first to be arrested. Of the tears of the Haida RCMP officer who had to arrest his own people. Of the strength and dignity and courage that the presence of the elders gave the young organizers and activists. 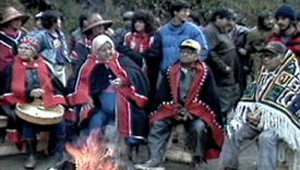 Blockading Haida on Lyell Island in 1985.

The names of all 72 arrested at Athlii Gwaii were read out, and those still present were called up to the front of the room to receive a blanket with the Haida flag on it. They stood there in a line, reminiscent of the line on the logging road so many years before.

Stories were told about all the support from across North America that helped make this a successful campaign. By the time of the blockade, Sierra Club BC was one of over 150 organizations that were active on the campaign to protect South Moresby. Supporters played a key role in lobbying governments and donating the money needed for the campaign and the Haida blockade. David Suzuki was there at the feast, telling about how the Nature of Things episode on South Moresby got more letters and calls than any other show he's ever done. Bruce Cockburn gave a fundraising concert in Vancouver in the '80s, and he was at the feast also, singing old classics as well as a song about stolen land that he wrote for the campaign. Svend Robinson was the only non-Haida arrested during the blockade. A young MP at the time, he had been invited up by the Haida to come and see the logging for himself. At the feast on Saturday, having flown in just for this from Switzerland, he talked about how the strength of the Haida Nation and the story of Gwaii Haanas has inspired and influenced other struggles and has made a difference around the world.

The need for Watchmen

Stories were told about the importance of having Watchmen looking after the land. In the 1970s a man named Captain Gold paddled alone in a canoe down Haida Gwaii to the old village sites. His dedication inspired what became the Haida Watchmen program. Since the early 1980s the men and women of the Haida Watchmen program have journeyed down into Gwaii Haanas, acting as cultural interpreters for tourists while protecting the ecosystems and village sites. Spending time as Watchmen has offered an opportunity for many Haida to re-connect with the land and with their culture.

Stories were told about working together. Gwaii Haanas brings together the Haida and Parks Canada in true co-jurisdiction and shared decision-making. And now finally, the original vision of protecting land and sea together has been realized. A marine component (the National Marine Conservation Area Reserve and Haida Heritage Site) has been added on to Gwaii Haanas, and the joint management board will be expanded to include Fisheries and Oceans Canada as well. It is the first place on this planet that is protected from mountaintop to sea floor.

The stand taken at Lyell Island, for ecosystem protection of land and sea and for Haida title to the land and waters, catalyzed much that has happened since then, such as the recent 2007 land-use plan which protects about 50 per cent of Haida Gwaii and calls for ecosystem-based management over the rest; such as the ongoing marine use planning for the waters surrounding the islands; and the Giving the Name Back with Respect Ceremony this past spring, where the name Queen Charlotte Islands was given back to the province of B.C. in a bentwood box and the islands are once again to be known as Haida Gwaii. Just as courage and resolve was needed to protect this magical piece of the earth, so too will courage and resolve be necessary to learn to work together, to implement what was started at Lyell Island.

But nor are the struggles over. John T. Jones, the elected Chief Councillor of Old Massett, who was arrested at Lyell Island, reminded us that we need to keep Enbridge and the threat of tankers in mind. "If we need to go to the line again, we'll go to the line," he said.

There may be challenges and struggles ahead as well as behind, but rest assured there will also be dancing. The grainy photos from the '80s show the young Haida activists dancing in the small cabin they built for the blockade. And all throughout the feast last Saturday, the dancing continued. With drums and singing, in button blankets, in woven cedar hats, wearing carved cedar masks... there were dancers in bear skins, dancers with eagle arms, dancers moving like ravens... there were astonishingly large and beautiful masks of spiritual beings that were being danced for the first time, such as the creek woman who calls the salmon back each year.

More than anything, it was clear how much Gwaii Haanas means to so many people. "It is a great feeling to know that my children will grow up and be able to experience the land and water as I have," said Ernie Gladstone, the Haida superintendent of Gwaii Haanas. And as April Churchill, vice-president of the Council of Haida Nations, said, "If we take care of the land, the land will take care of us."

So from the young girl who had a poster of South Moresby on her wall all those years ago, I want to say haw'aa (thank you) to the Haida for making the stand at Lyell Island. I am humbled by your vision and your courage. Haw'aa also to the determined and dedicated non-Haida supporters who fought long and hard for so many years to protect this piece of earth. I am indebted and deeply grateful.

a generation at a crossroad
chose to stand