Canada's maternity and paternity leaves make me proud. Friends south of the border gasp and shake their heads when I tell them about it. They also tend to one-up each other with stories about just how bad it is down there. 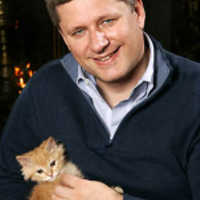 One friend worked at a company that allowed a six-week leave. She took another six weeks by going on "disability" leave, which remains on her national employment record. After that, she had to go back full-time, or resign.

Another friend was in management at her company, so had to play by the rules (no "disability" leave or banked sick or holiday days for her), to avoid setting a bad example for other female workers. She had to go back full-time two weeks after giving birth. Two weeks.

But, um, wait, that's actually what most of my Canadian, self-employed friends do. They go back to work somewhere between two and eight weeks. It's time to admit that while we have a good system for some, we have the bad and the ugly for others.

I know it's easy to gaze at the greener pastures my salaried friends seem to live in. I know it's a difficult job, but it's one that also seems worthwhile. And the reality is neither I nor most of my self-employed friends will get to experience that.

I know, as a male friend reminded me yesterday, that for those of us who choose this life, it is just that, our choice. And also that self-employed parents have advantages salaried ones would kill for, like a flexible schedule. One friend, back at work after her mat leave, has to appeal to an unsympathetic boss when the day care calls to say her kid is sick.

But I talked to one self-employed friend of mine, about to give birth. She has not only not told any of her clients she's due (fearing they'll think of her potentially "unreliable"), she has told them she is going away for two weeks on vacation, and will be back almost full-time after that. She has subcontracted the work that comes in during her "vacation," and will be checking in starting the day after she delivers.

For her, it's not just her certainty that if she leaves her clients for a year, she won't get them back. But the fact that to take a year off, she'd need big savings, something most people of childbearing age don't have.

Choice: the whole point of feminism

Many women say the time they spent with their young kids was essential. Amber Strocel, a blogger, told me that her mat leave year was critical for bonding and development, for the baby's health, and for hers. A salaried engineer, she returned to work when her daughter was a year old, at which point her daughter was OK without her for several hours at a time. But said before that, it would have been a different story.

If she was in charge, she'd bring in a program like Quebec's, in which self-employed women pay in, then are able to take a certain amount of paid time off, based on their contributions.

I'm certainly not saying women should stay home for a year. The savage mommy wars are still raging -- with righteous stay-at-home moms and equally righteous working moms each asserting the damage the other is doing to their children. The casualties of those are ordinary women who are crippled with guilt about whatever decision they make.

I take the apparently radical view that "choice" is the whole point of feminism. That whatever a mother knows is best for her and her kids is likely to lead to the best situation.

But self-employed women don't have same choice -- unless they are in a partnership (and 20.6 per cent of kids are currently raised by single mothers in Canada) and that partner's salary is enough to support both of them (also rare).

What this means, then, is that only women who have the choice to take some time off work to raise kids are full-time employees and wealthy people who don't need to work. Those in the female self-employed class, on the other hand, can't do it, or will endure great hardship if we do.

Don't get me wrong. I'm also not saying women should breed. Motherhood shouldn't be essential to being considered a full woman. And you could argue that a financial cushion for self-employed women could lead to more babies. And more babies, as David Foot argued, is the worst things we can do for the environment. That may be true. But why are we the ones forced to make that sacrifice?

So self-employed women who really want to be mothers, who aren't striving to be the Octo-mom, need a similar, even playing field as our salaried friends.

Not a marginal issue

There's the misconception that self-employed people are mostly male entrepreneurs, making serious bank, and writing off lunches and sports cars. In reality, almost half of the self-employed are women, according to Stats Can (a number that has risen sharply over the last decade), and the average pre-tax earnings of a self-employed worker are $19,770 compared to $37,000 for a salaried worker. Almost 15 per cent of workers are self-employed.

I'm no economist, but I'm pretty sure we need small business to keep the economy strong and diversified. And I talked to a woman yesterday who said she left her very successful small business to take a lower-paid, salaried job because it offered maternity leave benefits. She might not have a kid, but she wants the option.

To the naughty stair?

Steven Harper's government is the most recent one to make self-employed parental leave a campaign promise (it already exists in Quebec). But the issue has been ignored, left to sit on the naughty stair ever since -- and everyone knows that just leads to tears.

This month, the MLA from Vancouver East, Libby Davies, asked a question in the House about the "very necessary" changes to EI, "particularly with maternity and paternity benefits for self-employed people."

The minister's answer was simply that the government is "committed to helping all workers." Thanks a lot. Looks like we'll be sitting on the naughty stair for a good while longer.